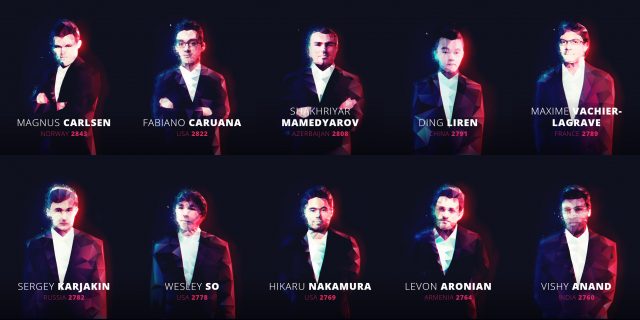 Graphic: Norway Chess
The 6th edition of Norway Chess begins tomorrow. What makes Norway the self-proclaimed "World's Strongest Tournament"? The event will feature the reigning World Champion, the Challenger, 8 players from the world top 10, and a 2791 average rating. Here's the full list of the impressive 10-player field: Who has the best chances to win? The World Champ and Challenger, Carlsen and Caruana, are both big favorites as they also hold the top two spots by rating. However, this is a field where a victory by literally anyone in the field would not be a surprise. Interestingly, the player who's won Norway Chess the most times is Sergey Karjakin. Past Winners   Round 1 begins at 10:30 am EST on Monday, May 28. Watch live at http://live.norwaychess.com/ or Chess.com/TV For more information, visit: