NJH Off to Quick Start with Blitz and Bug

The 2019 National Junior High School Championship is off and running! The main event starts on Friday at 1pm, but there were lots of important side events to keep early arrivers busy. Thursday saw the Bughouse Championship in the morning, while the Blitz Championship was contested in the afternoon. GM Jeffery Xiong is giving a simul as this piece goes to press on Friday morning, and US Chess Executive Board Member NM Ryan Velez is holding the first of his three seminars for parents as well. Thursday’s Bughouse Championship drew 28 teams vying for the title. Several strong players paired up to try and crush the opposition. Perhaps the strongest team was NM Max Lu and NM A Costello, who cruised to victory with a perfect 10-0 score in the five round event! 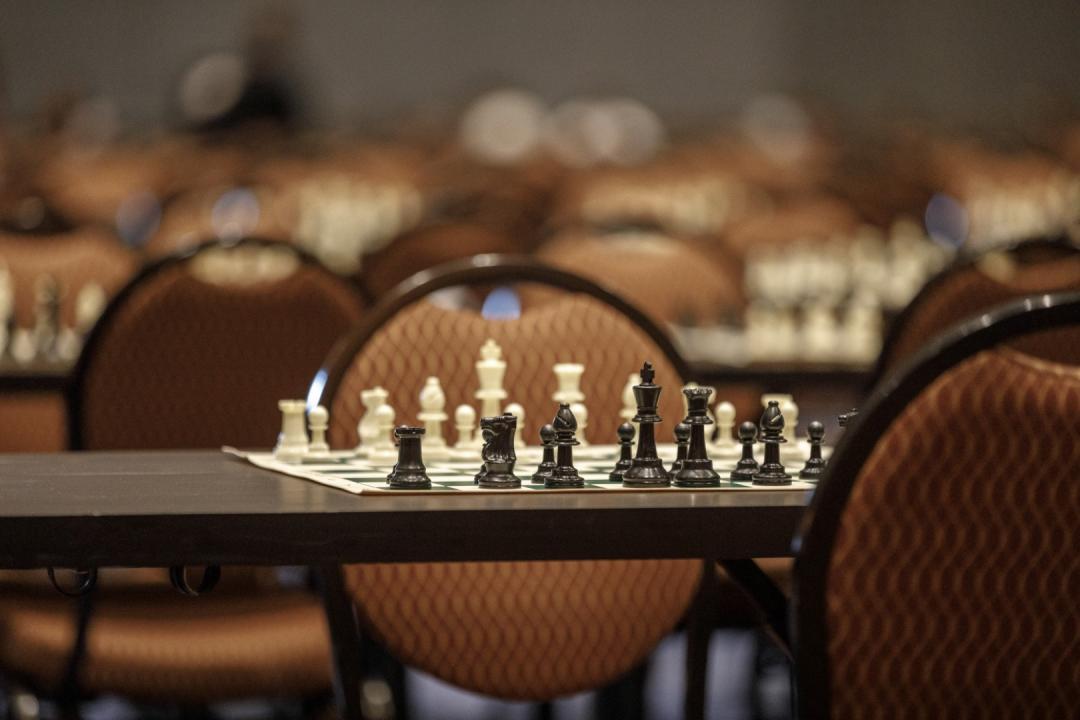 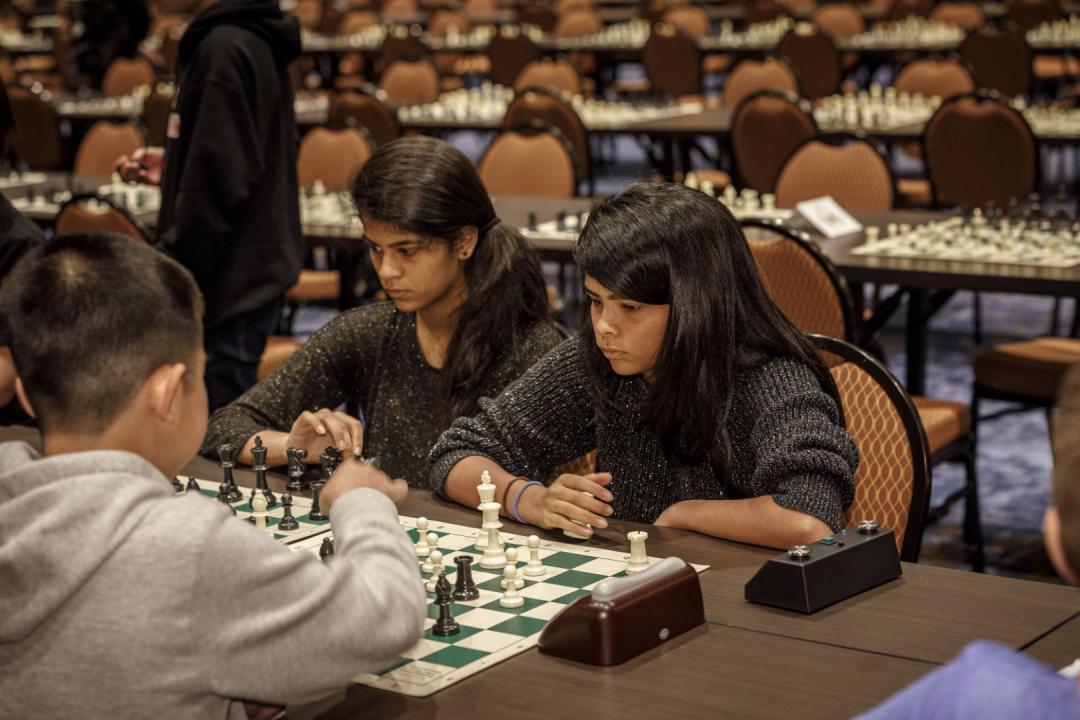 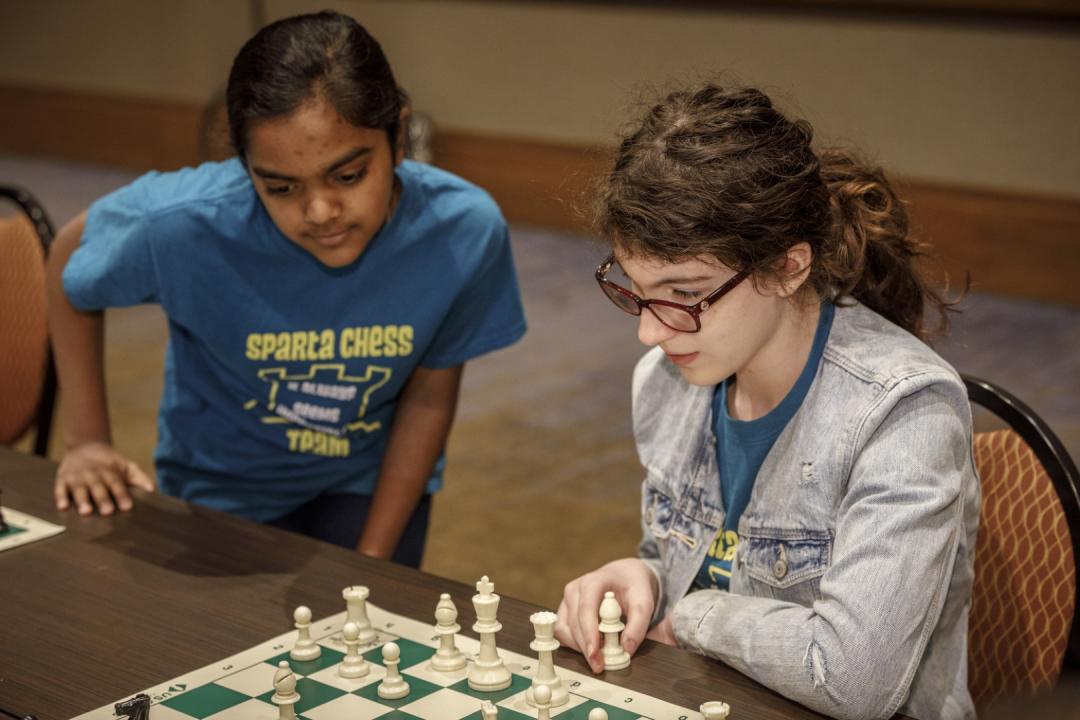 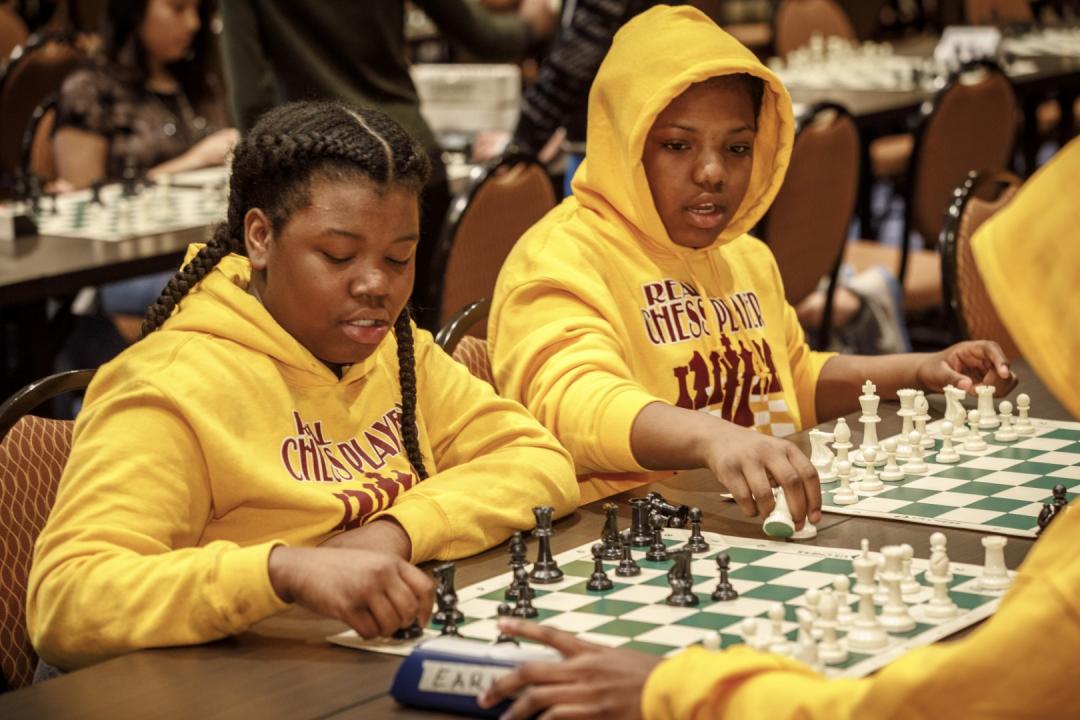 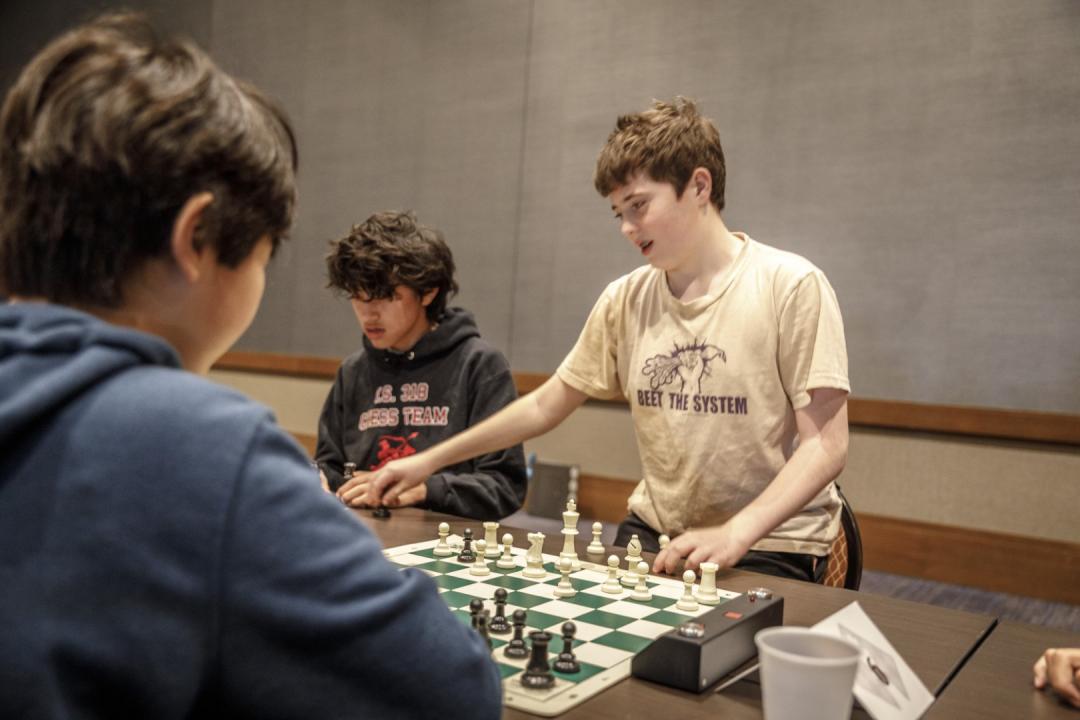 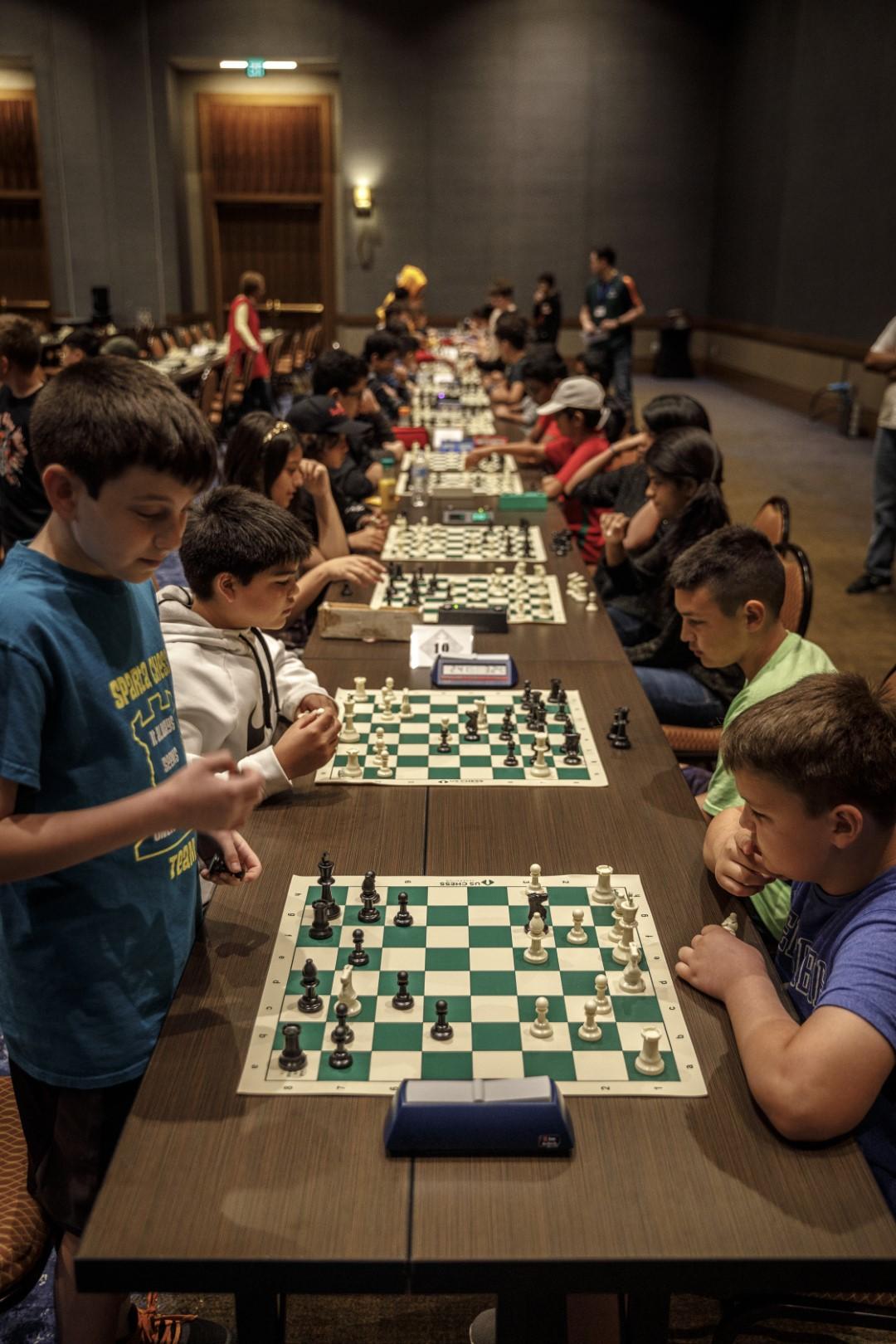 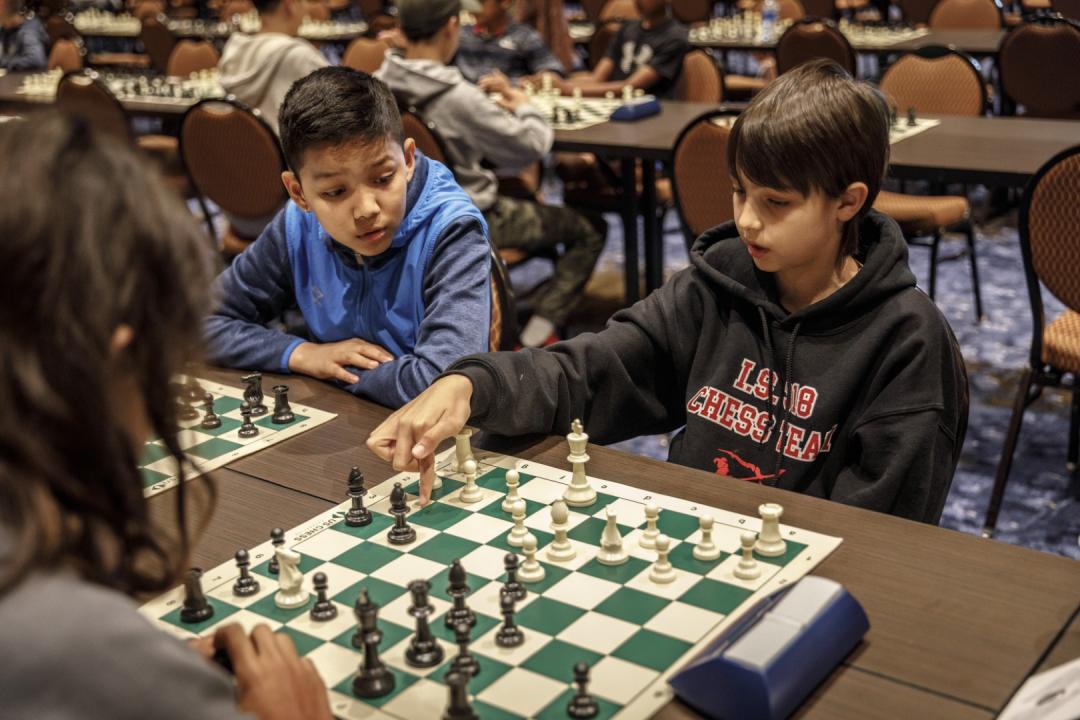 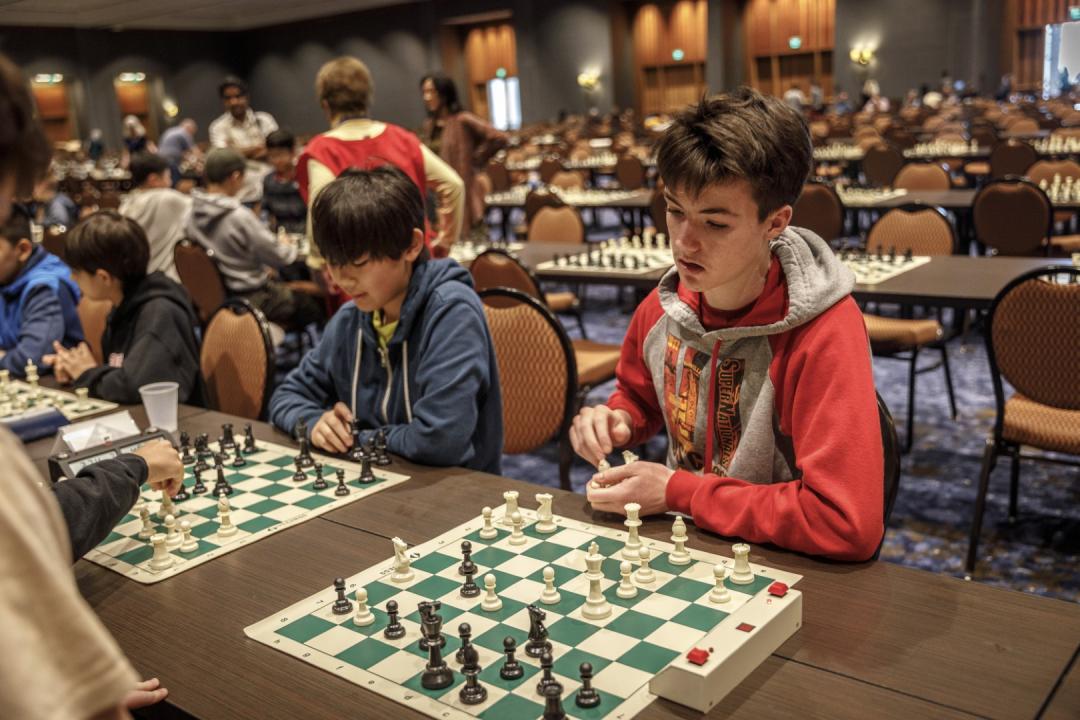 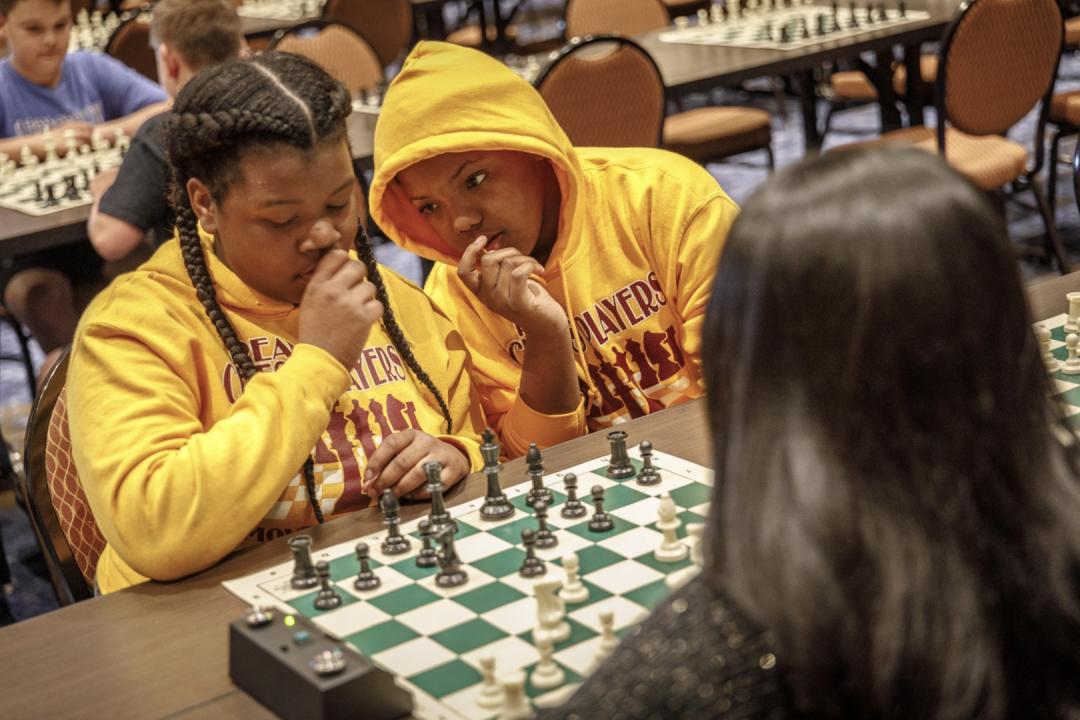 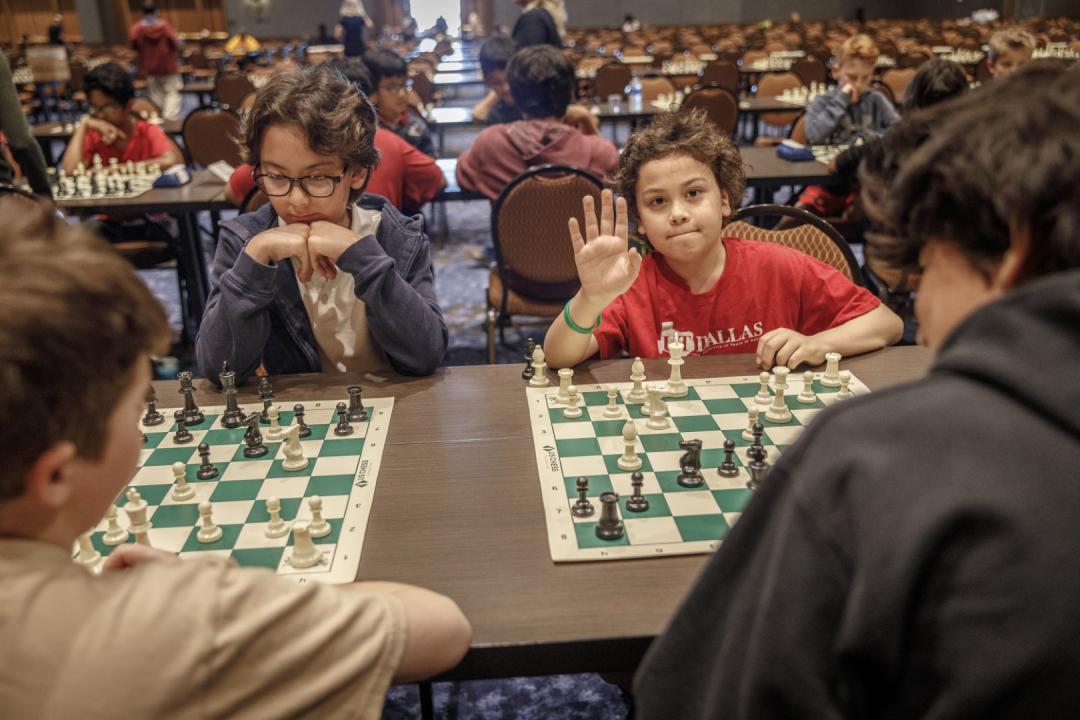 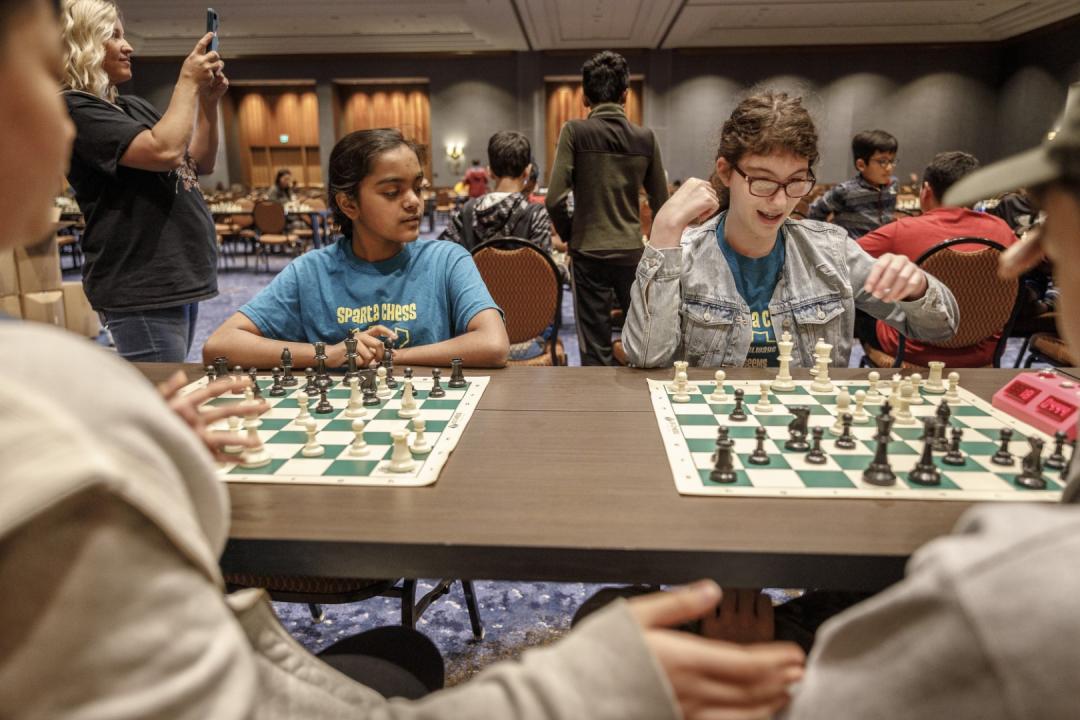 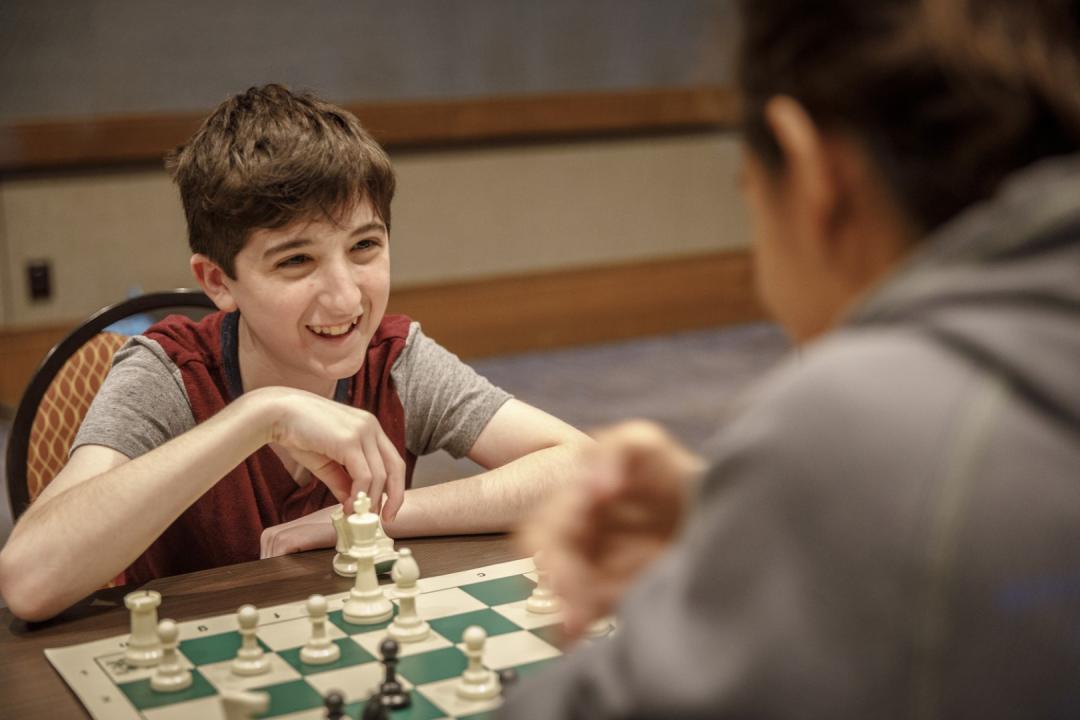 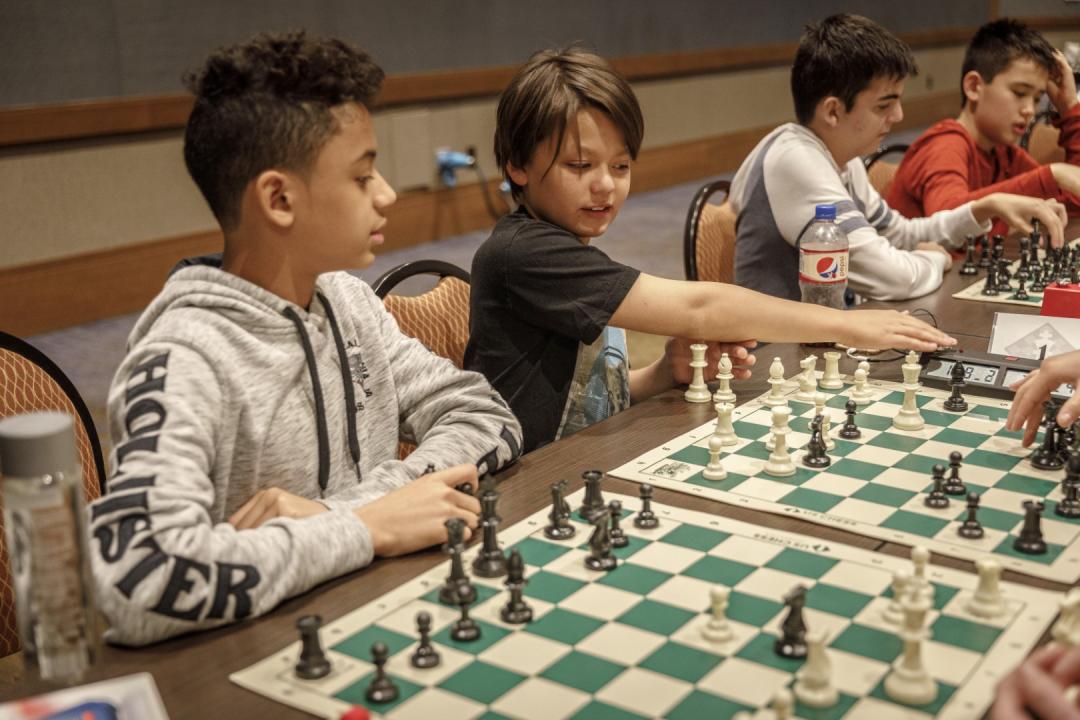 The Blitz Championship drew an amazing 179 players. When the dust settled, FM Aydin Turgut was victorious with a nearly perfect with a score of 11.5/12. Turgut started as the third seed, but in the crucial 5th round he defeated second seeded Max Lu by a score of 1.5/2. Those were the only points Lu would give up as he finished in third place with 10.5/12 points. Defending K-8 national Champion Winston Ni finished in clear second with a score of 11/12. 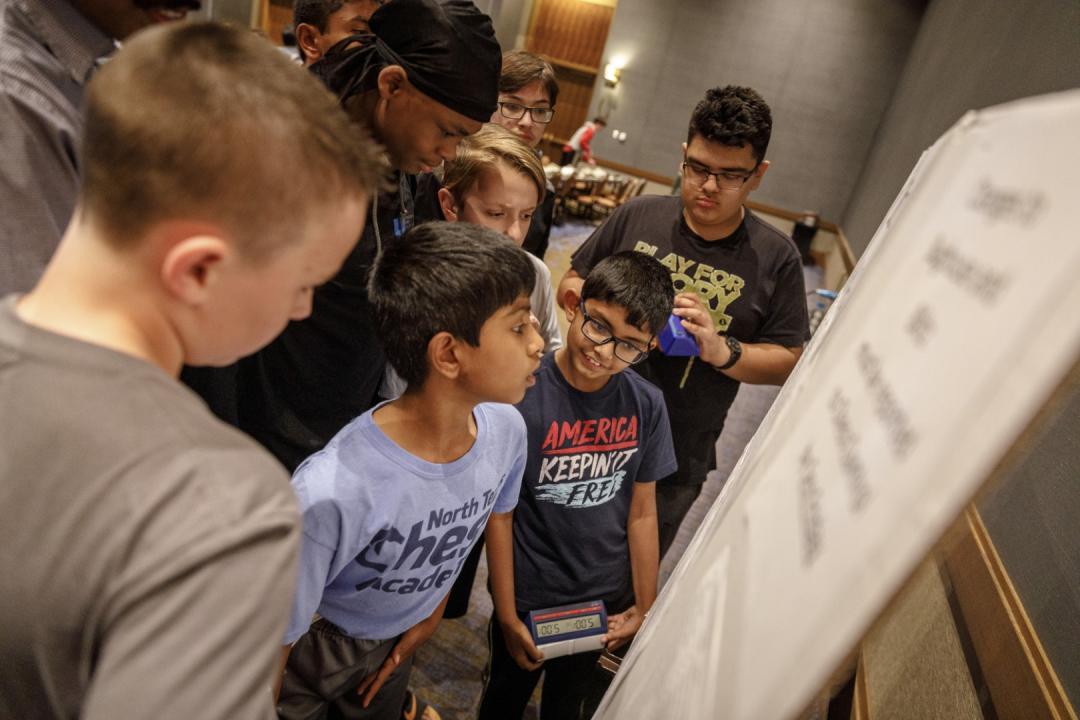 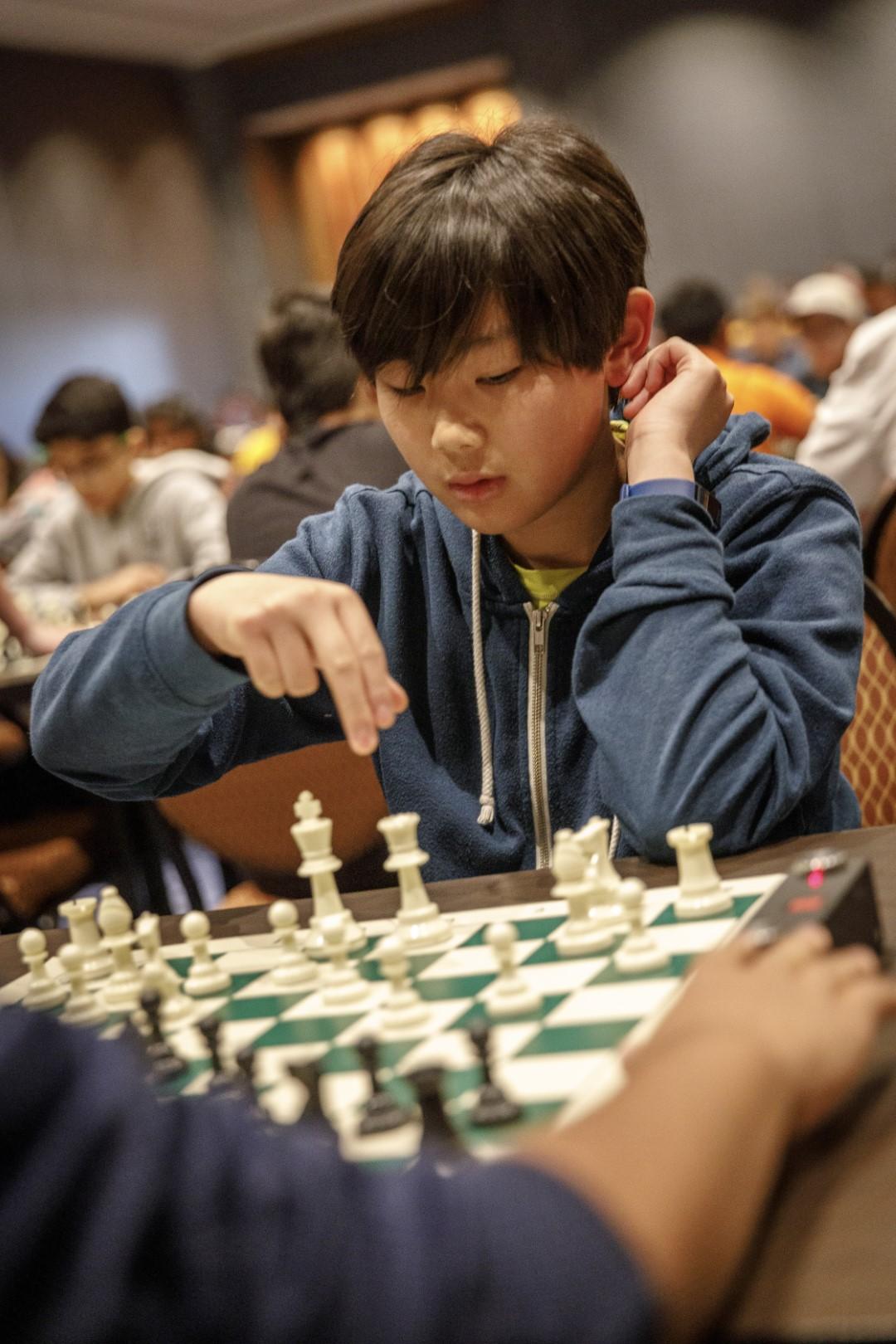 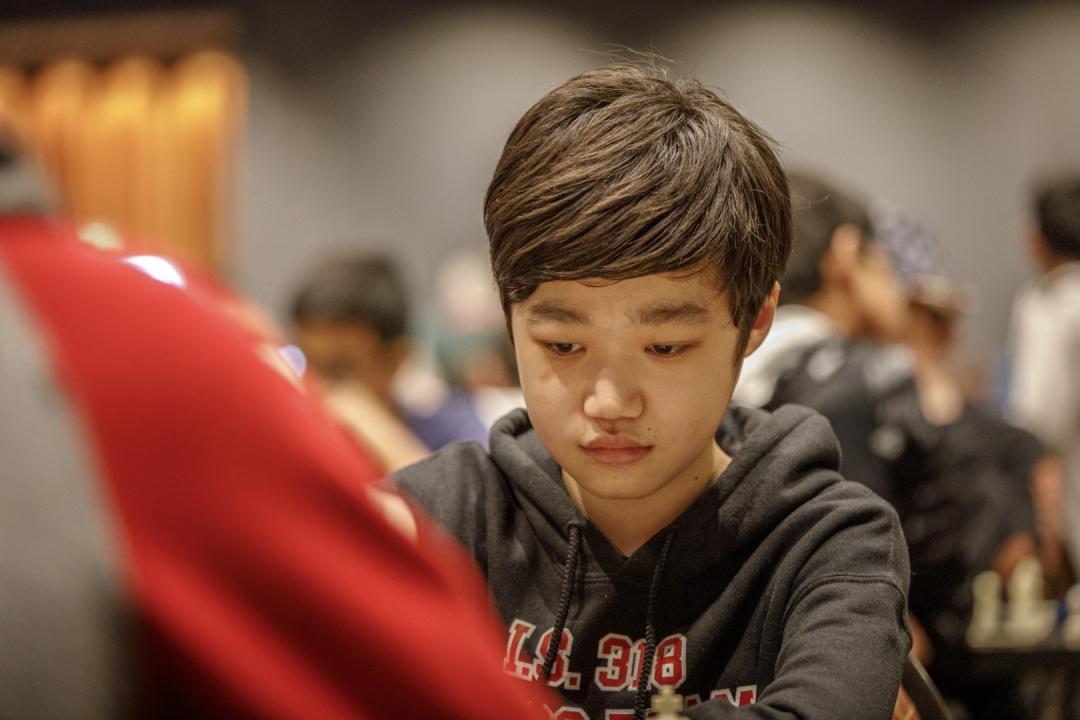 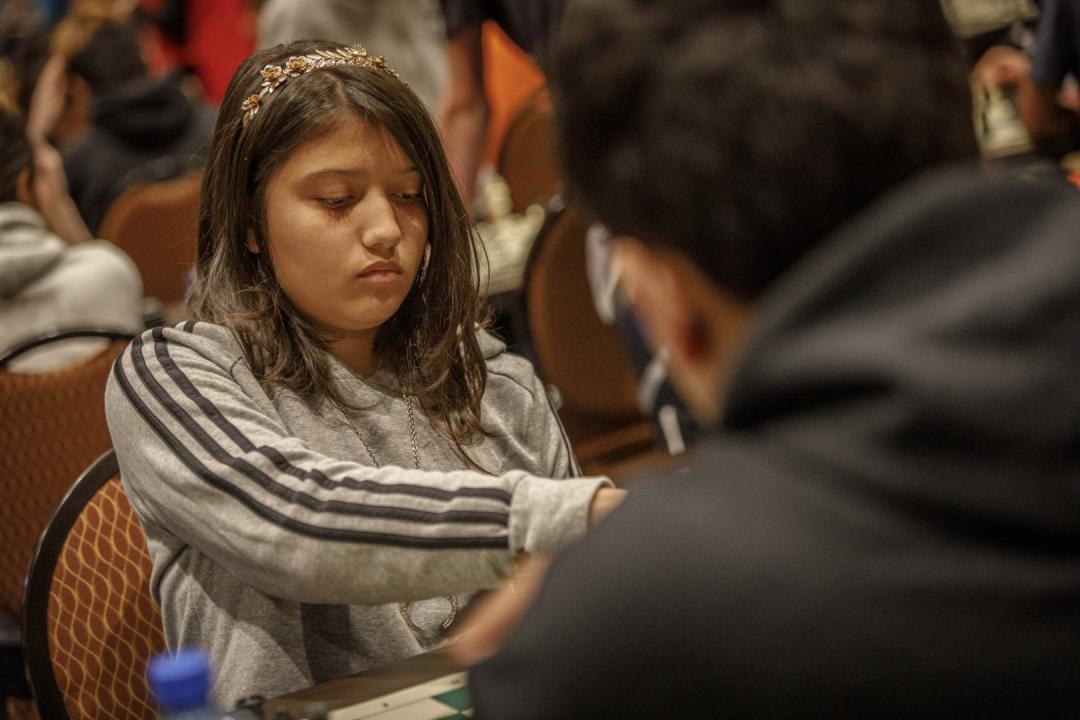 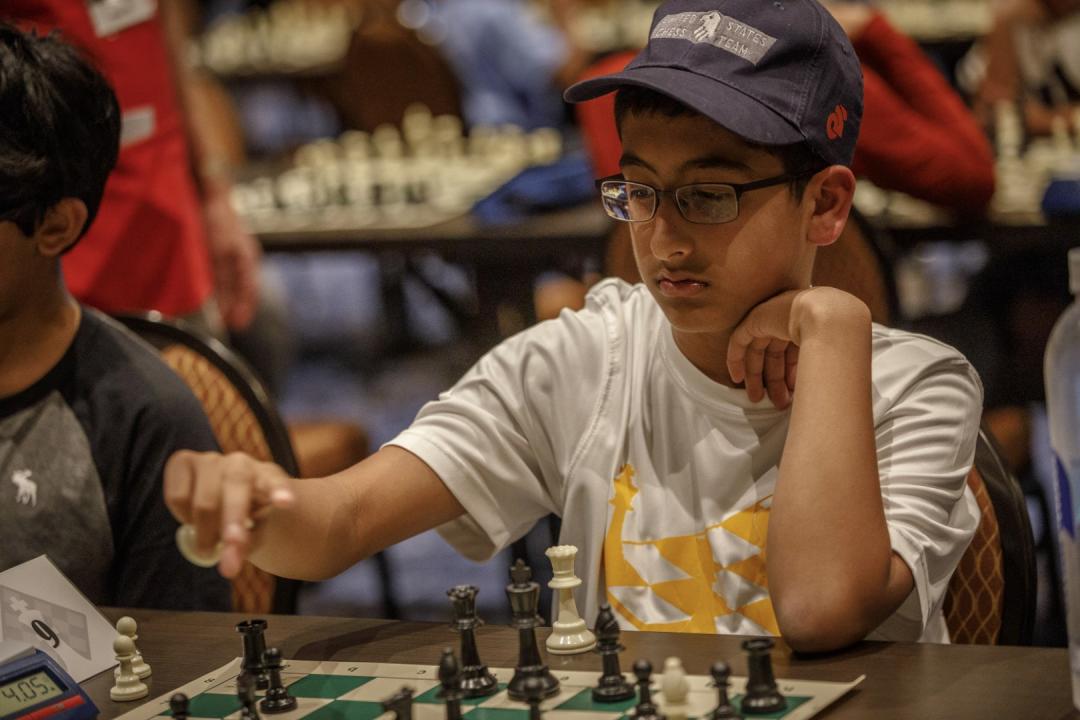 Canyon Vista Middle School (Austin, Texas) won the team blitz title with a score of 33.5 points. Canyon Vista didn’t have any of the top seeded players, but their team depth – they boast an an expert plus three A players – propelled them to the win. IS 318 (Brooklyn, NY) took second place, finishing with 30.5 points. Jeffery Xiong is in the middle of his 30 board simultaneous exhibit as this goes to press. https://twitter.com/USChess/status/1121779185909936128 Xiong will take on all comers in blitz from 2:30-4:30pm on Friday, Saturday, and Sunday. He also gives a lecture tomorrow morning at 11:30am. Ryan Velez is also wrapping up the first of his three educational seminars. You can catch the next two in the San Saba 3 room on Saturday and Sunday at 10am. 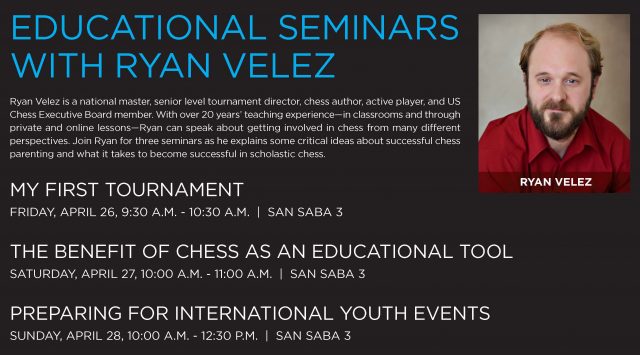 There are an impressive 1251 entries in the six sections, although this may change with late entries and cancellations. Defending K-8 Champion Winston Ni is back, making the move to the ninth grade section this year. With three masters in the K-8 Championship and five in the K-9 Championship, there is sure to be much excitement and many quality games. The top six boards in the K-8 and K-9 will be broadcast live. Junior High School Championship Quick Links: Standings and Results  Information Live Games  Twitch  #JHSChessChamps on Twitter
SHARE: