"It's Never Easy:" David Hater on the JHS 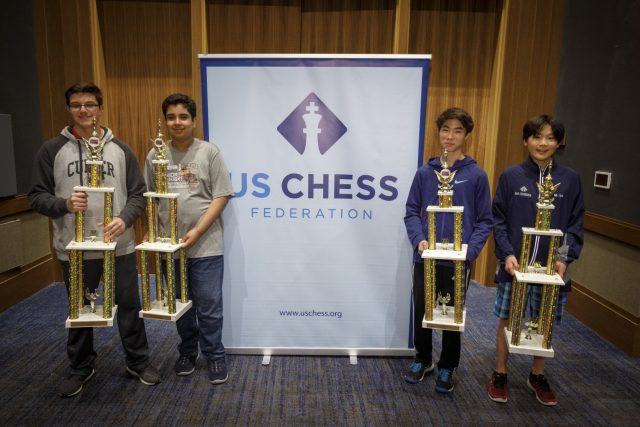 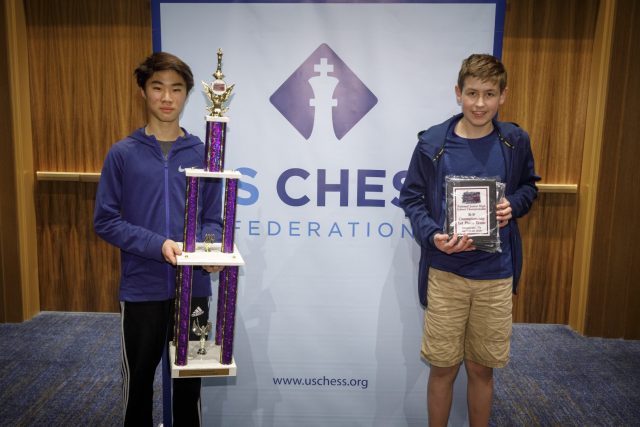 T.H. Rogers School, 2019 K-9 Team Champs (photo R Anderson)
Because the K-8 Championship section was much larger than the K-9, with 292 entries compared to 162 in the K-9, it was not out of the question that the section could finish in a massive first place tie. Two players entered the last round at 5.5/6 - Shunkai Peng and Shelev Oberoi – and 17 players trailed by half a point at 5/6. Had board one ended in a draw, any of 19 players could have shared the championship. But Shunkai Peng had other plans. He defeated Oberoi to finish at 6.5/7 and as the undisputed National K-8 Champion. 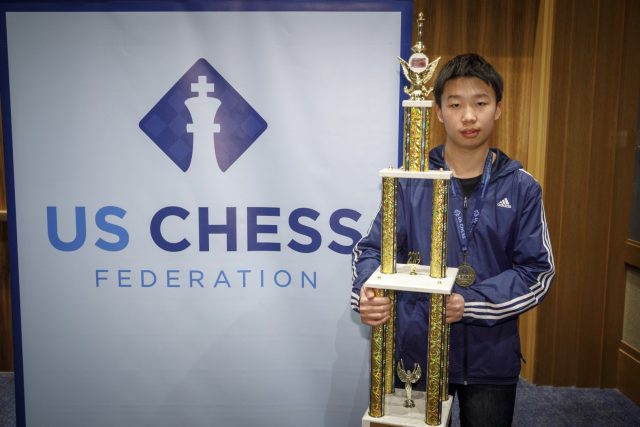 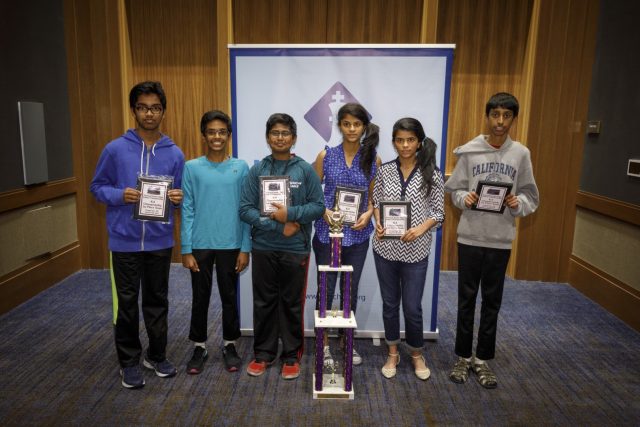 Canyon Vista Middle School, 2019 K-8 Team Champs (photo R Anderson)
GM Michael Rohde will analyze some of the winner’s key games in a subsequent article, so I will not present those games here, but they can be found at uschess.live. US Chess had the elite duo of IM John Bartholomew and WGM Sabina Foisor streaming on-site for the final three rounds. Sean Pry was of immense help in ironing out the inevitable technical glitches, and his contribution was most appreciated by streamers and staff. The video is available for play at the US Chess Twitch channel: http://www.twitch.tv/uschess. All the tournament details including final standings and rating reports can be found at http://www.uschess.org/tournaments/2019/jhs/. Under-section winners were: K-9 Under 1250 Individual: Luke Walsh & Mitchell Kellen, 6.5/7 K-9 Under 1250 Team: I.S. 318, Brooklyn, NY, 22 points K-8 Under 1000 Individual: Canaan McDougle, 7/7 K-8 Under 1000 Team: Metcalf, Burnsville, MN, 22 points K-8 Under 750 Individual: David Kadari, 7/7 K-8 Under 750 Team: I.S. 318, Brooklyn, NY, 22.5 points K-9 Unrated Individual: Jaxon Green, 7/7 K-9 Unrated Team: Highland Oaks Middle School, Memphis, TN, 21 points
SHARE: