The Magic of Chess [Video]

US Chess is delighted to share our new video, the Magic of Chess, which premiered last week on The Atlantic's website. The video features children from the 2019 National Elementary (K-6) Championship explaining what chess means to them. https://www.youtube.com/watch?v=Tr8F0Xp5Cq8&t The New York Times said of the Jenny Schweitzer Bell-directed video, “It’s cute cubed, plus thought-provoking.” The Times had a chess story go viral earlier this year when they told the story of one of the participants in this video, Tanitoluwa "Tani" Adewumi of New York, a Nigerian refugee. Tani learned the game just a year prior while living in a homeless shelter and went on to win the K-3 section of the New York State Scholastic Championship. The subjects of The Magic of Chess were from the Kindergarten through first grade (K-1) and the Kindergarten through third grade (K-3) sections of the National Elementary Championship. Director Schweitzer Bell says, “For me, as a mother of a child who simply loves the game, it was my intention to focus not the competitive aspects of the chess world, but rather what a deep commitment to chess can potentially offer someone, young or old.” 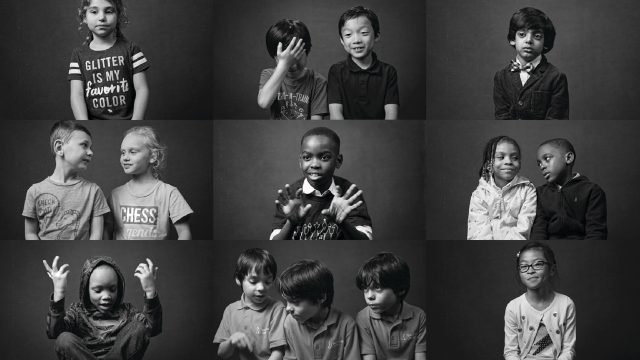 The children reflect this back, as young Charlotte says, “Old people shouldn’t be forced to learn chess, but if they want to learn chess, surely they can!” In fact, US Chess believes chess is a game for all and this sentiment is embedded in our mission to empower people, enrich lives, and enhance communities through chess. The executive producer is Richard Schiffrin, a supporter of US Chess with his wife Barbara Schiffrin. The producer is Jennifer Shahade, the Women’s Program Director for US Chess. Schiffrin, Schweitzer Bell, and Shahade also worked together on the 2018 US Chess video, "Girls in Chess."  Share and embed the video via our YouTube link.   To spread chess literacy in your community, download and share our US Chess Rule book and look for a tournament in your area on our TLAs. To educate new players, US Chess also recommends the chesskid classroom lesson planner, as well as Dr. Jeanne Sinquefield's "Learn to Read and Write Chess."
SHARE: