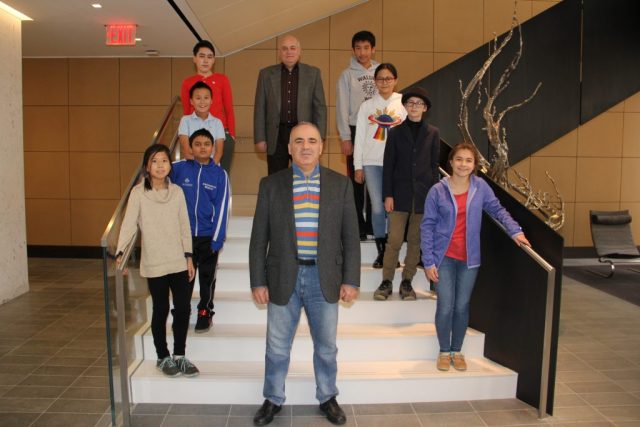 This year’s participants: on the left Rochelle Wu (California), Abhimanyu Mishra (New Jersey), Christopher Yoo (California), Brandon Jacobson, (New Jersey). Right: Anastassia Matus (Minnesota), Nico Chasin (New York), Bibisara Assaubayeva (Russia), Andrew Hong (California). Center: Garry Kasparov and Michael Khodarkovsky.
The Kasparov Chess Foundation (KCF) and Saint Louis Chess Club have been running the very successful Young Stars program for the past six years. The program has helped develop several American chess prodigies from across the country, including the likes of GM Jeffery Xiong and GM Sam Sevian. Students have been capped off with individualized training sessions with Kasparov’s coaching staff and special training sessions with Garry Kasparov himself. This was an installment of the Global Young Stars program, an you can find applications for future sessions here: The latest of the Young Stars camp brought forward a talented new generation. This KCF camp was the first serious training session for some of the players present, and it gives them new opportunities to jump start their game. Held at the KCF offices in Manhattan, students came from as far as California and even Russia! We anticipate more students from other continents to be a part of the program in future editions. 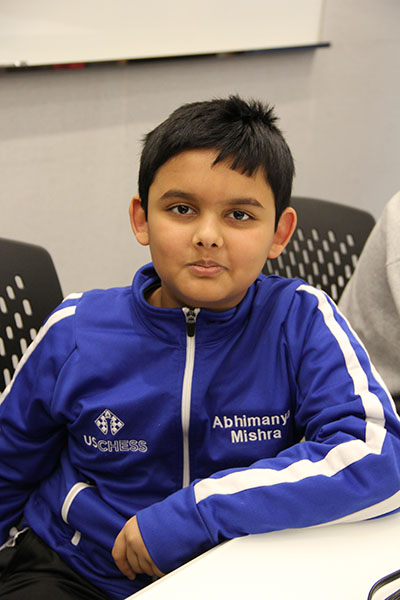 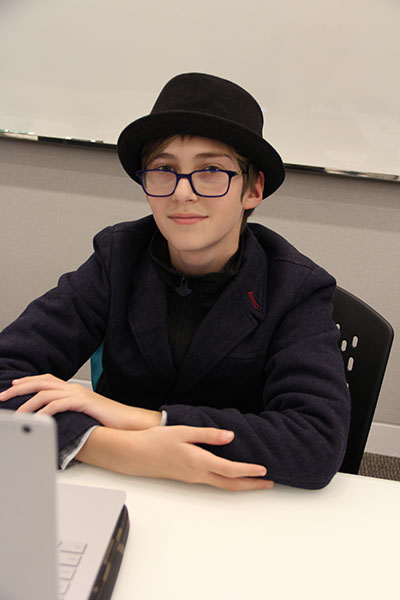 Nico Chasin from New York: Bronze medalist of the 2018 World Cadets Championship u-12 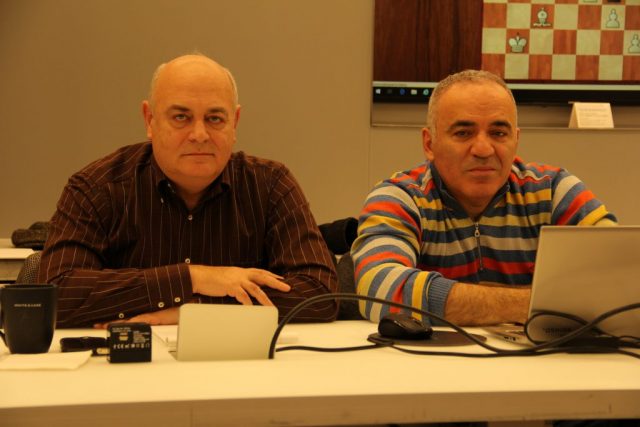 Kasparov Chess Foundation director and FIDE Vice President Michael Khodarkovsky along with Garry Kasparov
Try your luck with two of the puzzles from the camp. Warning: these are quite tough, remember, these are the Young Stars, after all!

White to play and win

White to play and draw