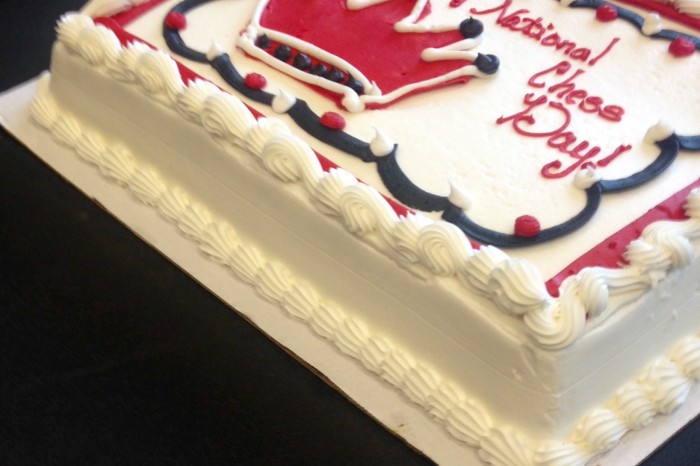 2015 National Chess Day cake in Memphis, TN
National Chess Day is coming up on October 8th, 2016! Two star-studded events will be going on over the big holiday weekend.  The third edition of Millionaire Chess, this year in Atlantic City, will span from October 6-10 in Harrah's Atlantic City. Find more details in the latest update, as well as the official website.  America's top three players, now all Olympic gold medallists, GMs Fabiano Caruana, Wesley So and Hikaru Nakamura will all be participating in the Isle of Man Chess International, an Open tournament which runs from October 1-9. Follow along on the official site. If you are playing or involved in a special event that coincides with National Chess Day, please share with us on social media @USChess on twitter or facebook. Organizers and players: To submit games and photos for possible inclusion on US Chess News, email jshahade@uschess.org and vwest@uschess.org. To get a sense of the diversity of events on National Chess Day, see last year's report. 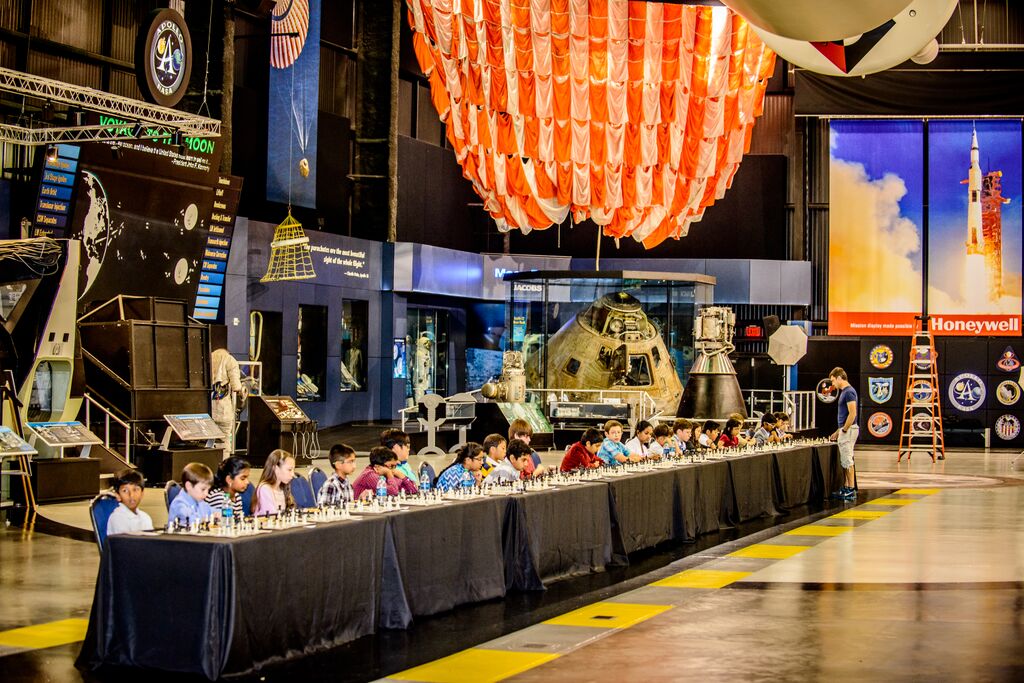 From 2015 National Chess Day, "Chess Under a Rocket" in Alabama, featuring a simul from GM Alex Stripunsky.
SHARE:

In Ohio, the Stark County District Library, in Canton, will hold its 4th National Day of Chess tournament October 8th. For more information visit Stark Youth Chess League website.
There will be a 15 Round Friendly Feud Quick Draw contest between OK and AR players. The day will be comprised of six rounds of G5 Blitz, 5 rounds of G10 Blitz, and 4 rounds G20d5 Quick Chess to determine the winning state to capture the travelling Team Trophy. Top Scoring individual from each state will also leave with a very unique clock as a memento of their victory. Additionally, each player will receive a pen and ink illustration with a famous quote about blitz, as a reminder of their participation in the 2016 Friendly Feud to celebrate the National Day of Chess. The event will take place at Big Jake's Cattle Co in Van Buren, AR. TD Karis Bellisario
Isle of Man International is not an Open tournament. There are restrictions for playing in the event depending on your rating. The way you have it listed would imply that any player with any rating can be in the same section as So, Caruana, & Nakamura. Just look at the web site connected with the event, that shows things [i.e. sections] as they really are for the event.
[…] event will coincide with National Chess Day, and will also feature the return of US Chess Scoop […]
Dear Friends, My name is Patrice Binaisa. Please kindly keep me in the chess loop. Thanks. Patrice https://www.facebook.com/photo.php?fbid=10155297766893294&set=a.10150945333548294.519799.562513293&type=3&theater
I think this is a great idea, National Chess Day here we come!!!!!!!!!!!