Firouzja Flies to Victory in Rapid and Blitz

He promised himself that when he came Saint Louis, he would win the tournament.

And so he did. 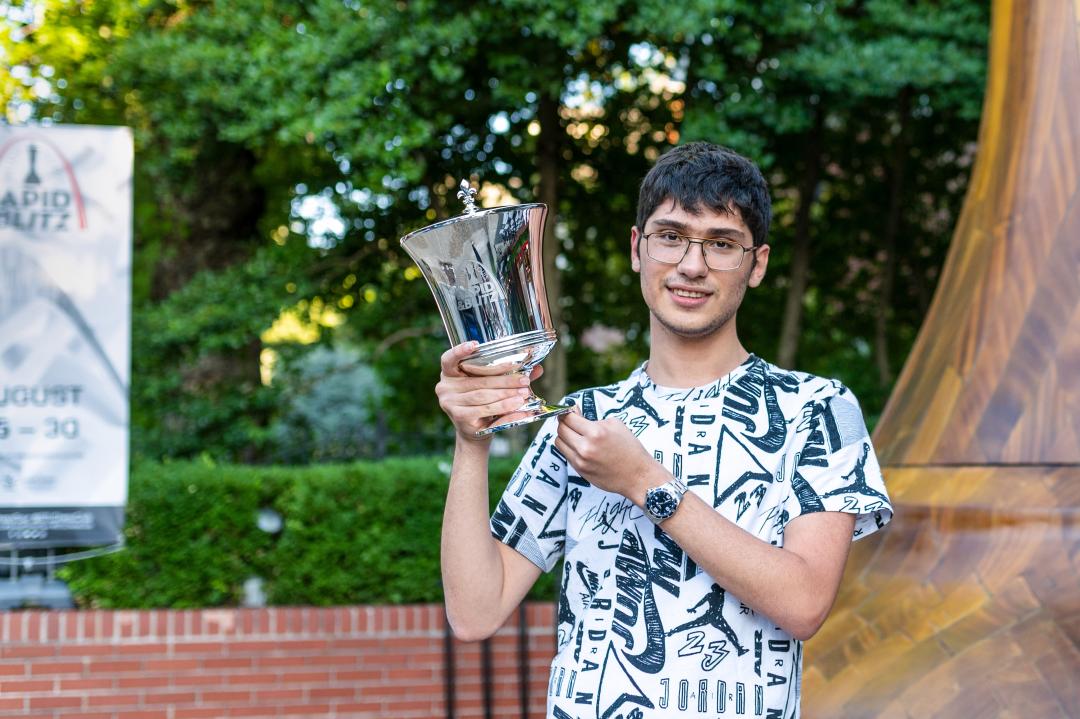 GM Alireza Firouzja, in his first appearance at the Saint Louis Chess Club, showed every last bit of his considerable skill to claim victory at the 2022 Saint Louis Rapid and Blitz. 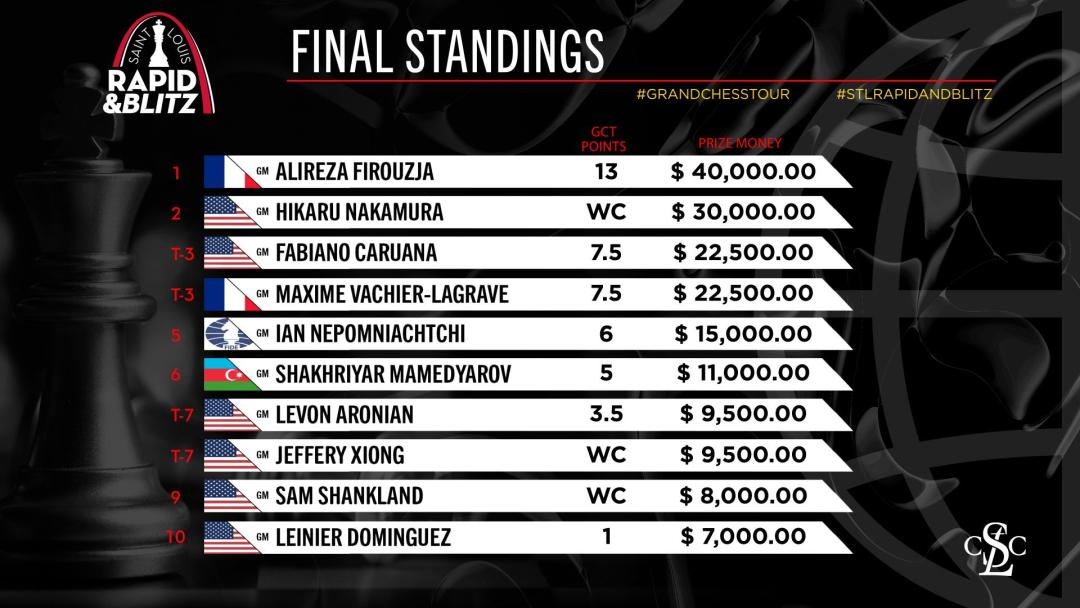 After tying for first place in the Rapid portion of the event, which awarded two points for a win, one point for a draw, and no points for a loss, Firouzja went on an absolute tear in the Blitz, scoring 15/18 with a performance rating of well over 3000. Only GM Hikaru Nakamura could keep pace with the French-Iranian phenom, but even he had to give way. Their round 13 encounter, where Nakamura could not hold an attempted fortress, ended up deciding the Blitz component of the event. 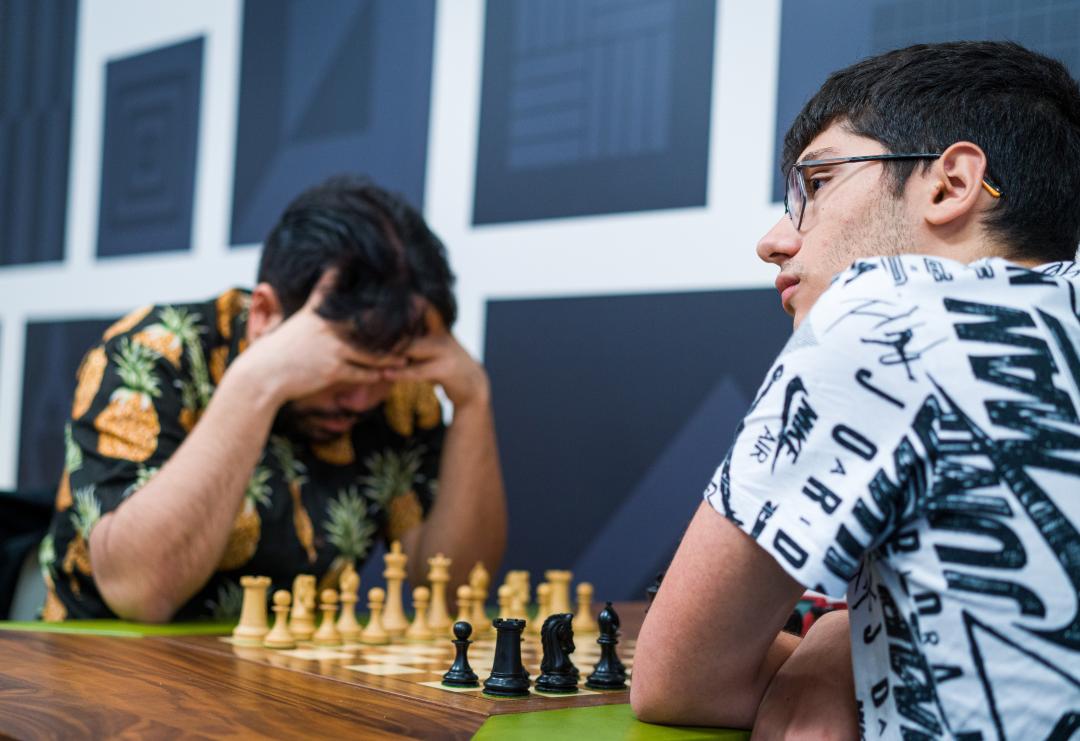 The skills required to win at rapid and blitz time controls are different, so it is interesting to see how the crosstables shook out in each event. While GMs Sam Shankland and Maxime Vachier-Lagrave did well in the Rapid, each had a tougher time in the Blitz. And Nakamura’s vaunted blitz skills could not bring him success in this Rapid event, as he finished at the bottom of the table at -2.

The Rapid and Blitz sets up an interesting situation in the overall Grand Chess Tour standings, where Vachier-Lagrave and Firouzja are in first and second place heading into the Sinquefield Cup. With up to 13 GCT points up for grabs for the Sinquefield winner, victory on the Tour is still entirely up for grabs. 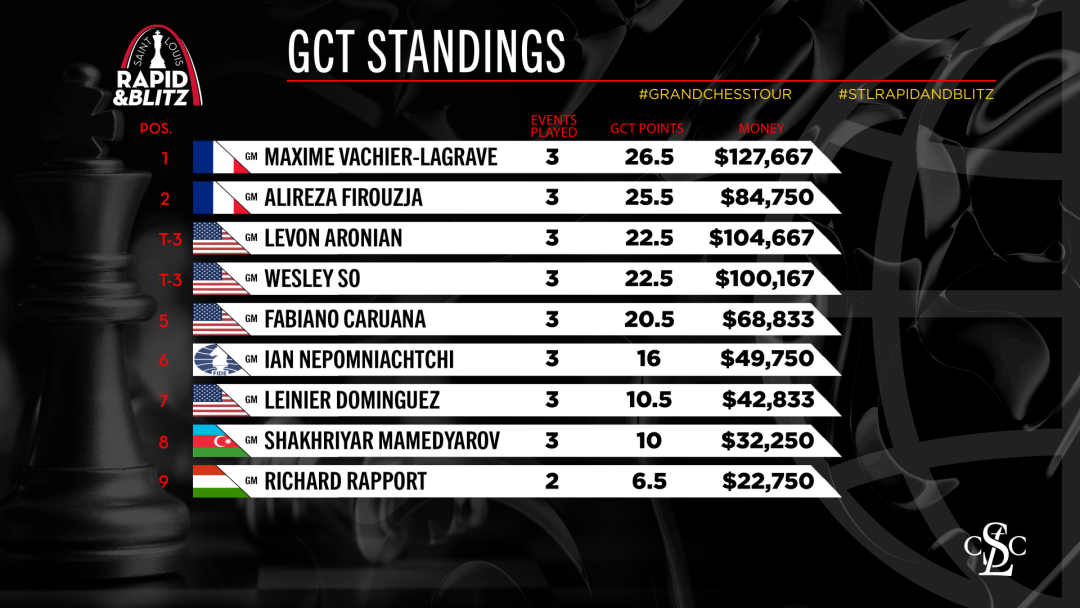