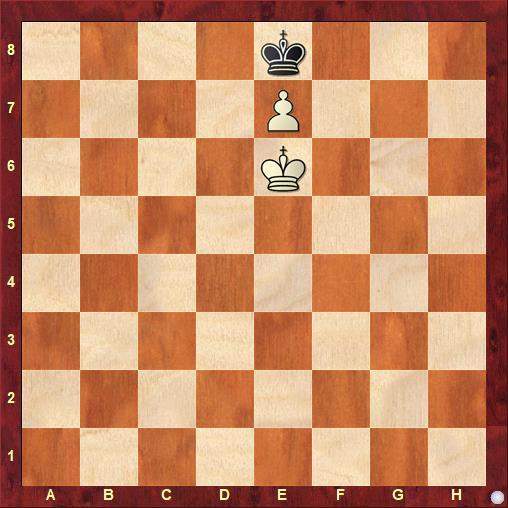 How did the concept of a draw evolve?

In 1614, Arthur Saul published The Famous Game of Chesse-Play, which influenced later terminology and rules. In a lengthy passage, Saul notes:

Many men on both sides were lost...so that the game were indifferent, and then I say, one of the gamesters should give over the game and draw the stake...

In other words: in such a simplified game with no winning prospects for either side, either player might draw the stakes -- that is, declare the game a no contest. To avoid abuse of such a unilateral decision, the opponent could require that the game continue, but only if he bet to win at additional stakes.

I was struck with the possibility that Saul's phrase draw the stakes might be the origin of the term draw in chess. The Oxford English Dictionary states that, before Saul's time, the term draw the stakes referred to sporting situations in which one withdrew either stakes or entry from a competition. Examples are a horse race being drawn by consent in 1698, and of bettors being advised to draw stakes in 1708. 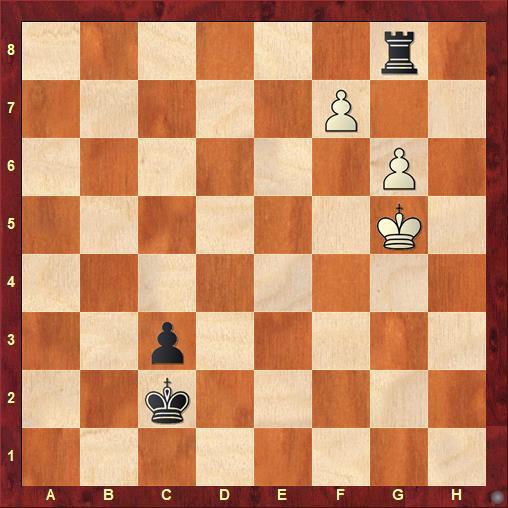 I also encountered the same theory in a different sport, discovered in the Dictionary of Cricket by Michael Rundell, which states:

In fact, the word draw itself, in its sporting sense, derives from the practice of drawing or withdrawing the bets made on a contest when its issue was undecided.

Examples given are cricket matches from the 1730s being called a drawn battle when the match couldn't be finished, and again when the teams drew stakes after reaching a tie score.

By the late 1700s, chess books were using the term draw in a more modern sense. Robert Lambe's History of Chess used the term drawn game in 1764, and the expression showed up again in Miscellanies by Richard Twiss in 1787. Around 1800, an unpublished manuscript titled The War of the Chessmen described Giuoco Patto as:

Drawn game. An ending in which the combatants lack the force or else the knowledge with which to give mate.

The earliest clear statement directly mentioning players agreeing to a draw I found in a book titled Studies of Chess from 1805, which said:

Of a Drawn game: If it not be superfluous to put it anywhere it must be added here, that whenever from the greatness of the loss on each side (the more potent pieces, and those capable of becoming so, being gone) or from any other cause, it becomes certain that neither party can give the other check-mate; the game is to be discontinued as insipid and useless, the players consenting to draw their pieces to court decision in a new party.

By the early 1800s, draws were being defined mainly as simplified endgames where forcing a win was impossible, but by 1838, chess authors were recognizing that draws might be agreed several ways. Examples included when finding a win might be possible, yet both sides act on the defensive; neither party chooses to attack his adversary; or when the player attempting to win is pretty sure to overreach himself, and lose. 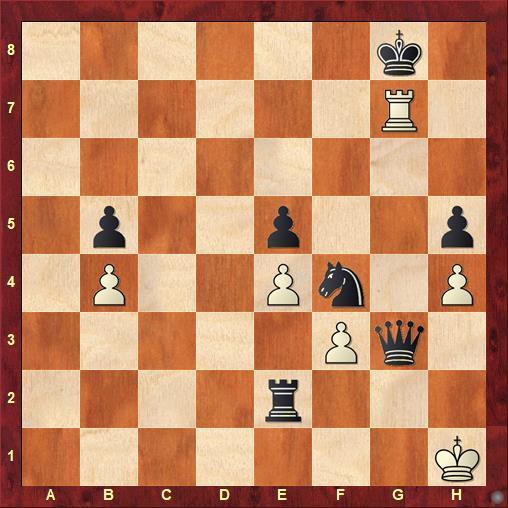 Yet draws were regarded as non-games, meant to be replayed, keeping with Saul's original idea that to draw stakes meant to leave the contest unfinished. A New Treatise on Chess in 1841 described a drawn game as being in law no game, adding: Drawn games of every description count for nothing.

That began to change in the 1860s, when the practice of scoring draws as half-points was occurring in tournaments. Soon thereafter, the issue of players engaging in pre-arranged or non-competitive draws for the sake of tournament points became a concern and contributed to early criticism of chess professionalism. 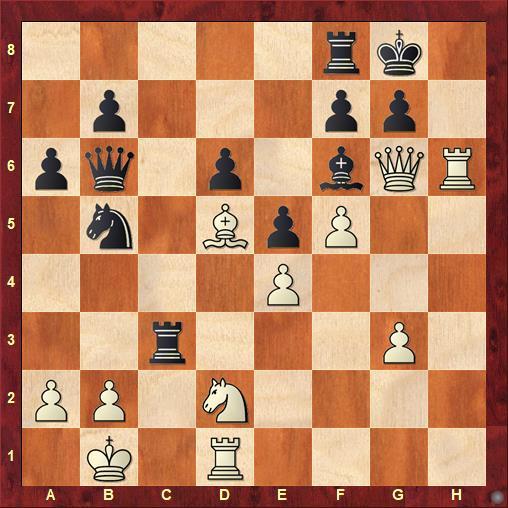 Interesting! Thanks for writing about this.

This is an excellent article…

This is an excellent article! The reference to stakes in a game played by sophisticates makes me wonder what role it had in honor culture among elites who played. It seems like evolving the custom for drawing stakes would have honor implications. I wonder if the game began to have a different societal meaning as the ideas of draw and stakes changed. Looking forward to more analysis and study from Mr. McCrary!

Wonderful series! This first article points to hard evidence of a fact that has been all but forgotten by modern chess players and fans, and that is just how often chess was a GAMBLING game early in its history. Players routinely bet on the outcome. The original meaning of "draw" in the sense of "withdrawing the stakes" tells us that players neither won nor lost their stakes. A "drawn game" meant that both parties (ALL parties?) simply took back their money, effectively nullifying the wager. Incidentally, there is further evidence of this in Diderot's Encyclopédie, in the article on Echecs (Volume V, 1755), where it says that if you move to checkmate without verbally declaring "checkmate" out loud, you could only claim HALF the stakes. So, in 18th century France at least, there was a monetary penalty for failing to announce checkmate!

This has come up in an…

This has come up in an argument about Renaissance Art. When did the rule of White on the right come into the game?

Saying that chess historically was a gambling game... is misleading. The law today in most jurisdictions specifically cites chess as a game of skill -- not gambling.

Players bet on THEMSELVES --- the unknown factor was not random luck in the games per se... but having no clearcut way to evaluate player skill.

So the stakes were on the players.

Contrast this with gambling on dice games --- whatever moderate skill exists, here the random element is the gambling attraction. Players become interchangeable.

The stakes in chess were more akin to stakes on a boxing match.

The rule of white on the…

The rule of white on the right is addressed in the next installment. Stay tuned! John McCrary

On chess as a gambling game:…

On chess as a gambling game: Well, I didn’t think I was saying anything all that controversial, but I do understand that it might offend some players’ sensibilities to think that anyone ever wagered money on a game of chess. Such righteous indignation quickly becomes untenable when we look at the facts, however. I hate to break it to you, but someone, somewhere, is wagering money on chess right now, even as we speak. Chess is now, has always been, and will always be, a gambling game – at least in some contexts. I myself have been known to lose a few bucks to the chess hustlers of New York City. They are still there, last time I looked. College kids have often been known to play for beer and pizza. Even a tournament entry fee is technically a formal wager against the prize money offered. Over the years, Las Vegas has been known to offer odds on important chess matches. Chess betting is common in Europe, and has recently become common in the USA due to the introduction of sports bettings apps that have soared in popularity due to the COVID-19 pandemic. We could go on and on – and on. Historically speaking, if John McCrary’s 17th century references and Diderot’s Encyclopédie from 1755 aren’t enough to convince you, it is also worth pointing out that many scholars argue that some early forms of chess may have incorporated the use of dice. And how do you think Philidor made a living as a chess master, in an age before formal tournaments or world championships? Just by charging for lessons or publishing his book? No, I can assure you that at least some gambling was involved. In fact, the giving of odds at chess, such as “pawn and move” or even removing a minor piece or rook before starting the game, as a handicap to compensate for differences in skill, was done precisely so that the monetary stakes could be made even. Note that I am not arguing that chess was always a gambling game. Just that it often was. And more often than people seem to realize. (For example, refer to H.J.R. Murray’s monumental “A History of Chess” 1913, at pages 652-3, for an interesting discussion of medieval wagering on both chess and chess problems, apparently a fraud-ridden practice.) Today the term “gentlemen’s bet” usually implies a bet for no money, but in fact we know that the gentlemanly and aristocratic classes of old Europe were rapacious gamblers who habitually wagered on absolutely everything. They did not make an exception for chess, any more than they would have for boxing or horse racing. And by the way, that was the weirdest part of the comment, where Chesspride mentions the sport of boxing, and seems to imply that the stakes in boxing are somehow non-monetary. On what planet, exactly? Tom Gallegos, Chess Collectors International

Very interesting Article! Thank you for the knowledge shared..??