Elshan on the Women's World Champs: Kudos to Those Who Make it! 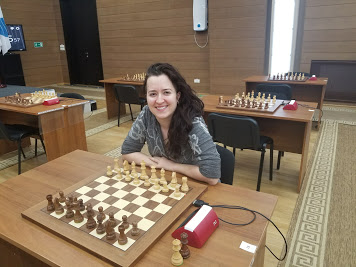 As CLO editor Woman Grandmaster Jennifer Shahade covered in her article, Grandmaster Irina Krush eliminated her first round opponent International Master Inna Gaponenko from Ukraine in the first round of  the Women’s World championship 2018, in Khanty Mansiysk, Russia. The seven-time US Women’s champion controlled her nerves in tiebreaks after somewhat uneventful draws in the classical games to advance to the second round. Irina started the first game of tiebreak in a good fashion and obtained a clear edge out of the opening. Things looked good for Irina until things got messy. After winning the first game of such matches, professional players usually try to play solid dry lines to force a draw and qualify to the next round. However, this was not the case for Irina at all. Being an aggressive Sicilian player, she opted for a dubious line which is not easy to refute in a practical game if one is not familiar with the line. Her mild gamble paid off. Right out of the opening, White’s hasty attack had no merit but to force a draw. Gaponenko’s endeavor to keep the game going just let Grandmaster Krush to mobilize her pieces for a strong counter-attack which she converted into a win masterfully. Tomorrow Irina will face none other than the current world women’s champion Ju Wenjun, who had a day off as she simply managed to outclass her first round opponent from Australia with two wins. 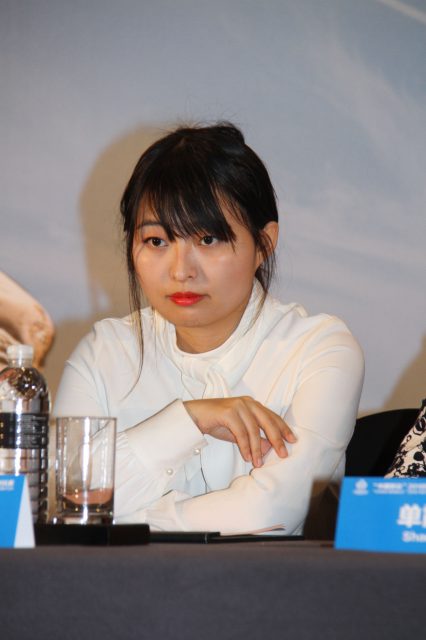 Ju Wenjun, Photo Cathy Rogers
Things didn’t go as sweet for the other American player, WGM Sabina Foisor who had a rough Olympiad and shared that sentiment with others on social media. Determined to turn the table here, Sabina (full disclosure: she is my fiancé, and I coach her!) buckled up and fought hard against former Women’s World champion Antoaneta Stefanova. Sabina was a heavy underdog, outrated by over 200 points. Still, things seemed promising for the rapid play off. Nevertheless, single moves and moments decide these matches. The crucial moment came in the following position, where despite black’s advantage, Caissa favored the Bulgarian GM. Sabina tried her best in the second game but she had less experience in the position than her opponent. Despite the final result Sabina told me that she feels optimistic about her coming months and felt that it was the turning point she needed to start playing better. The two Americans celebrated Irina’s victory at a nearby Georgian restaurant. As for other matches, in most of them the higher-rated player prevailed. The biggest upset was Girya’s 2-0 loss to her Chinese opponent Mo Zhai, where she was over a hundred points higher rated than her young opponent. After losing in the first game when she got a totally winning position out of the opening, Girya’s second game didn’t go according to plan either. When the game seemed to fizzle out to a draw a blunder led a nice victory for the Chinese! https://twitter.com/chess24com/status/1059077880175570947 Tomorrow the round starts at 5 am EST!  Kudos to those who make it!
SHARE: