Now we know with certainty: It truly does happen to the best of us. 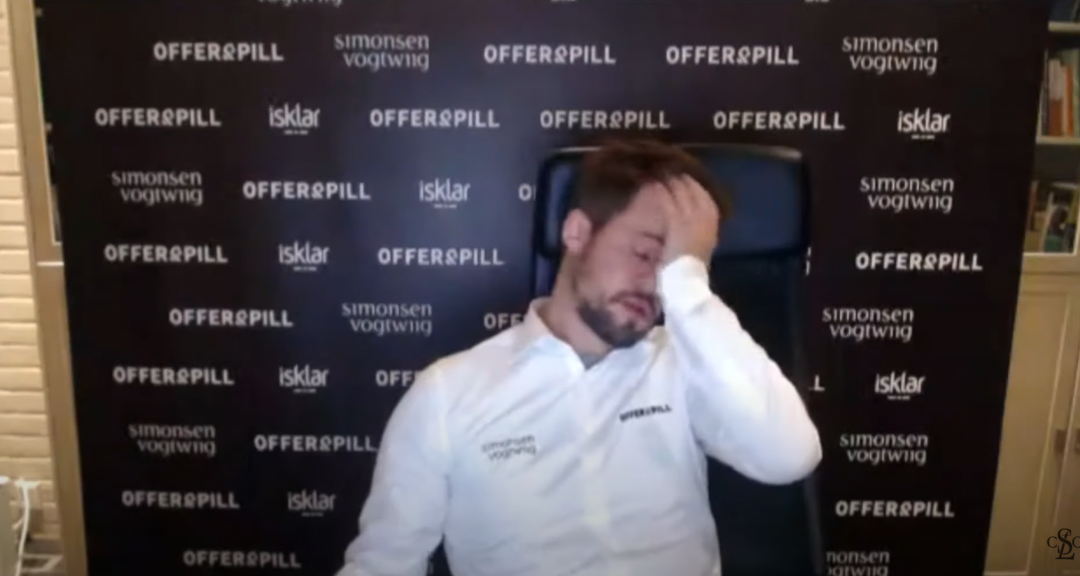 In Day 1 of the Saint Louis Rapid and Blitz tournament, the traditional speed event of the Grand Chess Tour - held online this year because of COVID-19 restrictions World Chess Champion - GM Magnus Carlsen suffered through a blunder perhaps all-too familiar to the rest of the app-pushing chess world: A technological blunder.

In his second-round match against Russian GM Ian Nepomniachtchi, Carlsen had done his diligence in traversing a tricky middlegame and equalizing with the black pieces, even relaxing in his chair in view of coasting to a clearly drawn position. But with 35 seconds left, Carlsen’s face became washed with stunned realization: He had lost internet connection and, ultimately, the game.

The disconnect may prove more expensive than the rest of us will ever witness, however. This year’s Rapid and Blitz event boasts a total prize pool of $250,000, and Carlsen’s subsequent goose egg from the second round knocked him down to fifth place after the first day of play. Instead, Armenian GM Levon Aronian and Indian GM Pentala Harikrishna sit on top of the standings after the three rounds of Rapid games, which award two points for each victory and one point per draw. Nepomniachtchi, the benefactor of the technological folly, now sits tied with American GM Wesley So for third place. 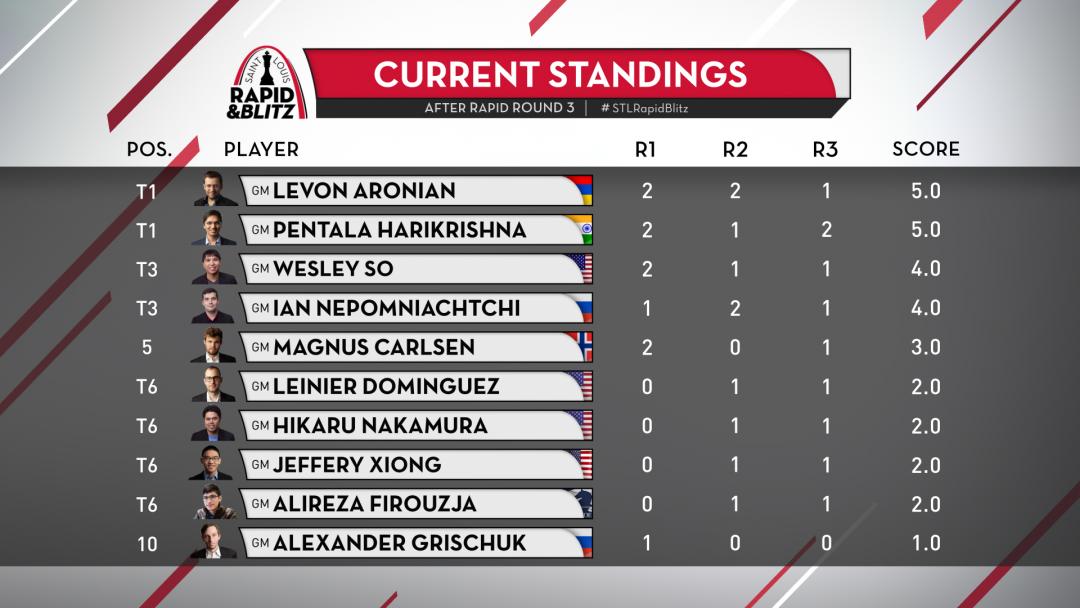 Before disconnection, Carlsen had done well in capitalizing everything that was left under his own power. The world champion had already netted a win over American GM Hikaru Nakamura in the first round, a marquee matchup for the tournament opener. Both Carlsen and Nakamura had just tied for first place in the Champions Showdown: Chess 9LX event hosted by the Saint Louis Chess Club last weekend, and brought fireworks in their first game back under traditional rules. 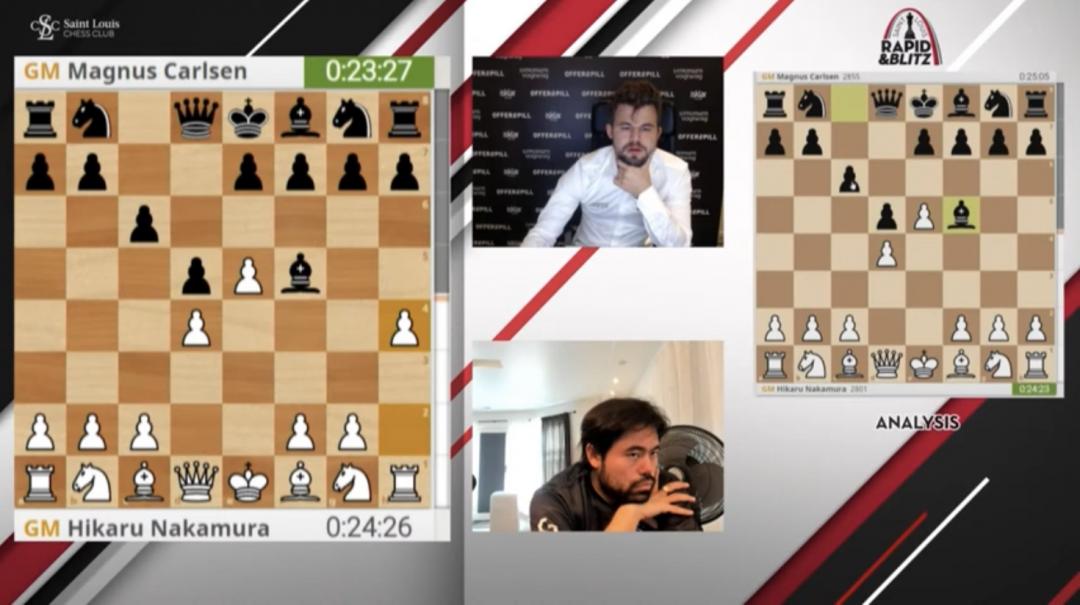 Nakamura sought a closed position against Carlsen’s Caro-Kann defense, finding himself in a clunky middlegame after 9. c4 and efforts to keep the queens on the board. It was Carlsen’s c-pawn, however, that would do the talking – and walking – as an unsound sacrifice by Nakamura allowed Carlsen’s pawn to pass and ultimately become an unstoppable monster. A cute rook sac by the world champion at 30. … Rxg3 all but sealed the game, and a queen sac 34. … Qxg5 brought resignation.

After three rounds, Nakamura has earned two draws and the Carlsen loss, leaving him with two points and tied for sixth place with fellow countrymen GMs Leinier Dominguez and Jeffrey Xiong.

So scored his full two points of the day over Xiong in the first round. As Black, Xiong defended admirably with the Sicilian, but So stayed ever calm in mounting steady pressure until breaking through. Xiong’s first inaccuracy came with 27. … Qd7, allowing 28. Ne5 to attack the queen and felling an important d-pawn. The lone piece proved enough for So, who pressed on in a textbook display of a rook-and-pawn endgame, earning the win by only a mere tempo ahead of Xiong.

Day 2 of the Saint Louis Rapid and Blitz event begins Wednesday at 1:00 p.m. Central, with each of the ten super-GMs playing another three Rapid games (G/25+5) in the round robin format. After the Rapid games conclude on Thursday, the event will switch to the Blitz portion (G/5+3) in a double-round robin format on Friday and Saturday.

Each day, viewers can watch expert commentary by GMs Yasser Seirawan and Maurice Ashley, and WGM Jennifer Shahade on uschesschamps.com or on the Saint Louis Chess Club’s YouTube and TwitchTV channels.