Day 6 in Rancho Mirage: The Gang’s All Here!

With the first four rounds of the accelerated four-day schedule in the books, over 400 players are now competing in Rancho Mirage after day six. The six-day schedule will play round six this afternoon and the four day will play rounds five and six at a faster time-control before both sections merge with the traditional group tonight for the first of the three final rounds. 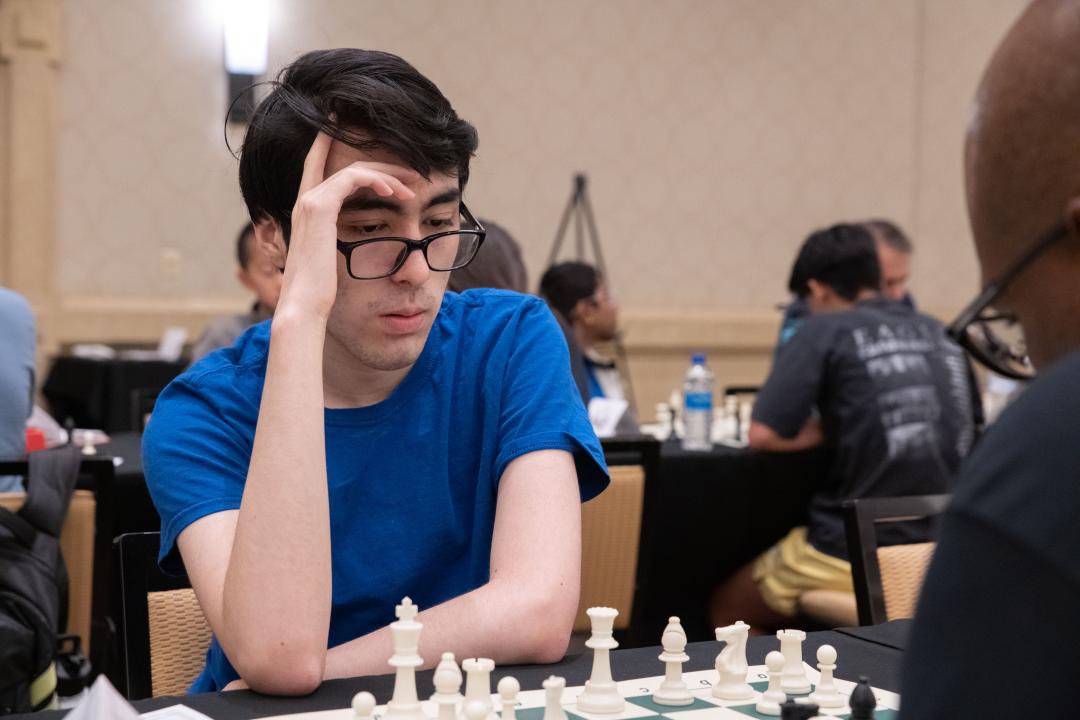 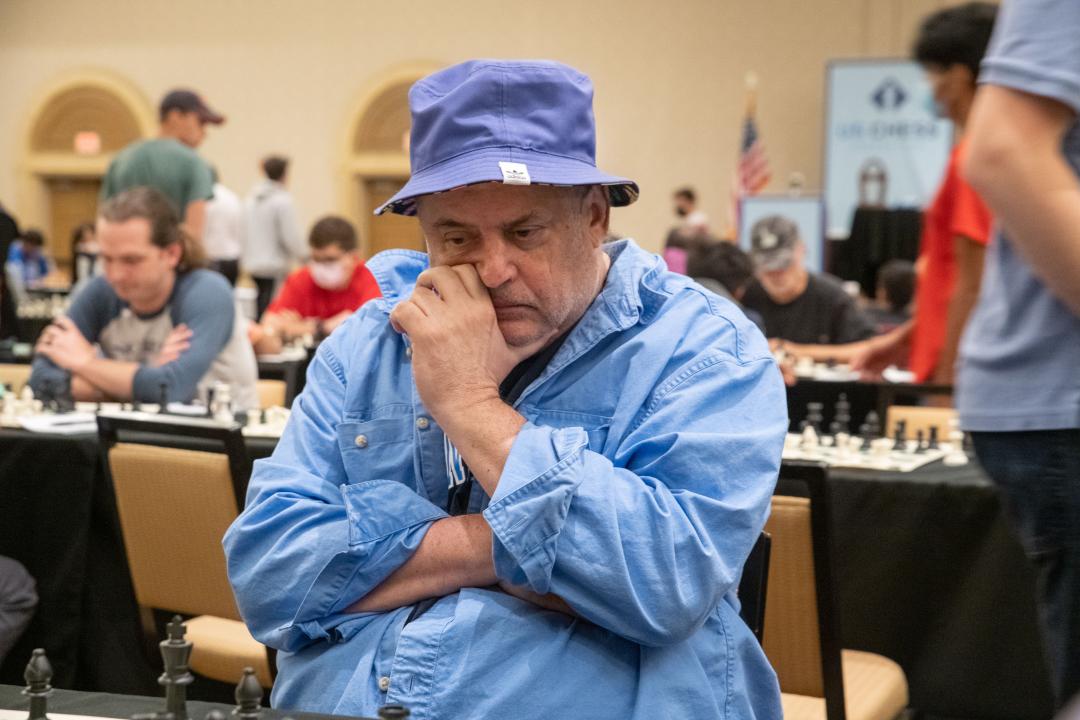 GM Daniel Naroditsky and IM Semen Khanin are the sole players on 5/5 in the six-day schedule. Naroditsky won quickly in a Delayed Alapin against FM Balaji Daggupati in round five.

His early game was a much more tumultuous affair, as Eduard Hakobyan pushed the speedy GM into mutual time pressure in an imbalanced middlegame. 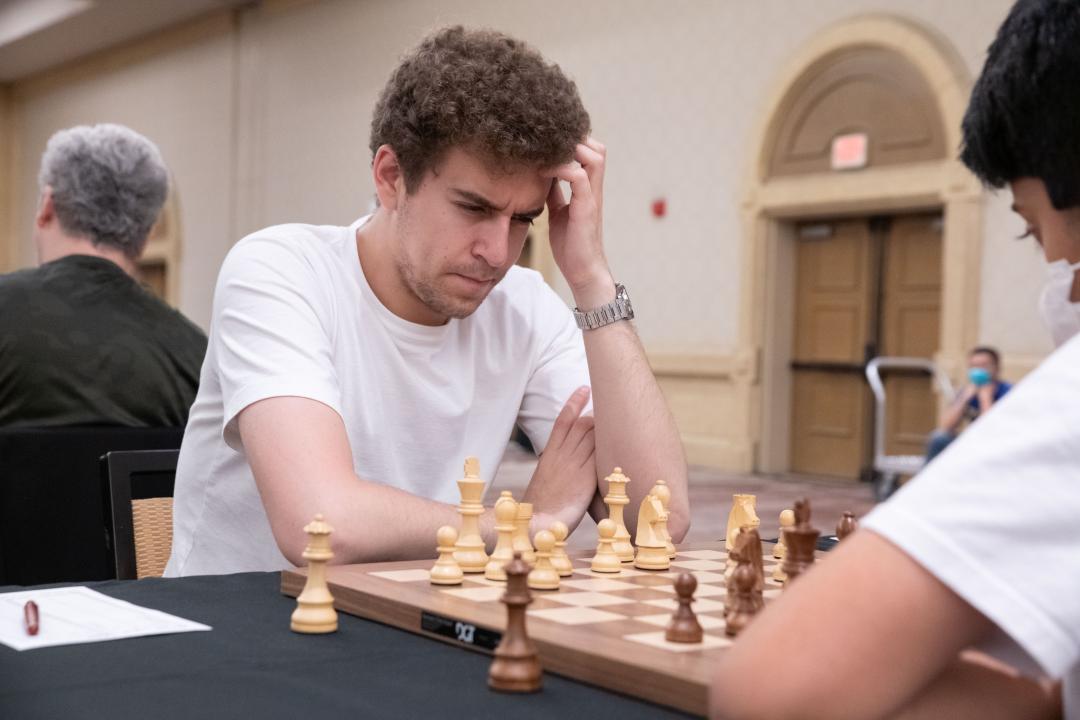 Khanin again deployed a trusty Giuoco Pianissimo with Black, this time keeping his kingside pawns at home and relying on more traditional methods of play in the center. He slowly built a small advantage until his GM opponent blundered suddenly.

GMs Vladimir Akopian and Alexander Shabalov trail the six-day leaders by a half-point after drawing their fifth-round game. Akopian’s fourth-round win from earlier in the day followed a similar trajectory to Khanin’s, where a small advantage in the Spanish escalated quickly against IM Craig Hilby.

A group of strong masters and FMs join the trailing group on 4/5, and one benefit to the split sections is that many of these players have had the opportunity to play on DGT boards in their section. Here’s one particularly entertaining Benoni from a player coming off a strong performance in last month’s U.S. Juniors.

In the traditional schedule, GM Elshan Moradiabadi made it a perfect six-for-six, now leading the rest of his section by a full point going into tonight’s merge. Expect a marquee matchup for Moradiabadi tonight.

Despite a few players being late or no-showing due to travel delays, the quads saw their fourth day of action on Thursday. Among the players was Chess Life editor John Hartmann, playing in his first non-quick event since the beginning of the pandemic. 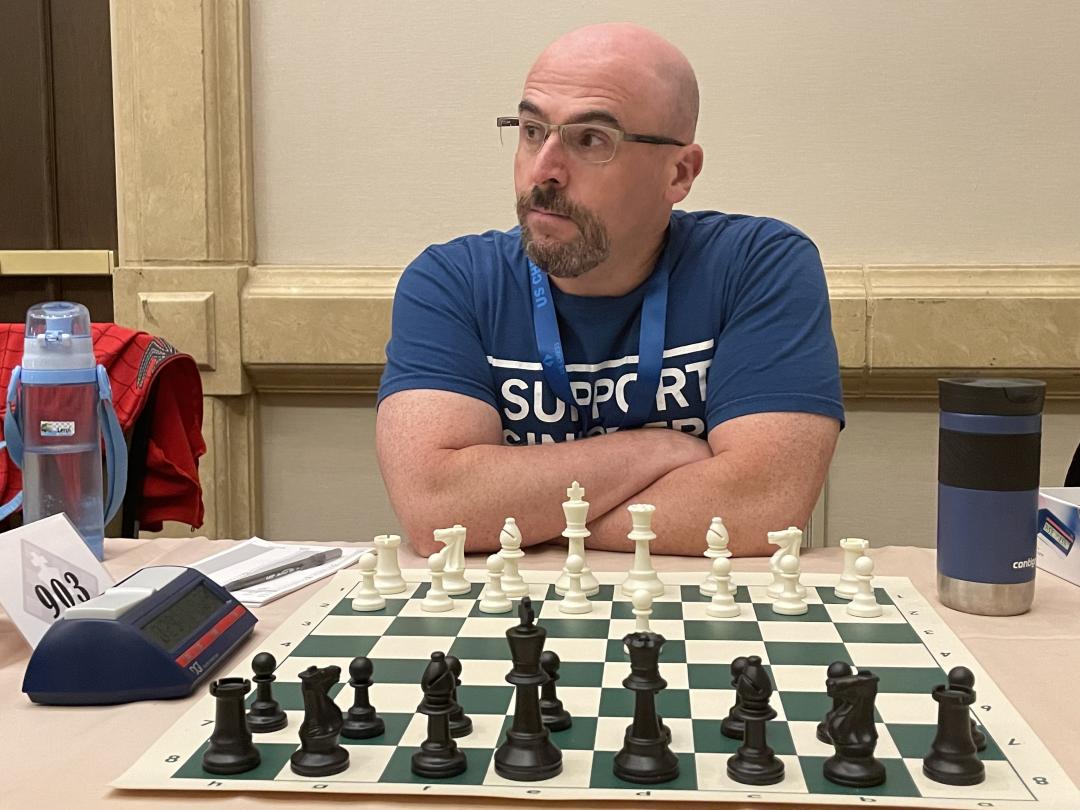 Hartmann scored 2/3 to tie for first place in the B quad along with Michigan’s Lerui Zeng. Other winners on the day include Matthew Miller Coy (A), Vyas Vishal (C), Erik Michael Christiansen (D), Angelina Verma (E), and Elsa Khademzadeh (F).

Friday sees the final quad of the week, and on Saturday, the National Blitz championship will be contested. Come on out and play if you’re in the area!

While it does look a bit like paradise, It’s not all fun and games here at the Westin.

Committee meetings continue this morning with the Bylaws, Clubs, and Ethics committees. The College Chess committee and Finance committee meet later this afternoon. There is also the annual meeting of the Chess Journalists of America.

There is an open staff meeting at 3pm, where you can meet the people who work for US Chess and have any of your questions answered.

Finally, the US Chess Awards Reception will be held at 4pm.