If Jazz is America’s first great cultural export to the world, hip-hop is its second, and perhaps most important.

From its earliest days, emerging from DJ and MC battles in the south-south Bronx, the rise and growth of hip hop music and culture has been exponential, and today there is no corner of the globe where hip hop has not taken root, often in surprising ways. Originally born from the grinding experience of 1970s urban American life, today’s hip hop is a true creolization of cultures, mutating and transforming itself as it is constantly reinvented by its new fans and practitioners.

There are few who are as important in the history of hip-hop as is Robert Diggs, known to the world as RZA from Wu-Tang Clan. The main producer for most of the Wu-Tang’s albums, RZA is also an MC, a student of world religions and meditation, a practitioner of the martial arts, and a chess player.

Chess has long been intertwined with hip-hop culture and the Black American experience, from the barbershop like the one run by my friend Jerome Helm here in Omaha – check him out in the January issue of Chess Life Faces column – to the halls of academia, as shown by my old colleague Dr. Tommy J. Curry in his 2008 article “Hip Hop Tactics.” That’s in the Philosophy Looks at Chess volume edited by Ben Hale, where my “Garry Kasparov is a Cyborg” article can also be found. 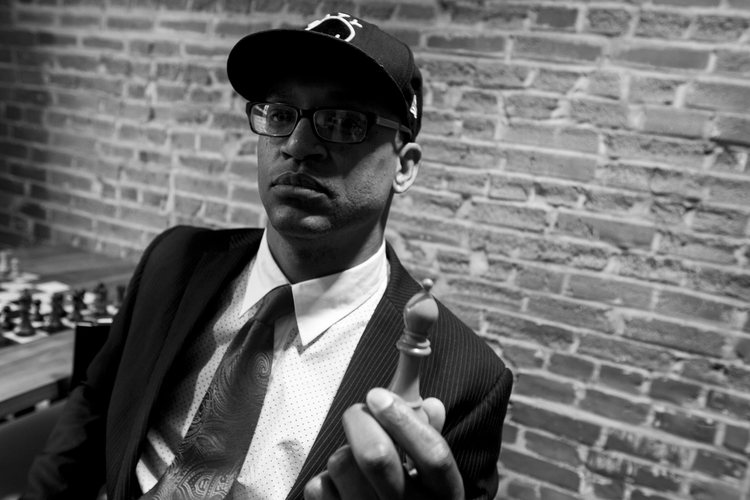 What becomes apparent, when reading RZA’s books like the Tao of Wu and when reading this month’s Chess Life cover story, written by our guest Adisa Banjoko, is that chess and hip-hop are tied together, and that chess can be much more than the staid enterprise we sometimes limit ourselves to in our imagination.

We saw part of that in The Queen’s Gambit, a topic that Adisa talked about at length in a recent podcast episode (#141 of The Bishop’s Chronicles). We see a lot more of it in the interview, which ties chess to spirituality, the martial arts, and diet – veganism and tea. It’s a very different vision of our game than the hegemonic image would indicate, and I think a vision that we would all do well to consider these days.

Adisa “The Bishop” Banjoko is an author, an educator, and the founder of the Hip Hop Chess Federation. You can find him on Twitter and Instagram.

Keep up with all of the podcasts from US Chess at https://new.uschess.org/podcasts