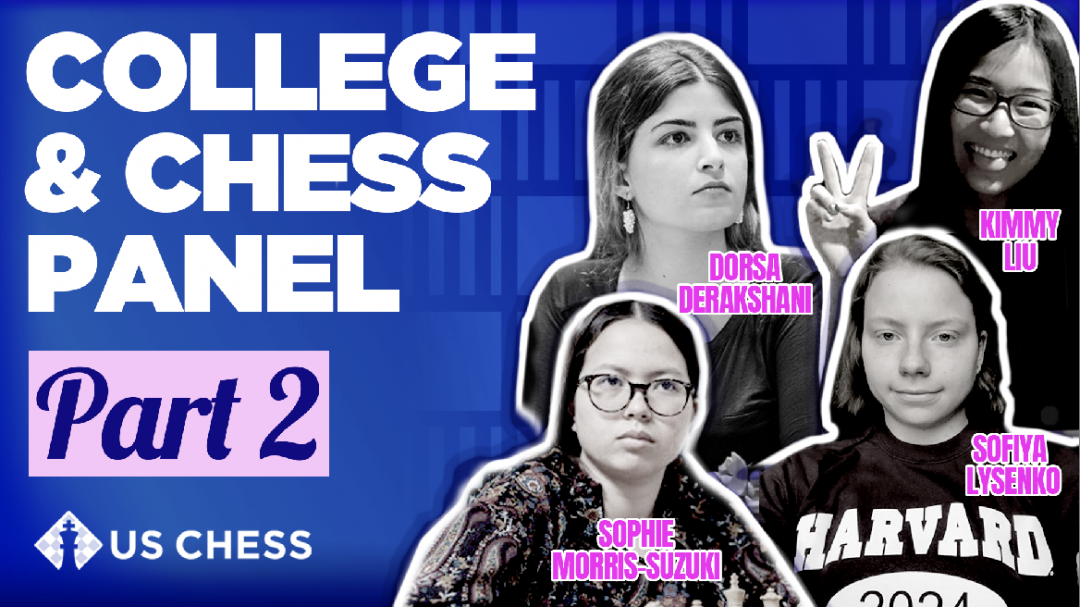 US Chess Women is hosting another College & Chess Panel for girls aged 12-19 with four exceptional panelists slated to present and speak. The panel consists of:

IM Dorsa Derakshani: Dorsa wrote a searing New York Times op-ed after she immigrated to the United States from Iran. She started playing for US Chess and enrolled at Saint Louis University. She also gave a TED talk last year, and is a frequent lecturer for the Saint Louis Chess Club. You can find out more about Dorsa on our Ladies Knight podcast.

WFM Kimmy Liu: A new and popular twitch streamer, Kimmy earned her WFM title at the 2017 North American Youth Championships. She is also an artist @fabled_grace. She'll be attending Cornell University in the Fall.

Sofiya Lysenko: Science Fair Champion and Girls Code Chess Founder Sofiya Lysenko will be attending Harvard. Sofiya is running a series of workshops with her non profit, including one on creating a Chess AI.

US Chess will again post highlights from the event on our YouTube PlayList. Watch our first College & Chess Panel below.

To get on the women's chess ZOOM group list, contact jshahade@uschess.org with your child's name, age and US Chess ID. Sign up for the teen girls chess and college panel here: https://forms.gle/37yVFKjU9f4XHt4H7