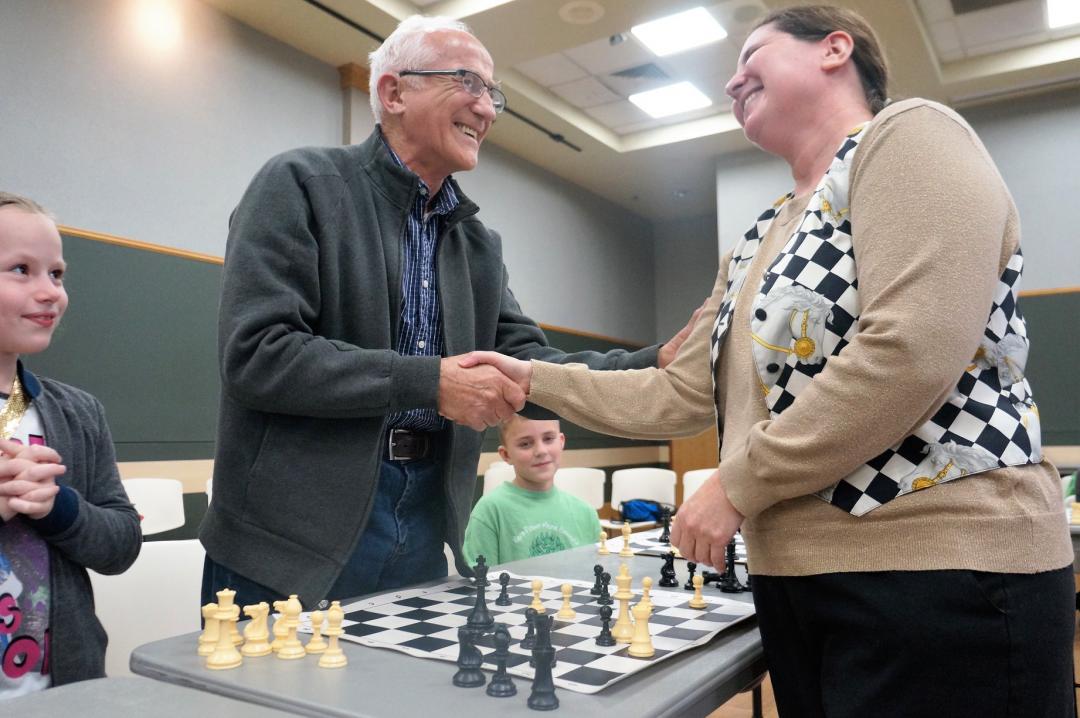 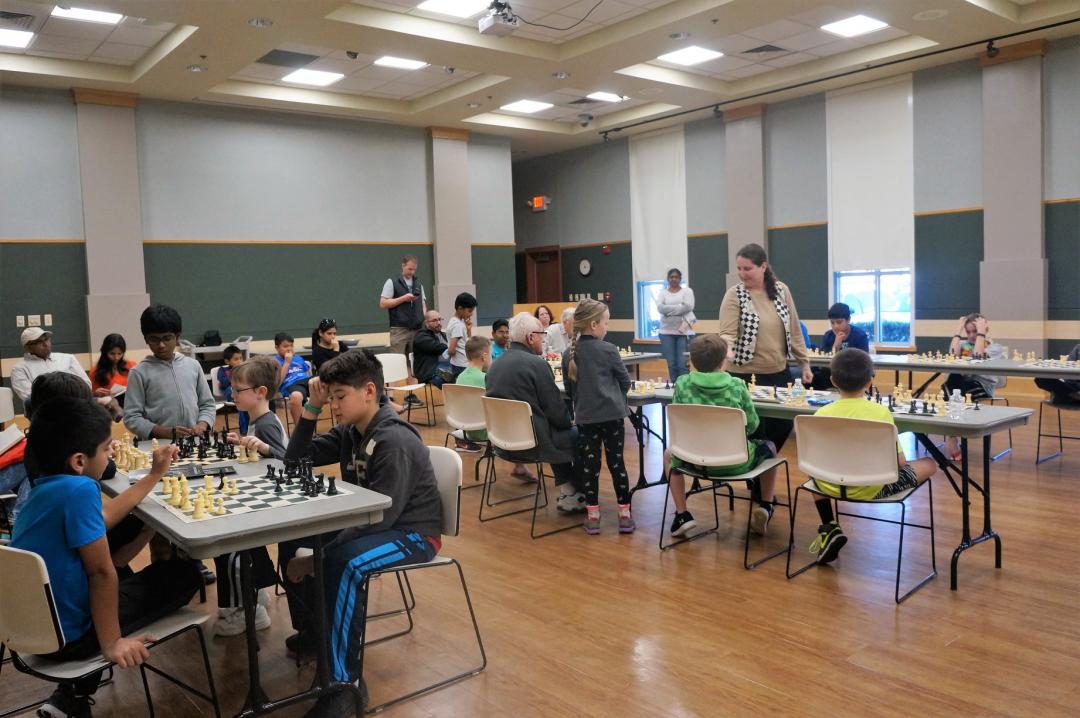 Photo Lynne Craddock.
FLOWER MOUND, TX  Play chess and meet former U.S. women’s chess champion Alexey Root as she signs her latest book, Prepare With Chess Strategy, on Saturday, January 26, at the Flower Mound Public Library, 3030 Broadmoor Lane, 75022, from 2:00 to 4:00 p.m. Library visitors can challenge Dr. Root to chess games at this free event. She will play chess with 10 players simultaneously and anyone who can win against her gets a free copy of Prepare With Chess Strategy. Players will be seated first-come, first-served as other players finish their games. The Chess Challenge is open to all ages of chess players and spectators. Alexey Root has a Ph.D. in education from UCLA and is a lecturer at The University of Texas at Dallas, teaching education courses that explore the uses of chess. A tournament chess player since age nine, she was the U.S. Women’s Champion in 1989. Dr. Root has written six other books including Children and Chess: A Guide for Educators (2006) and Thinking With Chess: Teaching Children Ages 5-14 (2012). “We are so excited to have Alexey Root back at the Flower Mound Public Library for a third year in a row. Maybe three of our patrons will manage wins against her this year,” says Sue Ridnour, Director of Library Services at the Flower Mound Public Library. 73 people attended in 2017, and one of those defeated Root; 42 attended in 2018 and two of those defeated Root.
In addition to the January 26 Chess Challenge, the Flower Mound Public Library welcomes chess players and other board game and role-play enthusiasts for "Gaming Unplugged" on the second Sunday of each month from 1:30 to 4:30 p.m.
Contact: Lynne Craddock, Adult Services Manager, Flower Mound Public Library | 972.874.6152 lynne.craddock@flower-mound.com Visit http://www.flower-mound.com/ and www.fmlibrary.net for more news.
SHARE: