Caruana, Nakamura Out; Wesley So Through to FTX Crypto Semi 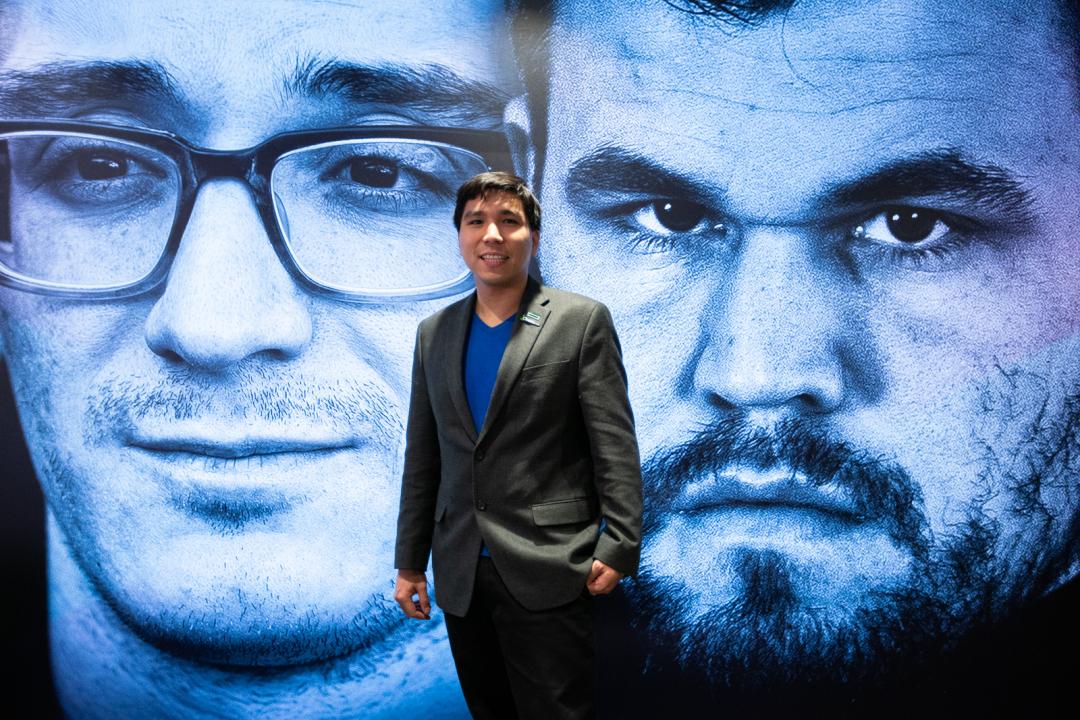 Grandmaster Wesley So is the only American left standing in the FTX Crypto Cup.

The reigning US Chess Champion is one of four players remaining in the seventh installment of the online $1.5M Meltwater Champions Chess Tour, which began last Sunday with an original cast of 16 and contained the complete top-10 GMs in the world.

After three draws on Friday, So proved a knight was better than a bishop in the endgame, winning with the black pieces in his fourth game against World Champion Candidate Ian Nepomniachtchi and taking an early lead in the semifinal. The second set will be played Saturday at 11:00 a.m. eastern, with the match winner scheduled to meet that between World Champion Magnus Carlsen and Azerbaijani GM Teimour Radjabov, on the other side of the bracket. The two split their Friday set 2-2.

Chances for an American to win the FTX title had looked excellent mid-week, with three U.S. players advancing into the tournament’s top-8 knockout bracket that began Wednesday. So did his part, advancing after two sets and without a loss in his quarterfinal against French GM Maxime Vachier-Lagrave. But both GMs Fabiano Caruana and Hikaru Nakamura were eliminated in their first-round quarterfinal matches, each losing in blitz playoffs to Nepomniachtchi and Carlsen respectively. 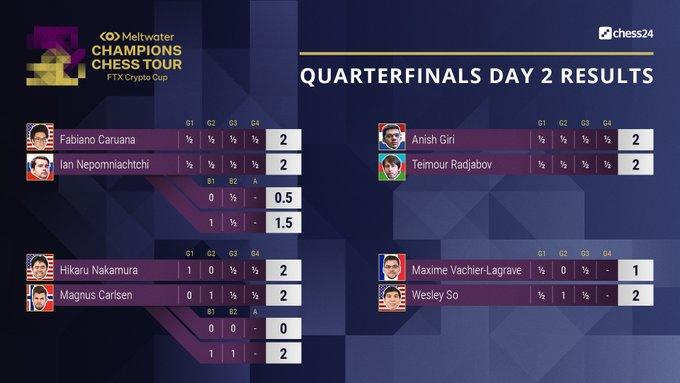 The pair of quarterfinal knockouts leaves a sting after three stellar performances in FTX’s preliminary stage, an all-play-all format over the tournament’s first three days. Caruana, in his first appearance in a Champions Tour event, earned the bracket’s top seed by finishing clear first at 10/15; Nakamura and So both finished a point behind to grab the third and fifth seeds.

For Nakamura, that meant an instant rematch with Carlsen who, after earning the top seed in each of the first six Champions Tour events, limped through the FTX preliminary stage at 8.5/15 and only made the bracket cut by a half point. But after meeting just three weeks ago in the finals of the last Champions Tour event, the New in Chess Classic, Nakamura and Carlsen quickly added another chapter to the rivalry with perhaps their most-fiery match to date.

Nakamura traded wins with the World Champion through the first six games of their quarterfinal, both scoring two points with the white pieces in Wednesday’s first set, and then each picking up a win with the black pieces to begin Thursday. The match’s two final draws were as chaotic as the decisions, including this 1. b4! out of Carlsen, his second Orangutang opening of the tournament, that left him walking a thin line to save the half point. Tied after two sets, the match was settled after Nakamura dropped both 5+3 Blitz playoff games.

Caruana’s quarterfinal match with Nepomniachtchi was a bit more subdued, with one win each in Wednesday’s first set and draws in the remaining six games. The American was eliminated after losing just 3 of 25 games in his first Champions Tour event, the fatal loss coming in the first Blitz playoff against Nepomniachtchi, where the Russian earned an edge in an English and stretched an exchange into a winning endgame.

For advancing to the top-8 of the FTX Crypto Cup, all three Americans have earned a seat in the next Champions Tour event, scheduled for June 24. So will play the second set of his semifinal with Nepomniachtchi on Saturday beginning at 11:00 a.m. eastern, with the finals scheduled for Sunday and Monday.

soon we will produce masters like you🙏 @
#RiChessMasters
creating masters. changing lives
#visitfbpagerichessmasters