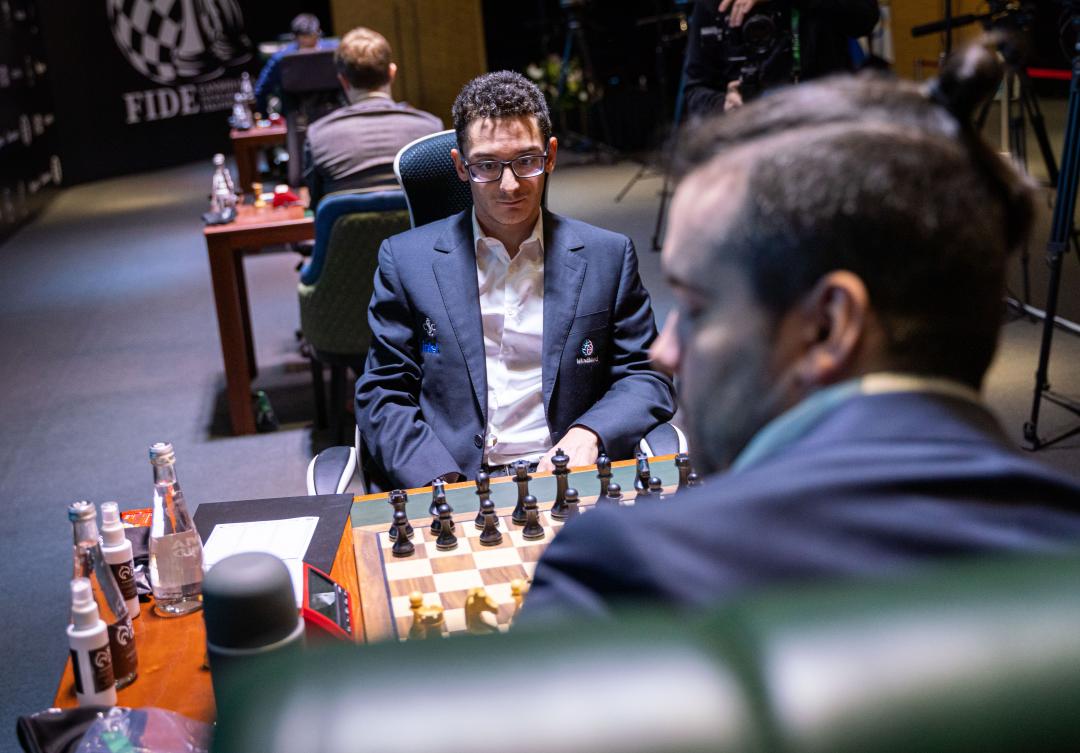 American World No. 2 Fabiano Caruana will play in the Magnus Carlsen-organized $1.5M Champions Chess Tour – and he sure picked a doozy of a first appearance.

Absent from the first six Champions Tour quasi-monthly events, Caruana joins the FTX Crypto Cup, beginning Sunday at 11:00 a.m. eastern, jumping in along with five other world-beaters who are back in the tournament saddle now with the Candidates Tournament in the rearview mirror.

The result is, perhaps, a fully realized chess world, connected. According to FIDE’s world rankings for May 2021, the literal ten best chess players on the planet will be brought together/online to clash over a couple-hundred thousand dollars in front of a global audience, some of those kings undoubtedly in their slippers.

Storylines abound, the least of which is a guaranteed preview of World Champion Carlsen against his next, now-revealed challenger to the global crown, winner of April’s Candidates Tournament and World No. 5 GM Ian Nepomniachtchi. Notwithstanding is the fact that, per the Champions tournament format that pits the lineup of 16 Grandmasters in a three-day, all-play-all preliminary round, only eight players advancing to the secondary knockout bracket means that at least two of the World’s top-10 players will be kicked out early. 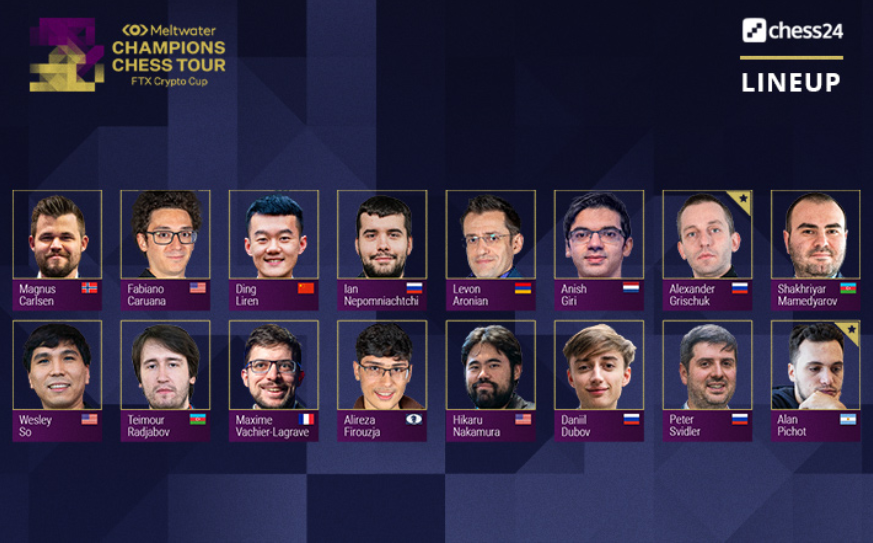 FTX Crypto’s studded 16-player lineup will feature two other Americans along with Caruana: reigning US Champion and World No. 9 Wesley So, who is a winner of two previous Champions Tour events; and Hikaru Nakamura, who has advanced to the knockout bracket in five of six Champions Tour events and performed to his best-yet finish as runner-up in the last event -- but at a World No. 18 rank against this lineup, suddenly looking at the top-8 cut from the outside.

The FTX Cup will play all 15+10 Rapid games over nine tournament days, beginning Sunday with the round-robin preliminary of five games per day and forming the qualifying 8-player knockout bracket on Wednesday. Lineup aside, the seventh tournament of the Champions circuit itself is heavy weighted, the third of three “Major” events that guarantee its winners a seat in the Tour’s $300k finale, scheduled for September in San Francisco. 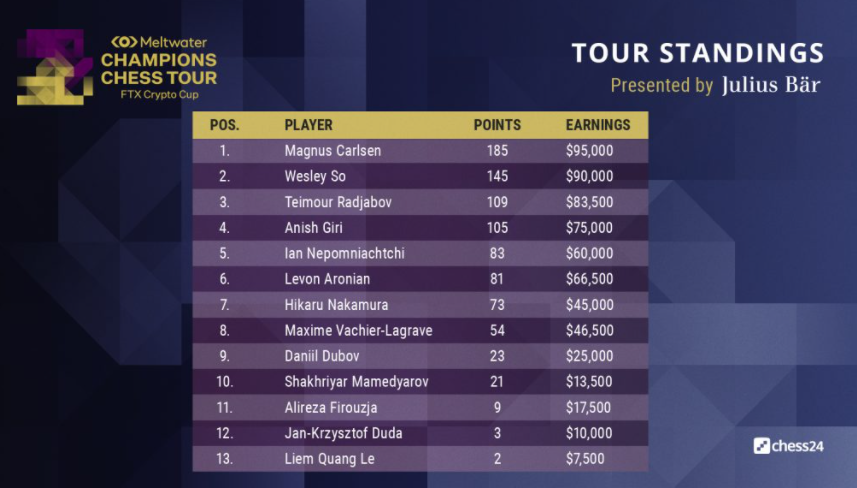 Additionally, the prize funds for each of the three major events have been doubled that of the others, though this particular major features an additional $100k piled on top by its cryptocurrency exchange sponsor FTX. The bonus will be paid out to players using the digital commodity Bitcoin, and its fluctuating and often volatile price will be watched in real-time throughout the event. Admirable by roller coaster, the original $100,000 prize has lost nearly 20% of its value since it was first announced last Monday.

First moves on each day of the FTX Crypto Cup will be made at 11:00 a.m. eastern. All tournament information, including live play with commentary, may be viewed at the official Champions Chess Tour website.