Can You Can Calculate Like World Championship Challenger Fabiano Caruana? 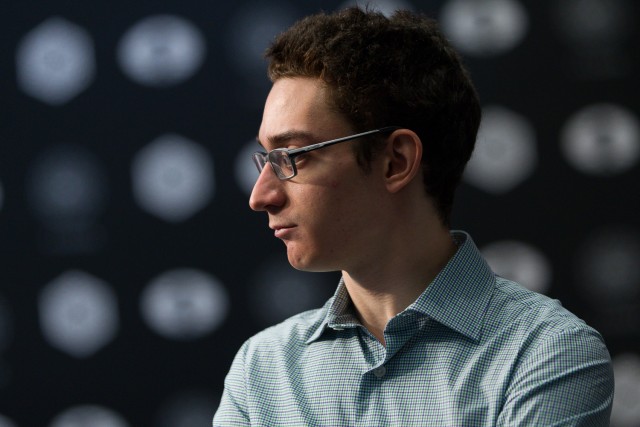 Fabiano Caruana during the final round of the 2016 Candidates' Tournament. Photo: World Chess
“Caruana went all out, trying to take fate into his own hands. It backfired spectacularly. And with this, there was no question: Karjakin would be the challenger to Magnus Carlsen. I remember the moment I saw 36. ... Re4 appear on the board, and my engine going wild. I was about to do the Today in Chess show with GMs Maurice Ashley, Eric Hansen and Yasser Seirawan. We were covering the Candidates, of course, and had our eye glued on the game. Seeing 37. Rxd5 on the board put a solemn gloom over the room…” -Alejandro Ramirez in his Chess Life report on the 2016 Candidates’ Tournament

It was just two years ago that I watched one of the most heartbreaking losses in modern competitive chess take place: Fabiano Caruana faced a must-win situation with the black pieces against Sergey Karjakin in the final round of the 2016 Candidates' Tournament in Moscow. Despite the questionable tiebreak system and the difficulty of playing for a win with black at the highest levels, Caruana made a valiant attempt and played the very double-edged Richtor-Rauzer Sicilian. However, in the arising tense middlegame position, Caruana tragically blundered, losing his chance to challenge Carlsen and about half a million dollars (guaranteed in the World Championship Match) all in a single move. 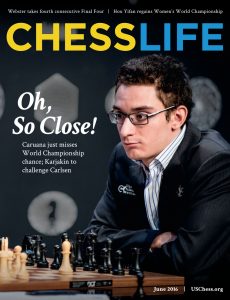 This kind of failure in such a pivotal moment of his chess career would’ve shattered many players. Yet, Caruana took it in stride and eventually managed to turn an unfortunate story into an inspirational one.

“I realized that the outcome is not the outcome. In other words, what we think of as endpoints to a goal are really just forks in a road that is endlessly forking. In the big picture of our lives, we really don’t know whether a particular success or failure is actually helping or hurting us. So, the metric I now use to judge my efforts and goals is: Did I do my best, given who I was and what I knew at that particular time? And what can I learn from the outcome to make my best better next time?” -Neil Strauss, author and journalist

This year’s Candidates’ Tournament was Caruana’s second chance. Undaunted by his previous result, Caruana won the event convincingly, even overcoming a substantial mid-tournament setback when he lost in the 12th round to Karjakin.  I think these kinds of stories are exactly why we watch competitive chess. When we see great competitors come back from seemingly insurmountable setbacks and failures, we realize that we can too.

“The best way I can describe the feeling is a Finnish word, “sisu”—the mental strength to continue to try even after you feel you’ve reached the limits of your abilities. I don’t think failure is sometimes part of the process—it always is. When you feel you can’t go on, know that you’re just getting started.” -Kyle Maynard, best-selling author and mixed martial arts athlete

In addition, Caruana’s Candidates victory this year affords him one huge advantage that he would not have had in 2016---After seeing how incredibly close Sergey Karjakin was to winning the New York World Championship match (in fact, Carlsen never once led the classical portion of the match), it’s clear that Carlsen is far from invincible. A close study of how Karjakin was able to stunt Carlsen both over the chessboard and in terms of nerves combined with Caruana’s often stunning playing abilities give the Challenger reasonable chances to defeat the World Champion this November. 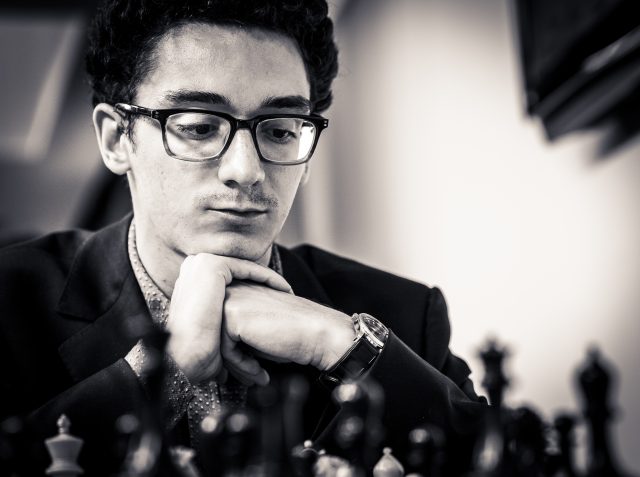 Let's take a look at a few of Caruana's key tactical moments in the tournament.

Fabiano Caruana vs. Wesley So 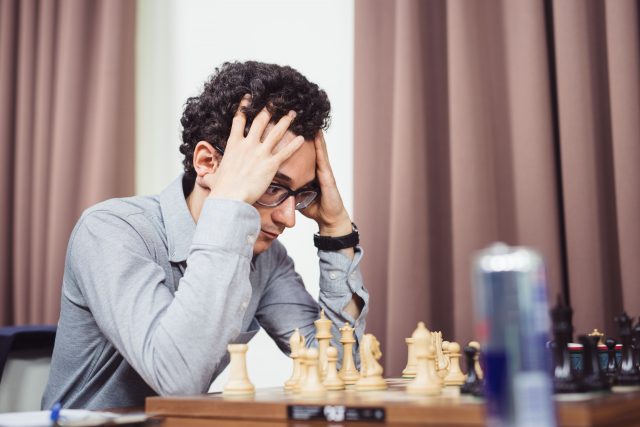