The CalChess Grade Level Championships earlier this month. Combined with the CalChess Scholastic State Championship, the two tournaments drew more than 1,700 players this year.
Underscoring the tremendous growth of scholastic chess in Northern California, the CalChess Grade Level Championships held Dec. 2-3 in Santa Clara, Calif. drew a strong, unprecedented field. Organized by USCF Gold affiliate BayAreaChess and state affiliate CalChess, the tournament attracted an even 500 entries from 487 players (some players competed in several one-day sections over the two-day weekend). That was up 26% over the prior year, and 12% higher than the prior record of 434 players set in 2012. Combined with the 1,106 players that competed in the spring CalChess Scholastic State Championship (also run by BayAreaChess), one can deduce that youth chess, especially at the club and elementary school level, has never been more popular in Northern California.

Similar in format to this weekend’s National K-12 Grade Championships, the CalChess tournament decides the best player for each grade in Northern California (long a state-level region according to USCF due to its size.) This storied tournament has had several iterations. An annual Grade Level Championship existed prior to the 1990s, but this took a major step forward in 1993, when a pan-California Grade Level Championship covering both Northern and Southern California was created, led by Dr. Alan Kirshner, the longtime head of the chess program at Weibel Elementary in Fremont. This alternated Northern and Southern locations every year for a decade, drawing between 2-300 players every year, and rightfully crowning grade-level champions for the entire state. In 2003, the tournament reverted back to a Northern California-only Championship. Many of the tournaments over the next decade were held in the Central Valley city of Stockton with the help of the North Stockton Rotary Club. After BayAreaChess began organizing the tournament in 2012, the location has largely reverted back to the Silicon Valley suburbs, with 400+ player attendance becoming the norm.

One reason for this year's strong attendance was the number of players making the leap from local after-school enrichment programs to tournament play. Forty percent of the players in the K-6 Junior Varsity section were drawn from BayAreaChess’ 100+ after-school programs around the San Francisco Bay Area. They are encouraged and helped along by our Rising Star tournament series aimed at encouraging new competitors, no matter what their age. This year’s field was not only the largest ever, but powerful, featuring more than 20 nationally-age-ranked players, including a handful of expert players. 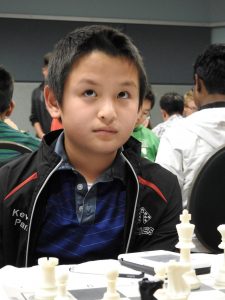 Kevin Pan, Grade 6 champion
In most cases, order reigned. Take Kevin Pan of Mission San Jose Elementary of Fremont. Pan, who is in the top 15 nationally among 11 year olds, went a perfect 6-0 to win the Grade 6 section a clear 1.5 points. Another expert, Vyom Vidyarthi of Harker School and BayAreaChess, is in the top 10 among 10-year olds. He went a perfect 6-0 to win the Grade 5 tournament by a clear point. 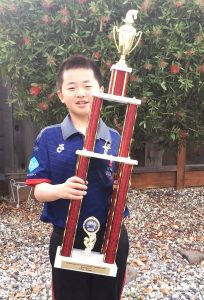 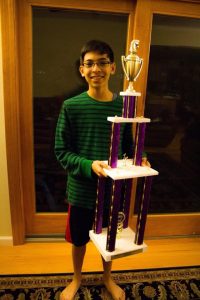 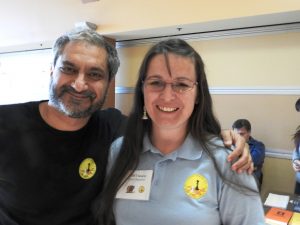 BayAreaChess founder and President to the Board, Dr. Salman Azhar, and Chief Organizer and BayAreaChess Executive Director, Dr. Judit Sztaray.
BayAreaChess and Chief Organizer, Dr. Judit Sztaray would like to thank all the volunteers, helpers and staff for their amazing hard work, and dedication that contributed to a smooth and well-run event. The CalChess Scholastic State Championship is coming April 7-8, 2018 back to the Santa Clara Convention Center. Over 1300 players are expected. Watch this link www.bayareachess.com/states and register early for a spot in next spring’s tournament!

Champions for Each Section 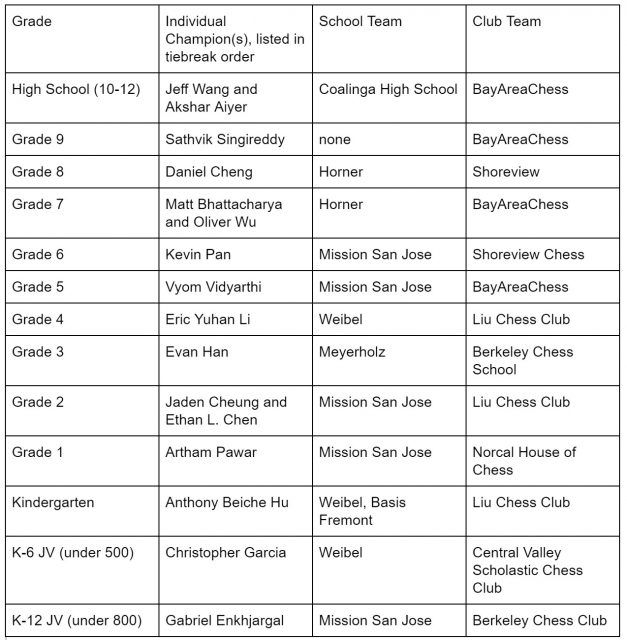 For more information on the CalChess Grade Level Championship, visit the Results Page. 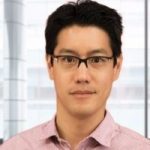 Judit Sztaray, Ph.D., is the US Chess 2017 Organizer of the Year.         (Thanks to local chess historians Kerry Lawless of ChessDryad.com, Michael Aigner of FPawn.com, and CalChess President and National Tournament Director, Tom Langland. For more history about this tournament and others in Northern California, view archives of the California Chess Journal at CalChess.org and/or ChessDryad.com)
SHARE:

Disappointed to see the photo of Dr. Sztaray being inappropriately touched Dr. Azhar. What sort of message does this send to our young female competitors? Let's clean it up here!
Mr Seki, Does Dr. Sztaray agree with you?
[…] and swept all four of the elementary Championship sections at SuperStates last year. Most recently, MSJE won 4 out 7 sections at the CalChess Grade Level Championships in December, to two for […]