In his best-selling book, Sapiens, Yuval Noah Harari, writes that the greatest resource in US are the brains of Silicon Valley. Perhaps one reason for the praise of the book from CEOs like Bill Gates and Mark Zuckerburg. I always feel inspired by the cerebral vibes in the area. The quick trip I made earlier this month was no exception. My first stop was a panel discussion and mini-simul at RESPECT: Hip Hop Style & Wisdom, a must-see show if you can make it to the Bay Area by summer. The show explores hip-hop culture and the ways it overlaps with style, music, art and chess. 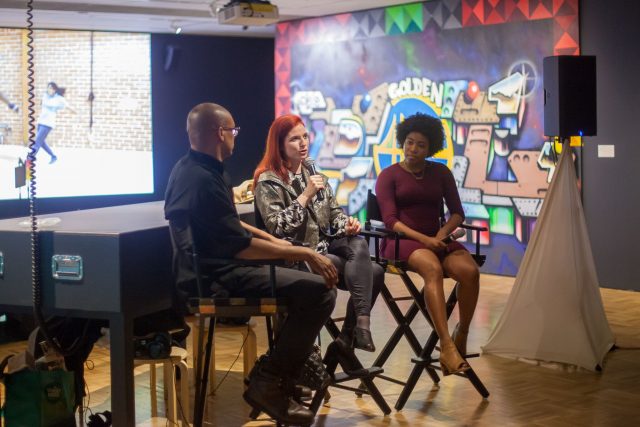 Attendees played chess on a series of boards in the highly interactive exhibit. I loved this, as it created a cross-generational theme- kids played chess, while adults took more time perusing exhibits and reliving hip hop and graffiti legends from their youth. 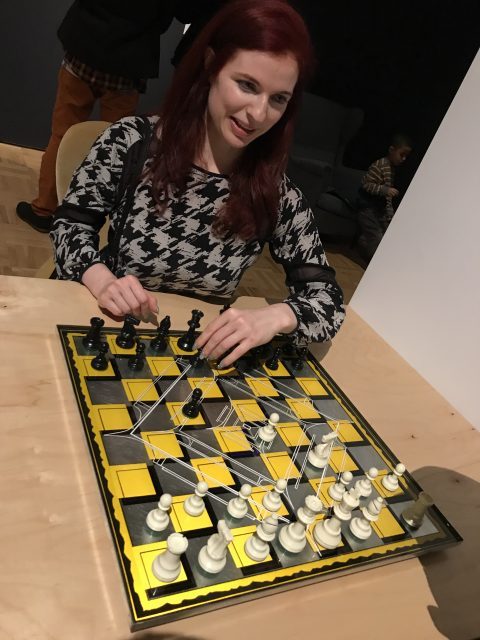 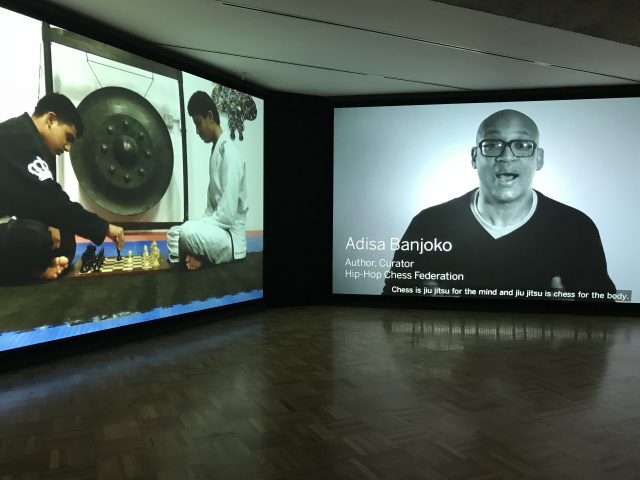 On April 6, Adisa moderated a panel with me and Rochelle Ballantyne of Brooklyn Castle. A recent Stanford grad, Rochelle was featured on uschess.org earlier this year. https://www.instagram.com/p/BhSFE-FlbcL/?taken-by=jenshahade 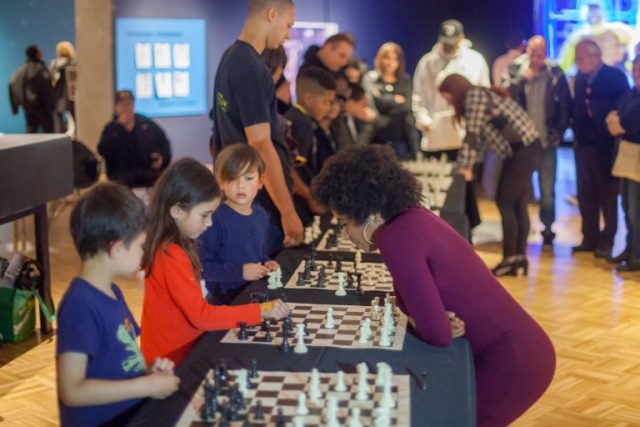 The next day, I headed to downtown SF for the PRO Chess League Championship weekend. https://twitter.com/JenShahade/status/982696297294479360 I was blown away by the innovation and ambition of the two-day event, which drew hundreds of thousands of viewers on twitch, who hosted the event with chess.com. 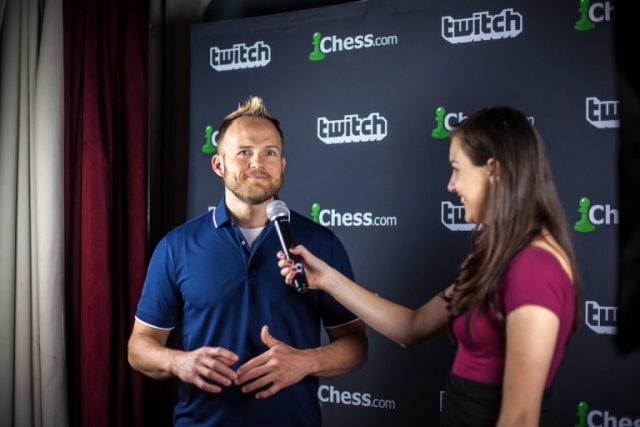 My favorite aspect was that players wore noise-cancelling headphones, so spectators could cheer, moan and fully emote as the rapid games unraveled. And they did. 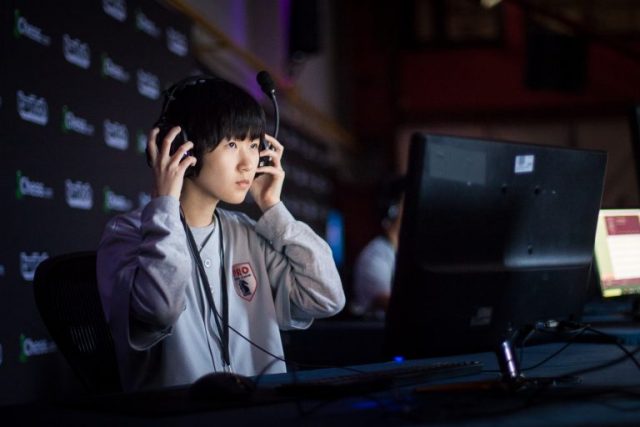 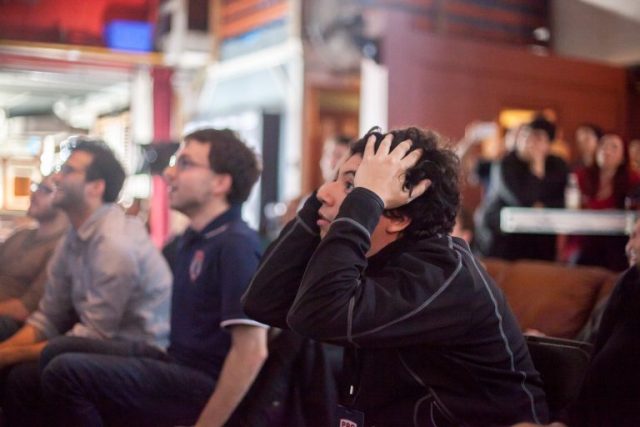 Eric Rosen took over our US Chess twitter for the final day of action. It came down to triple overtime between the Chengdu Pandas and the Armenian Eagles with thrilling rules, developed by league commissioner, my brother Greg Shahade. https://twitter.com/PROChessLeague/status/983140773926334464 Jen and Greg Shahade, Photo Eric Rosen 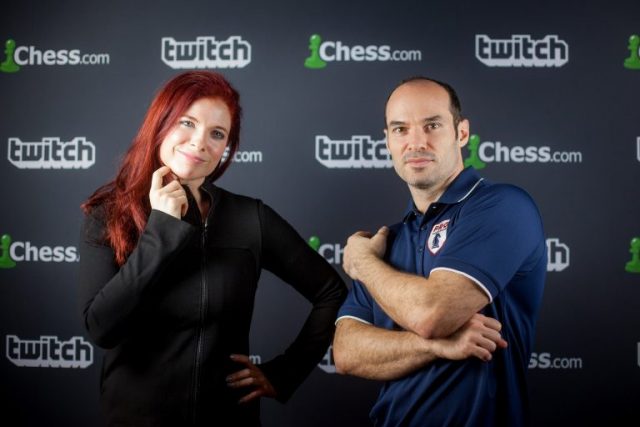 The spirited Armenian Eagles took the title, proving for the second time this year, it's not wise to bet against the Eagles. 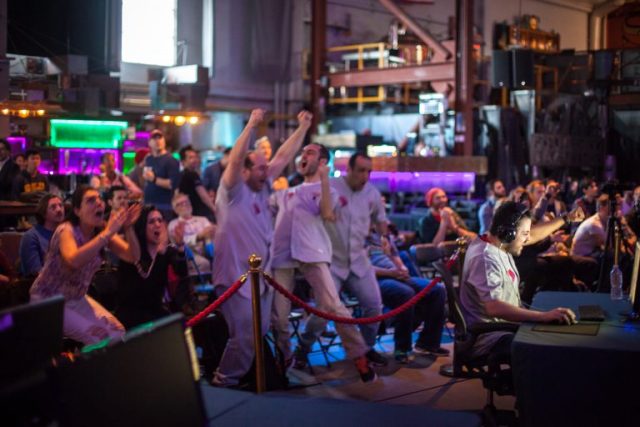 I spotted one of the top poker players in the World at the venue, Dan Smith. Dan is also a chess player approaching master status, so I challenged him on my special chess set :) 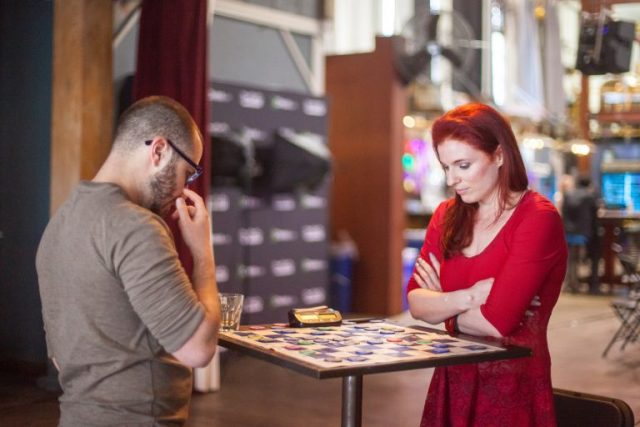 https://twitter.com/USChess/status/983135046776176641 From San Francisco I was soon off to Saint Louis, where the greatest brains in chess are locked in battle for the final two weeks of April at the US Chess Championships. The Championship is getting plenty of National and local press, and Saint Louis's own World Championship challenger is a huge draw. In a quote that could easily come right out of  Harari's follow-up Homo Deus, a front page article on the Saint Louis Post Dispatch described Fabiano Carauana as a "regular" 25-year-old, but with a "computer inside (his) skull." I would describe it a little differently, but I agree with the general point. In his round two game vs. Aleksander Lenderman, Fabiano combined the razor sharp precision and creativity of a computer with the bravado and energy of a young phenom. 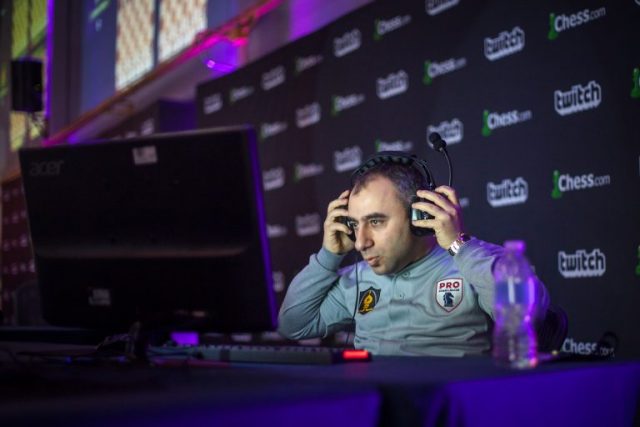 Saint Louis Archbishop Varuzhan Akobian played in San Francisco for the Archbishops. Though the Archbishops didn't defend their title, Varuzhan was also happy to root on his friends from the Armenian Eagles, who defeated Saint Louis in the semis, and went on to prevail against the Pandas in an epic finale. 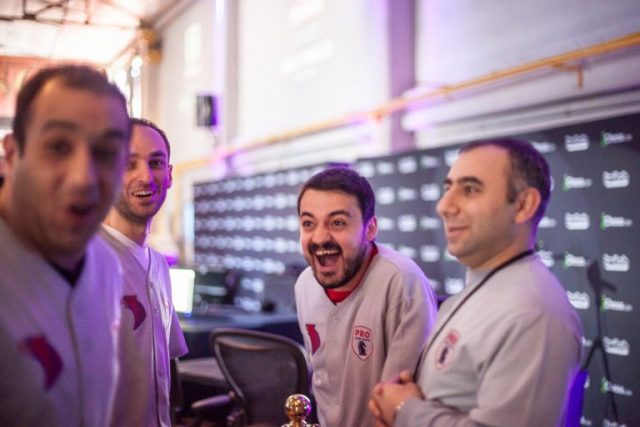 The journey from San Francisco brought Varuzhan back home, to Saint Louis, where he looks to defy the odds again and make a run for the crown, starting with a sensational 2-0. He kicked it off with an exciting round 1 battle against new HOFer Alexander Onischuk.  Var found a gorgeous and unusual tactic in the final position. 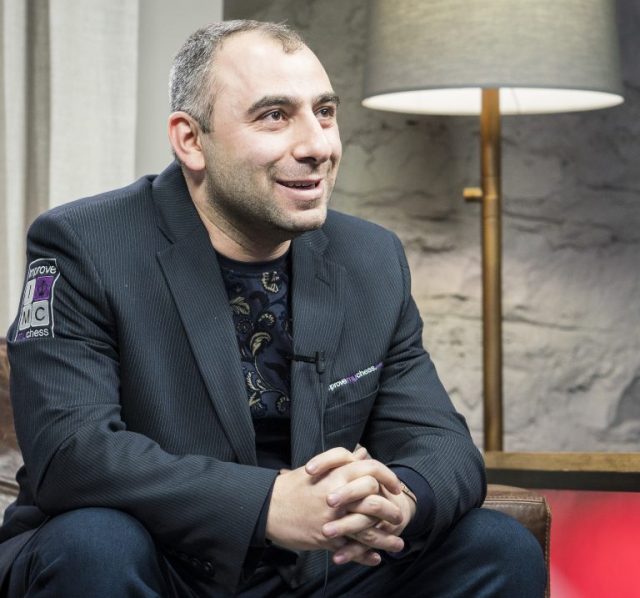 Vanessa West was also at the PRO Chess League finals. She will contribute a piece on tactical highlights from the event.  Look for more coverage of RESPECT in an article by Susie Ashworth Bader in Chess Life. Also find a photo essay by Eric Rosen on the Pro Chess League finals in an upcoming magazine.  Follow round three, and subsequent rounds of the US Championships at 1:50 ET daily.
SHARE: