The 2022 U.S. Open Chess and Tennis Championship – An Emerging Tradition

“Lawrence, only two kinds of creature get fun in the desert: Bedouins and gods, and you're neither. Take it from me, for ordinary men, it's a burning, fiery furnace.” ~Lawrence of Arabia 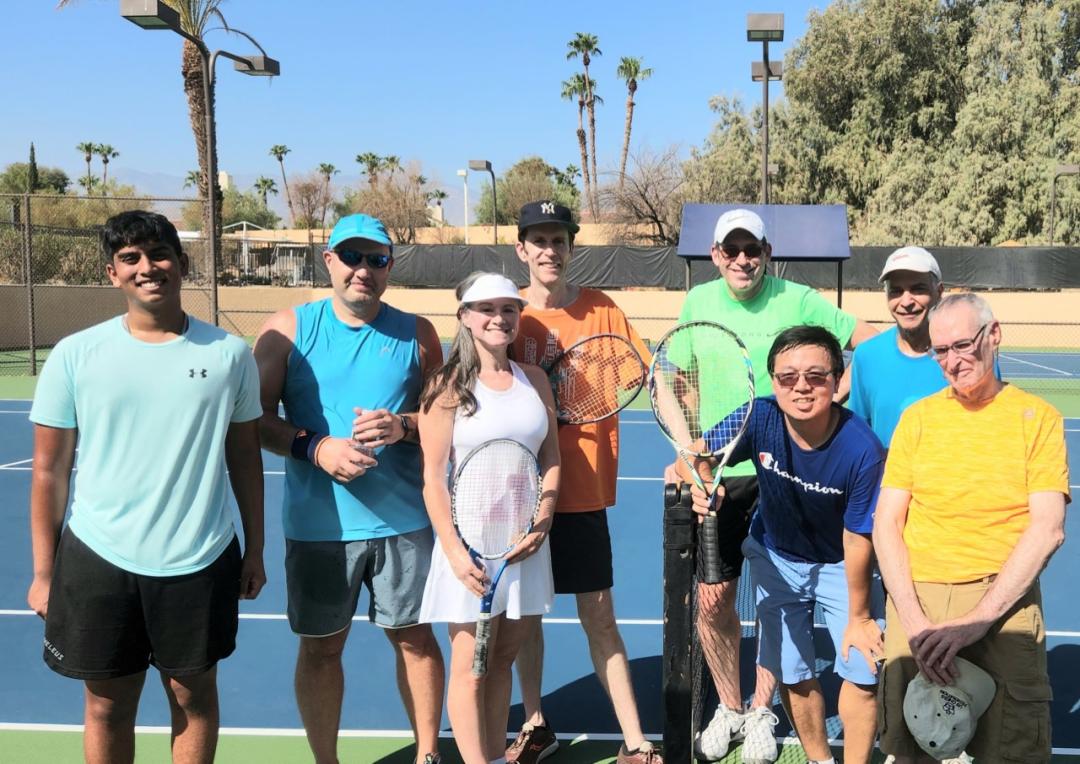 Here are the participants, listed in left-to-right order from the above photo; the number in parentheses is their US Chess rating:

Srikar Potharaju, AZ, plays varsity tennis for his high school and was our youngest participant (1788).

Dan Lucas, GA, Senior Director of Strategic Communication for US Chess and organizer of the event (1579). He is an active league tennis player at home in Atlanta. He learned tennis at the same age as chess—six—and played varsity tennis in high school.

This tennis outing at our U.S. Open began about a decade ago as a very casual response to the then popular golf outing. But the tennis event has grown and has enjoyed support from US Chess Sales, which this year donated $85 worth of gift certificates to uscfsales.com. The event is open to anyone associated with the U.S. Open in any way, be it staff, player, parent, or sibling.

When the four rounds of four-game mini-sets were completed, the winners were: 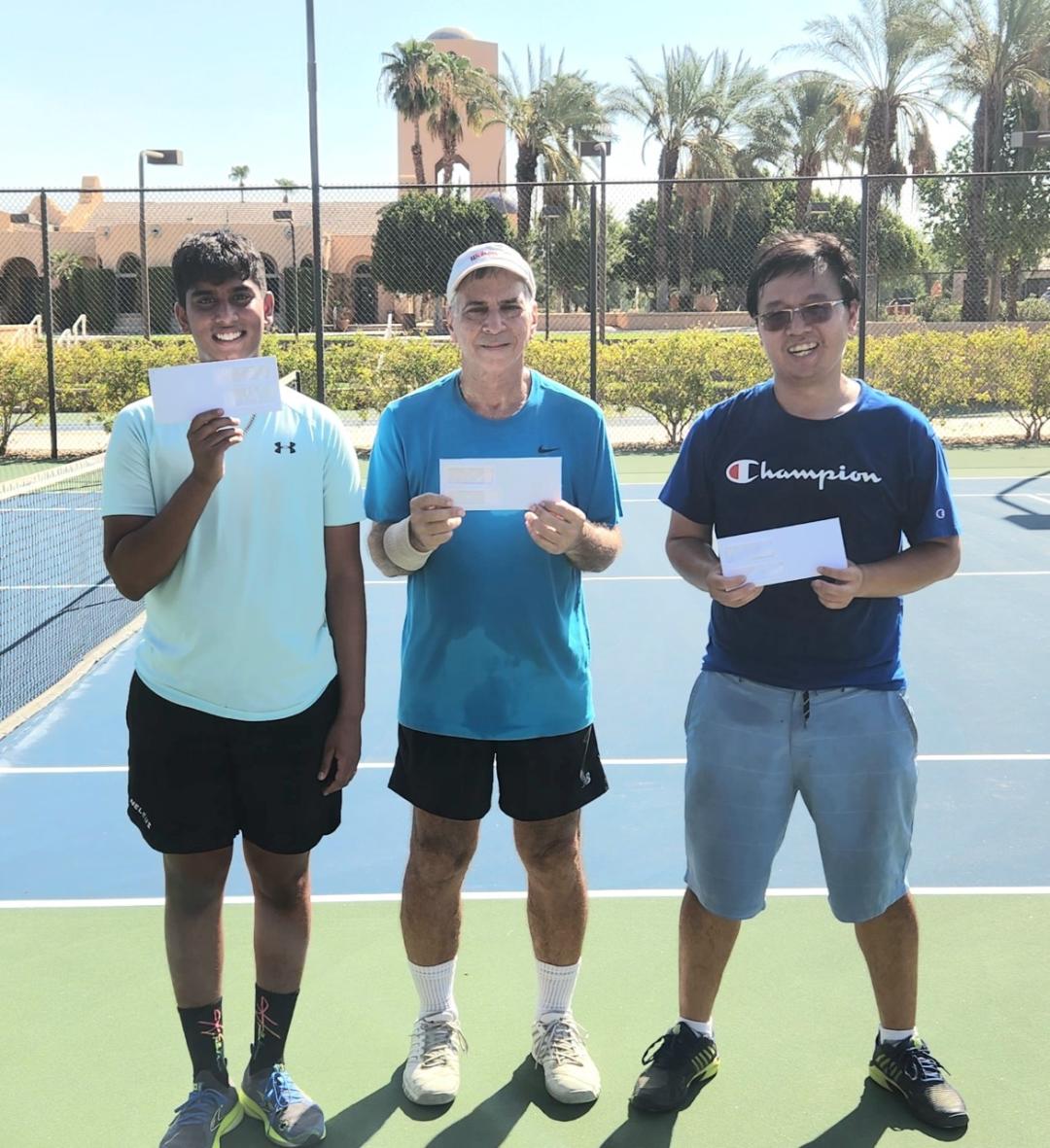 This is Haskel’s second consecutive win at this event, notable as he was the oldest player competing. 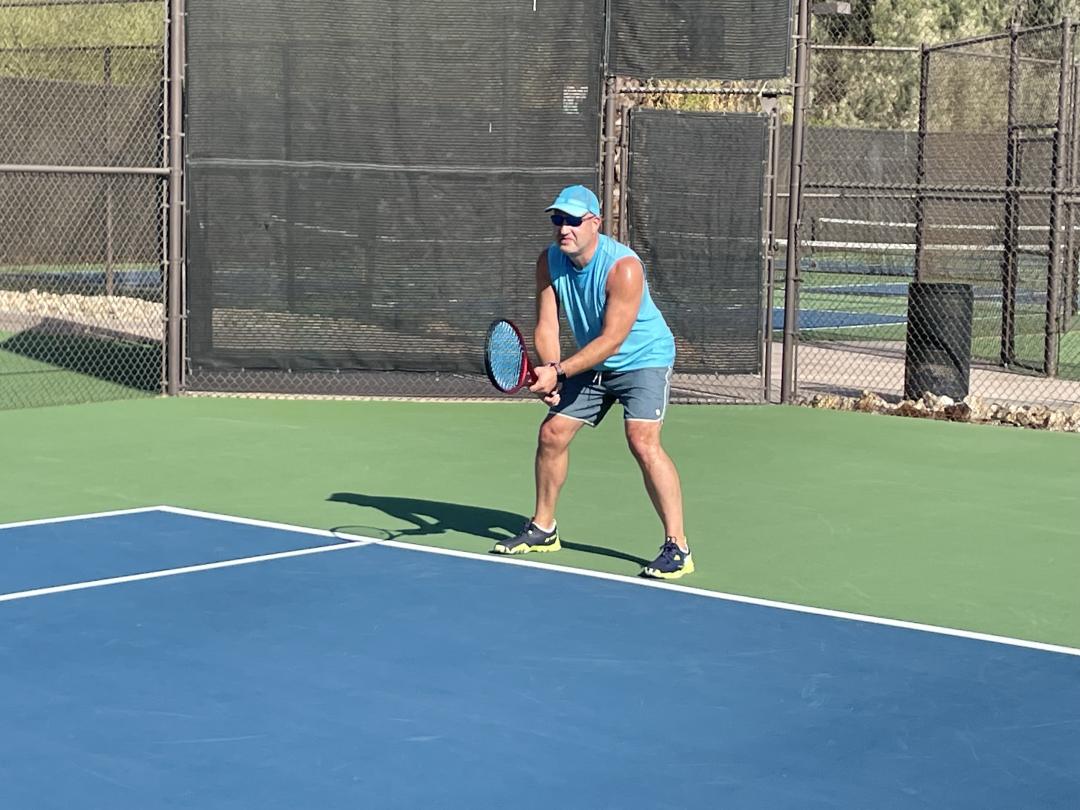 Here is some video of a point being played:

We'll see you next year in Grand Rapids, Michigan.

The playing site for this…

The playing site for this year's U S Open chess tournament is located on Dinah Shore Drive. Dinah Shore in her lifetime was a golf patron rather than a tennis patron. Bobby Darin at the time of his death was a chess patron(he was planning on sponsoring a major invitation-only international chess tournament).

Great this event is…

Great this event is concurrent with US Open tennis. Both require strength and clever
placement. Perseverance and mental stamina.