On December 17, 2015 the US Chess Executive Board approved the 2016 edition of the National Scholastic Chess Tournament Regulations.  The document, authored by the US Chess Scholastic Council, is the product of more than three months of work to capture, analyze and apply lessons from the 2014-15 Scholastic Chess year.  You can access the full pdf document here, as well as separate files for bughouse and blitz. It incorporates input from many sources, such as:

For 2016, the Scholastic Regulations now feature a new “Summary of Changes” page, a quick-guide for readers on what’s changed from the 2015 edition.  Another useful tool is the hyperlinks between the Table of Contents and major sections of the regulations. A primary focus for the 2016 regulations was to make major improvements in three areas:  1) player behavior relative to the bathrooms and talking in the playing area, 2) electronic communications devices, and 3) ratings from other over-the-board rating systems. When players are seen talking to one another, or are observed talking to someone when they supposedly were going to the bathroom, they draw attention to themselves.  It is not uncommon for someone to actually have video of players talking to other people outside the playing hall.  Although such “evidence” usually doesn’t include what they were talking about (e.g. it could just as well be about what time are we going to dinner, or my stomach hurts), the fact is that any player who talks with someone while their game is in progress creates the appearance of violating one of the most sacrosanct precepts in chess—that the game is between the two players.  Paragraphs 21.14 and 21.15 in the new regulations address this issue of talking and also describe appropriate player behavior while games are underway. Nowadays the thought of someone “cheating” at a National Scholastic event is an issue that threatens the integrity of our beloved game.  In particular, players having cell phones loaded with chess analysis software has been a hotly discussed topic.  In paragraph 21.12, the scholastic regulations codify the US Chess procedure started in the Spring of 2015 which “strongly encourages players not to bring their electronic devices into the playing area” at all.  However, recognizing that some players will carry their cell phones or iPads, the new regulations instruct those who do to turn-off their devices, leave them off, and put them away for the duration of their games.  The regulations also specify that during their games players cannot have an electronic communication device on their physical person or stowed in a manner that would allow a player to receive assistance. For the Spring Nationals in 2016, all forms of entry for the Under and Unrated sections shall require players to disclose at the time of registration whether they have a rating in another over-the-board (OTB) rating system.  The new regulations require the Scholastic Council to appoint a Council Member to oversee entries for each of the Spring Nationals, to periodically check common OTB rating systems, and to research instances where players have, or are alleged to have, other ratings.  Not every rating comes from a trustworthy rating “system.”  In fact, it is not uncommon for tournament directors to maintain their own local hierarchies for players and to use such “ratings” to pair players at local events.  Paragraph 12.5 in the Scholastic Regulations has been completely re-written to address matters that involve other OTB ratings. The Scholastic Council looks forward to the competitions to come in 2016! 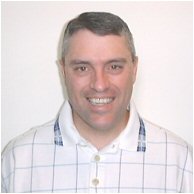 Questions about the Scholastic Regulations can be sent to the author at mhoffpauir@aol.com. About the Author:  Mike Hoffpauir is a National Tournament Director and FIDE Arbiter who has been a member of the US Chess Scholastic Committee for almost 10 years.  He is Chairman of the Board, and a past-President, of the Virginia Chess Federation.  Mike has been a Chief Tournament Director, Floor Chief, Section Chief and Floor TD at more than twenty US Chess National Scholastic events.  He has been a Co-Chair of the Scholastic Council for the past 3 years.