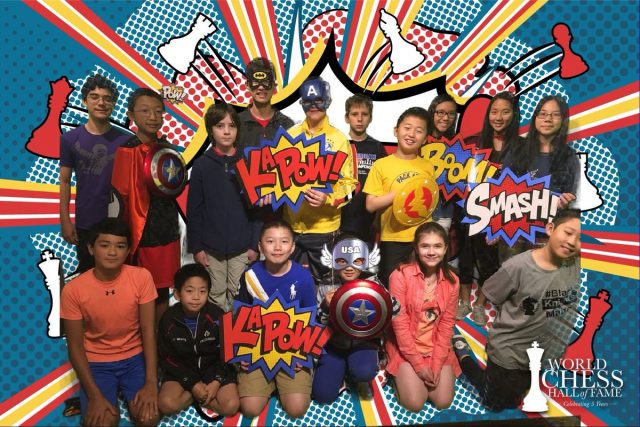 The 38th US Chess School
America’s top chess school, which has produced a conveyor-belt of talent, has joined forces with Chessable, the world’s leading online training platform. Dubbed the “Grandmaster factory”, the US Chess School provides free training and resources to the nation’s most talented juniors. Its aim is to develop and polish the elite talent needed to make the US the dominant force in world chess through holding invitation-only camps and training sessions. From today, this world class school, which has numerous International Masters and Grandmasters as alumni, will receive significant support from Chessable. Chessable’s sponsorship will allow the USCS to expand the number of students it can admit and continue to attract high-caliber coaches. Students will also be given the ability to train on Chessable’s unique MoveTrainer technology, with access to the courses and videos from the world’s top players. Attendees include 19-year-old Jeffery Xiong, who became a Grandmaster at 14, the current US Women’s Champion Jennifer Yu, and the youngest female chess player to defeat a grandmaster, Carissa Yip, who achieved the feat aged 10. International Master Dmitri Shneider, a former US #1 ranked junior and Chessable’s Chief Operations Officer, said: “I wish I had this kind of a resource when I was coming up through the ranks a few decades ago. “To be able to learn from not just the top coaches but also from fellow peers is a unique opportunity that very few around the world are able to get. I am happy that we at Chessable can contribute to this effort.” The US Chess School, a non-profit, was founded in 2006 by International Master Greg Shahade, from Philadelphia, and has been generously supported by Dr. Jim Roberts in recent years. It has held over 50 training camps for talented youngsters all over the US, including CA, NY and the US chess capital St Louis. Greg Shahade said: “I’m very excited to have Chessable as a sponsor, not only because the additional financial resources will allow us to attract top coaching talent and provide free training to many more students, which of course is very nice…but I, myself am a big user of the Chessable platform and I’ve learned a lot about openings from some of the courses, and have used these courses to form a repertoire.” Chessable was founded in 2015 by David Kramaley and Minnesota-based International Master John Bartholomew and is now part of the PlayMagnus Group. Its MoveTrainer technology was built to make learning chess content as easy, fun and as efficient as possible. The US currently ranks second in the world to Russia when it comes to Grandmasters. Russia has 256 GMs, to America’s 101. Contact peter@chessable.com  for more information.
SHARE: