Throwback Thursday: Byrne on the IQP

Having read Alexander Baburin’s outstanding (and sadly out of print) Winning Pawn Structues, and believing that the IQP is fundamental for chess knowledge and improvement, I’m always on the hunt for interesting games that feature the Isolated Queen’s Pawn. This week’s Throwback Thursday game comes to us from the August 1997 issue of Chess Life, and it’s a worthy addition to any IQP collection. 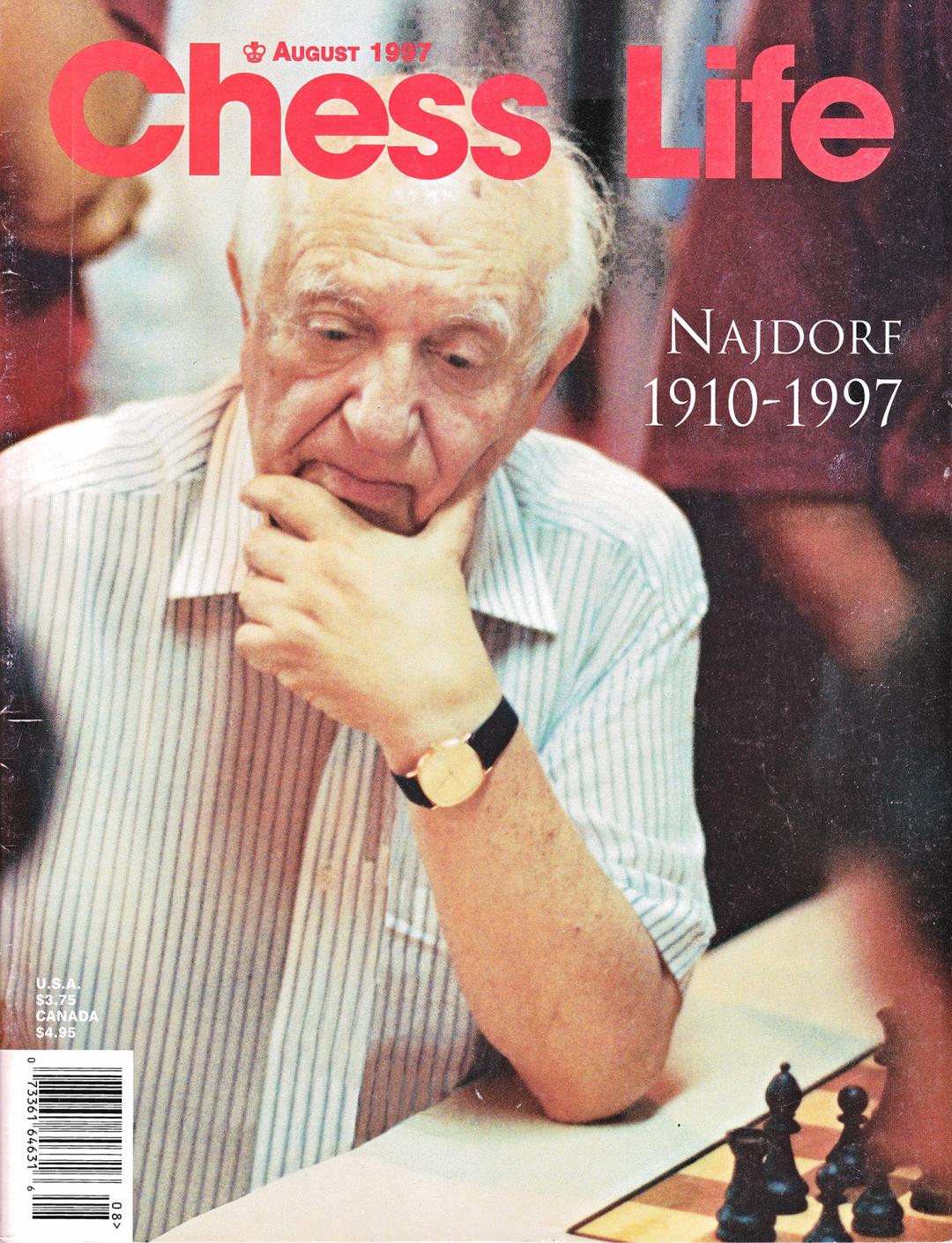 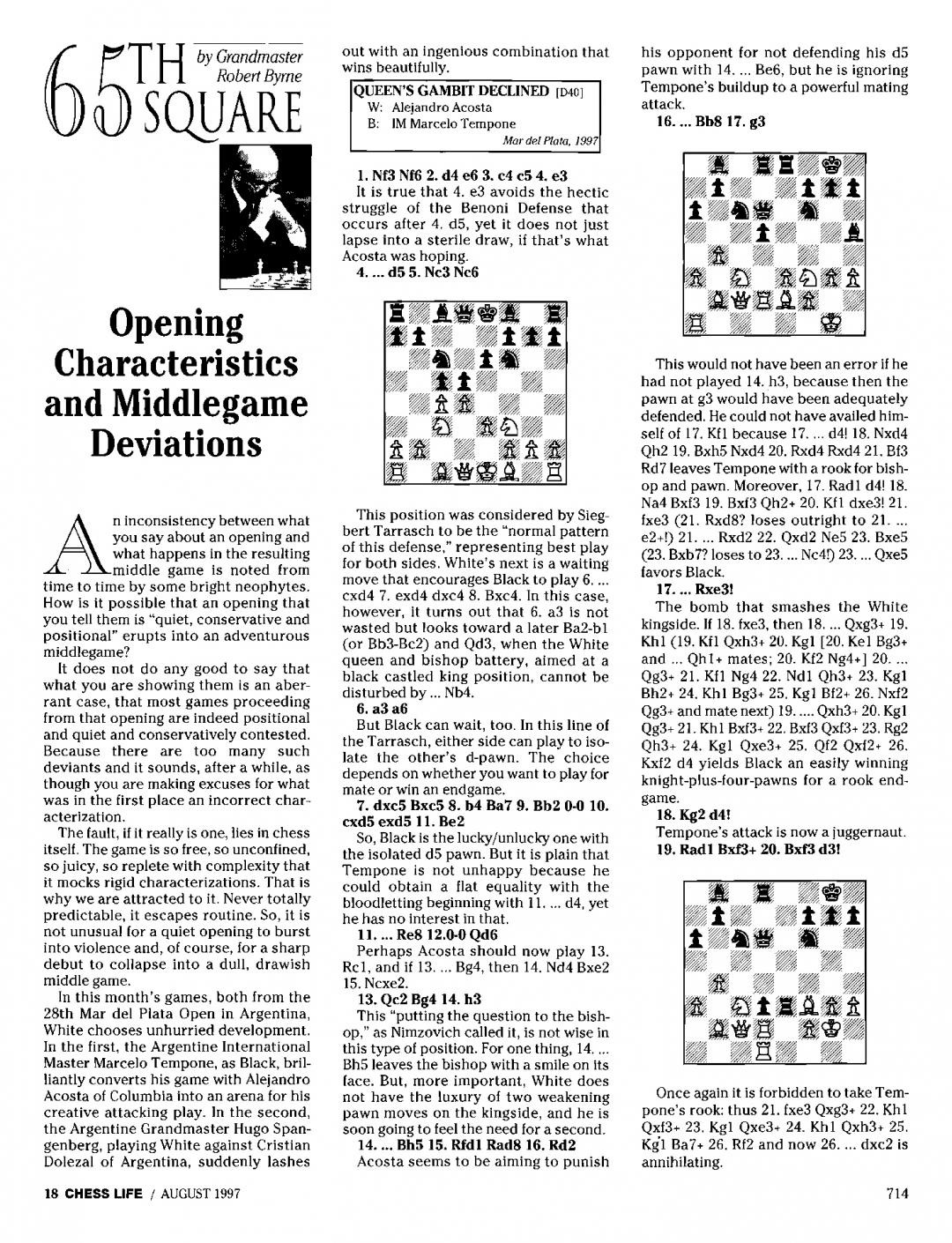 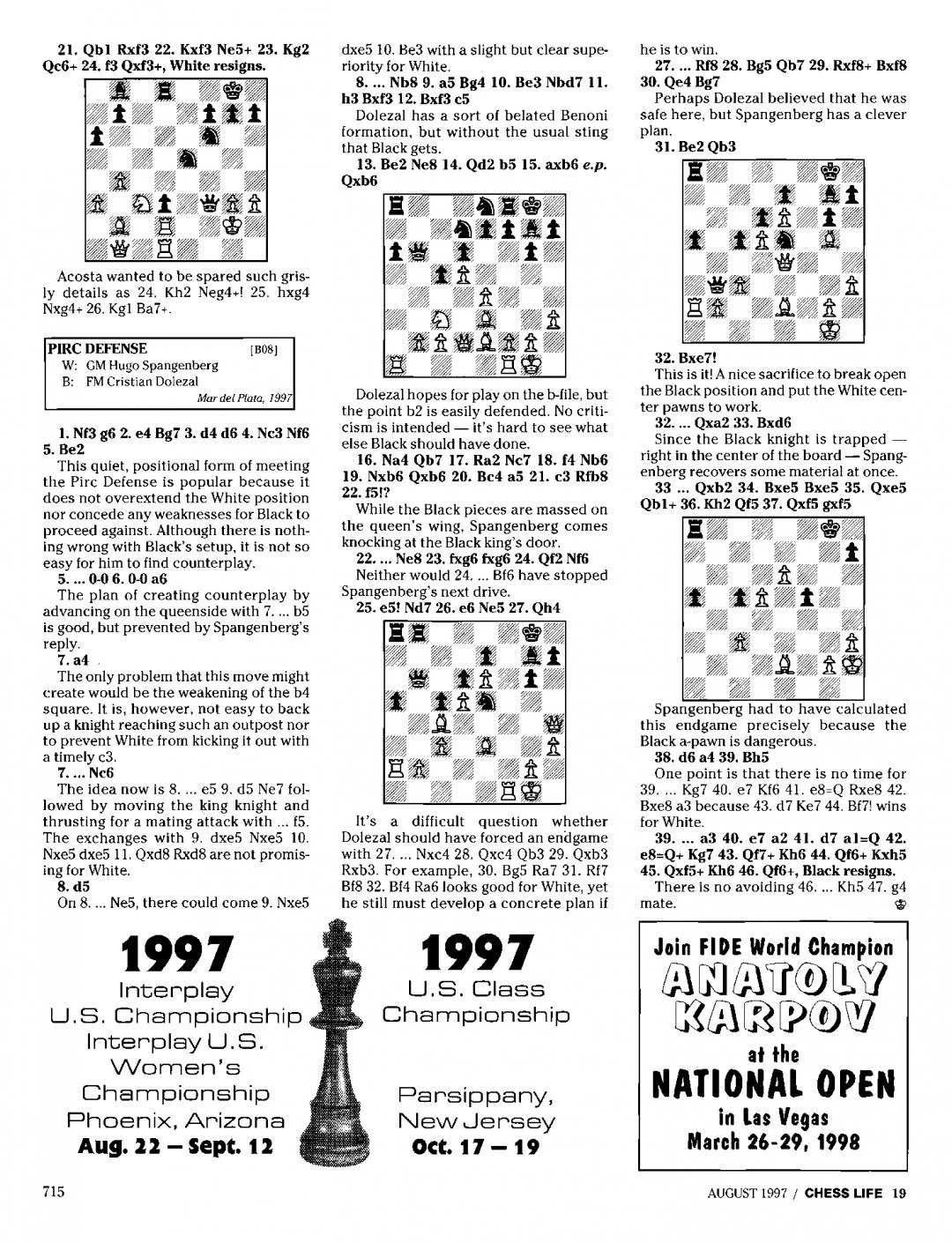 The August 1997 issue of Chess Life featured a memorial to Miguel Najdorf on its cover, along with the contributions of no less than fifteen columnists. Features included coverage of the 1997 US Amateur Championships, the 18th Annual Lina Grumette Memorial Day Classic, four national events (the Junior Open, US Junior, the G/10, and G/60 Championships) and former Chess Life editor Burt Hochberg’s account of the “Grand Chess” chess variant. It also featured this piece by Grandmaster Robert Byrne, one of the strongest American players of his era and an important chess writer and columnist. Perhaps best known for his 34 years (1972-2006) as the chess columnist for the New York Times – a position that, in a sign of the times, was eliminated in 2014 – Byrne was also a regular in the U.S. Championship and a stalwart member of nine Olympiad teams. An academic philosopher by profession, Byrne was a chess part-timer for many years until the Times column, coupled with the rising tide caused by the Fischer boom, allowed him to “go pro.” Perhaps his greatest achievement came in this era, when he finished third at the 1973 Leningrad Interzonal, qualifying him for the Candidates Matches. There he lost to Boris Spassky, 1.5-4.5. Here are two of Byrne’s finest games. The first, against Bronstein in 1952, was Byrne’s choice for presentation in his final column for the Times. The notes are based on his.

The second is an example of Byrne’s ‘mature’ praxis, a lovely win against Smyslov from 1976. Growing up in New York, and coming to chess in the early 90s, Byrne’s columns in the Times were of great value to me. His was the analysis that led me through the 1990 Kasparov-Karpov match, and for years my grandfather would clip his columns and mail them to me. So it is with no small bit of nostalgia that I present to you Byrne’s analysis of Acosta-Tempone (Mar del Plata, 1997) as it appeared in the August 1997 issue of Chess Life. The analysis is uncorrected, so interested readers may want to try to “find the holes” in Byrne’s notes as a training project.
SHARE: