One Move at a Time with September Guest David Grimaud 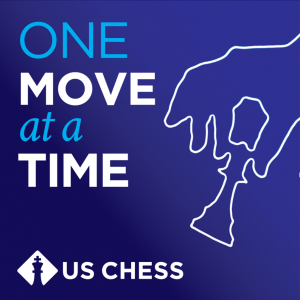 Welcome to the September 2019 edition of “One Move at a Time,” the US Chess podcast in which we talk to people who are advancing the US Chess mission statement to “Empower people, enrich lives, and enhance communities through chess.” David Grimaud is this month's guest. Grimaud has been the President of the South Carolina Chess Association since 2006, the Chair of the US Chess Senior Committee, a member of the Scholastic Council, and a member of the States Committee. Along with his wife Maureen, the couple was awarded the Koltanowski Silver award this year for their support of senior and women’s events. In his non-chess life, David is president of the Automotive repair and maintenance company Precision Tune's largest area developer, Grimaud Enterprises Inc., which oversees 93 stores in 11 states, from Utah to Texas to South Carolina. 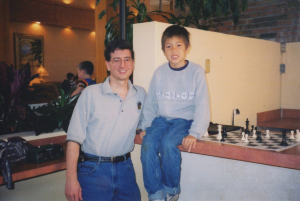 David Grimaud after losing to Ray Robson in 2003. 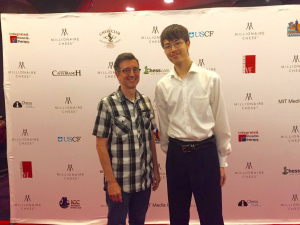 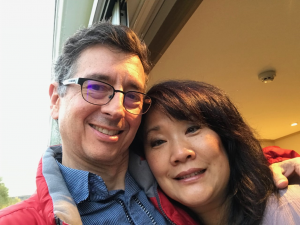 David Grimaud with his wife Maureen. The couple was awarded a Koltanowski Silver Medal this year for their support of Senior and Women's chess.

Make sure to subscribe on iTunes, Google Podcasts, or Spotify!

Thanks, Daniel, to you and US Chess for spotlighting our Senior Committee in this podcast. And as I was listening, I'm only sorry that I didn't mention some of the others in the background that are making the committee look good. Specifically, Michael Mulford (NV) and Drew Plyler (SC) who work with Jon Haskel to get the word out...Gene Nix (SC), Fun Fong (GA), and Paul Covington (NE) for their support and constant cheerleading. (Fun volunteered his valuable time to take the photos of the NSTOC.) And last, but not least, the NSTOC - National Senior Tournament of Champions - happened thanks to the approval, moral, and financial support of the Executive Board, Chuck Unruh in particular. Thanks to all! See you next year.
Wonderful interview. Helped me understand the world of chess better. I will pass the word along to others.