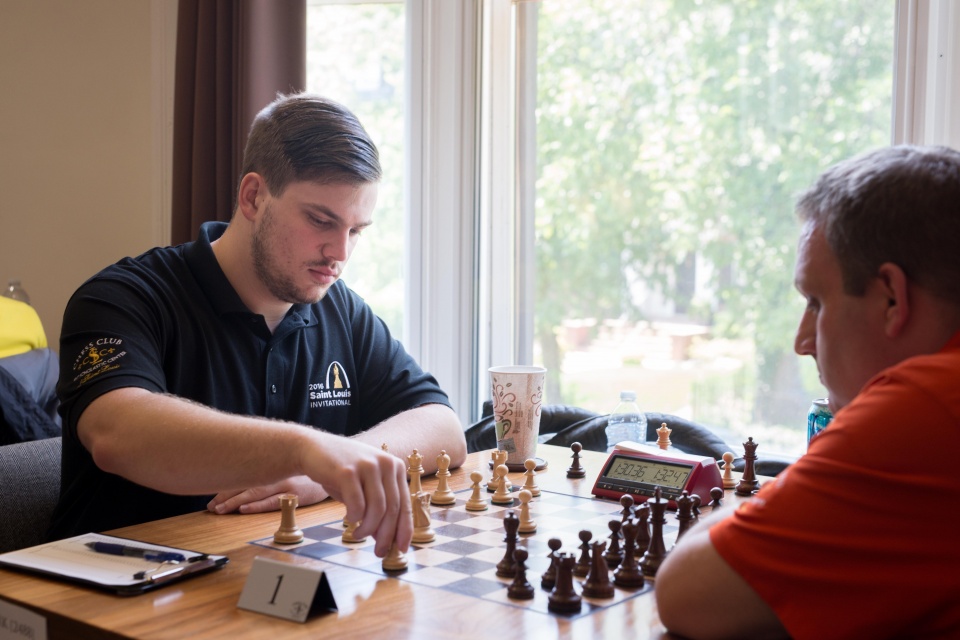 Grandmaster hopefuls IM Steven Zierk and IM Akshat Chandra tied for first at the 2016 Saint Louis Invitational, scoring 5.5/9 against a very tough field in the GM-norm section. Although both fell short of earning their third and final norm (6.5/9 was needed) their “+2” performance will net them a few rating points and $1000 each in prize money. Tying for third place were Webster University teammates GM Ashwin Jayaram and IM Irine Sukandar, each with 5/9. In the IM-norm section, IM Angelo Young took an early lead and never looked back to score 6/9 and take clear first place, followed by FM Gauri Shankar and yours truly sharing 2nd-3rd with 5.5/9. While there were no norms achieved in either event, the tournament was filled with exciting games and many decisive results throughout the week. Norms are often difficult to achieve in round robins, where every player in the field is capable of beating anyone else--in the past the annually held invitational has produced both GM and IM norms for players looking to complete their titles. Most notably in 2014: Sam Sevian surged to a 4/4 start and crossed the 2500 rating threshold to become the youngest American Grandmaster in history. 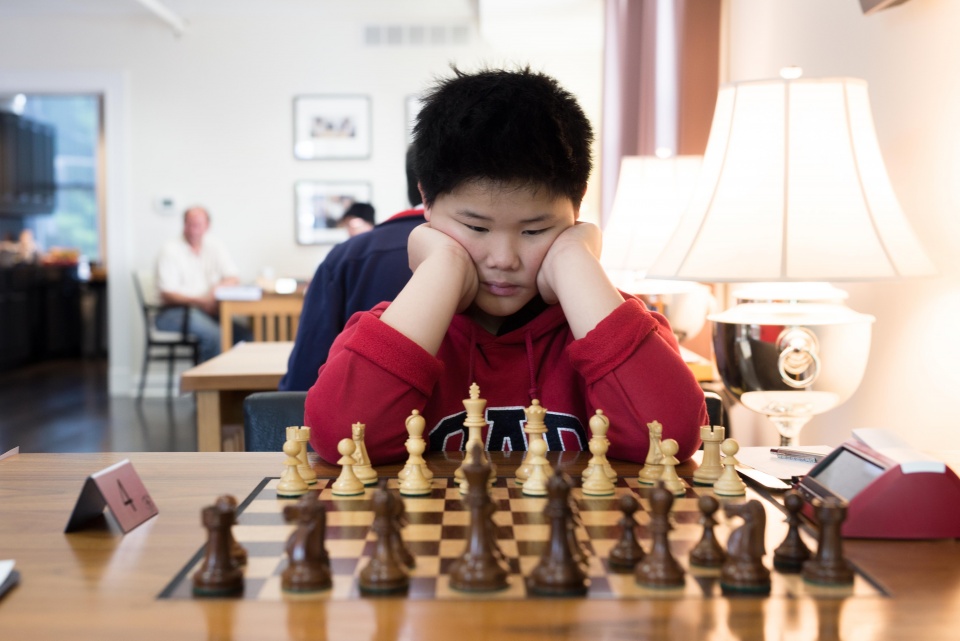 Also included in the GM group was 15-year-old IM Ruifeng Li, whose FIDE rating has already passed 2500, as well as the even younger IM Awonder Liang, fresh off his breakthrough performance at the recently concluded Continental Championships, where Awonder earned his first GM norm. Rounding out the field was GM Ben Finegold, GM Denes Boros, IM Aman Hambleton of Canada, and IM Eric Rosen. 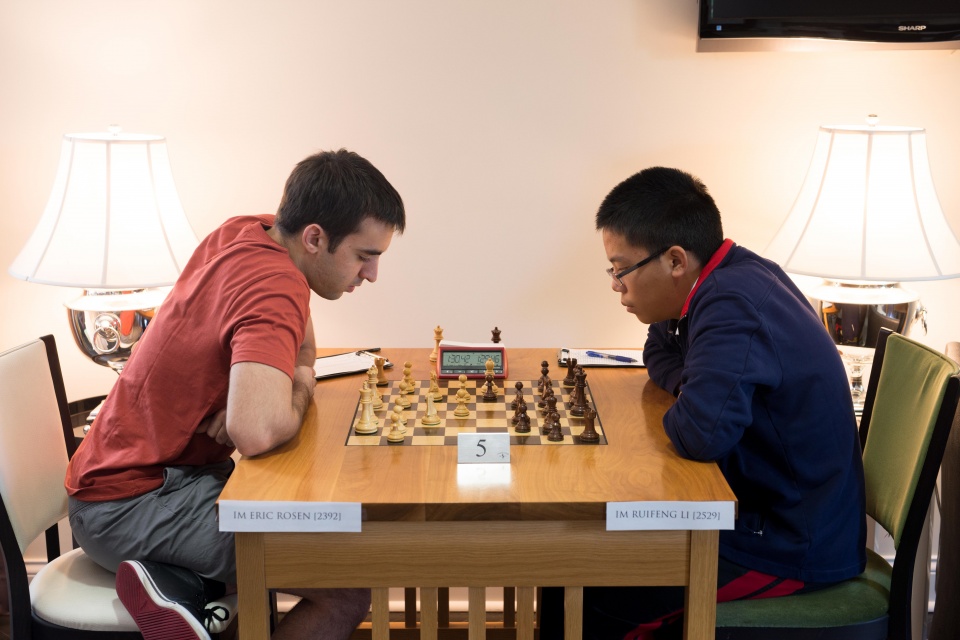 The IM section had a few familiar players and also a couple of newcomers. Along with the top prizewinners, IM Michael Brooks, FM Doug Eckert, and FM Seth Homa have all played in the invitational before. The new faces included IM Jaroslav Bures of the Czech Republic, FM Lefong Hua of Canada, and two of the U.S.’s rising stars: FM Hans Niemann and NM Carissa Yip, the latter having just played in her first U.S. Women’s Championship earlier this year. 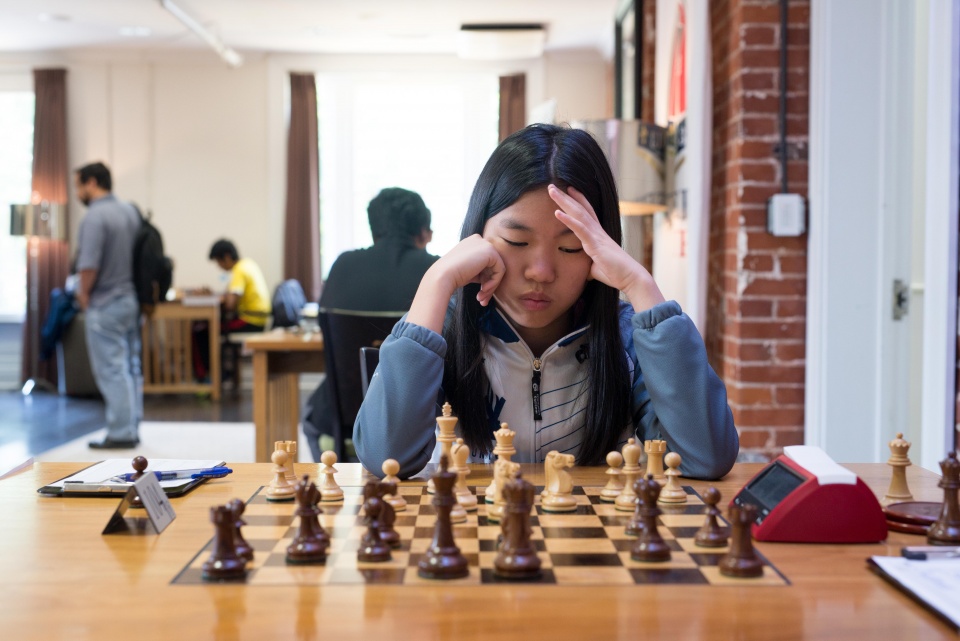 Zierk, who won the U18 World Championship in 2010, was the closest to achieving a GM norm, needing 2/3 from the final three rounds. Here is one of Steven’s four wins in the event, this one coming at the expense of Hambleton, annotated by both Steven along with GM Elshan Moradiabadi, guest annotating with his view of the sharp encounter:

Steven then lost to Sukandar in Round 7 and his norm hopes vanished the following round to Ruifeng, after he blundered a piece not long out of the opening. Meanwhile Akshat had an extremely steady tournament, finishing with two wins and seven draws—here is his win over Ruifeng in Round 3: 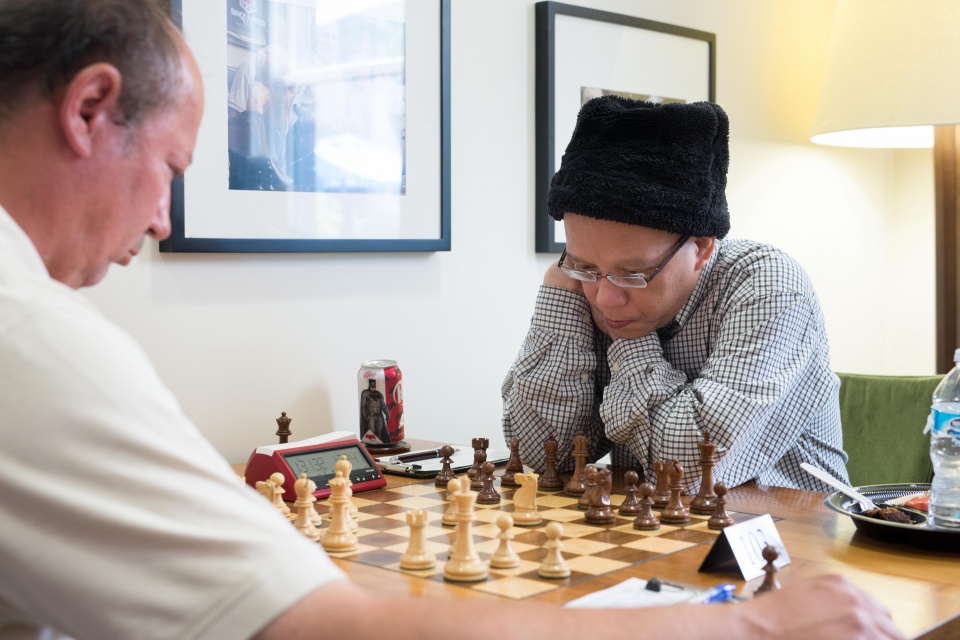 While the standings in the GM section were tight throughout the event, IM Angelo Young led the IM group the whole way, finishing in clear first despite a last round loss (!). Known for his swashbuckling style of chess, here is one of Angelo’s more exciting victories, against Homa:

My own tournament performance was quite volatile in terms of both my play and the result of each game. With five wins, three losses, and one draw, I felt that I just as easily could have scored either 3/9 or 7/9! Almost all of my games were filled with odd mistakes and complete turnarounds. I decided to annotate my lone draw, as the back-and-forth nature of the game was really indicative of my tournament experience as a whole. 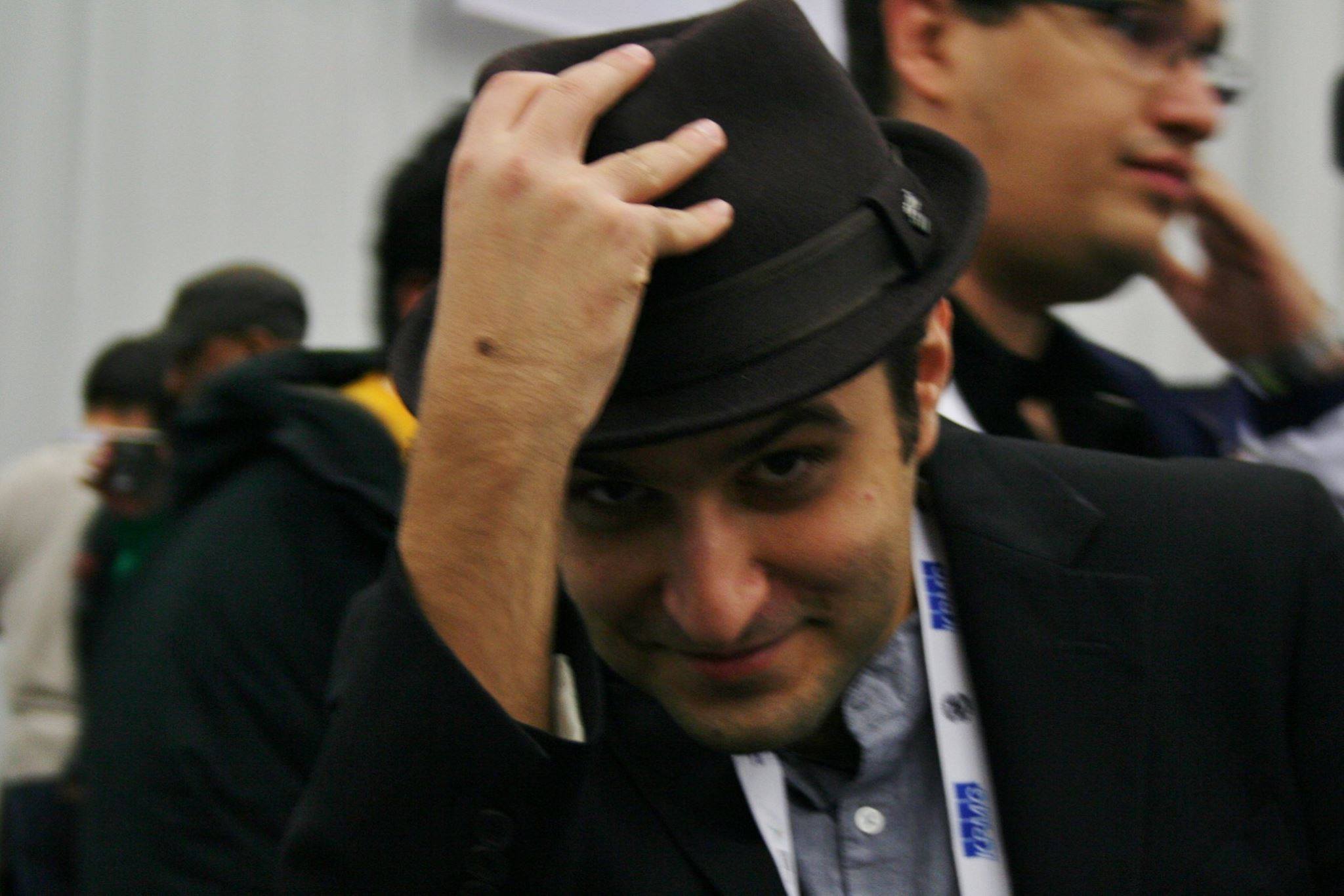 Joining me for commentary is Elshan, who provided some great insights into the struggle: 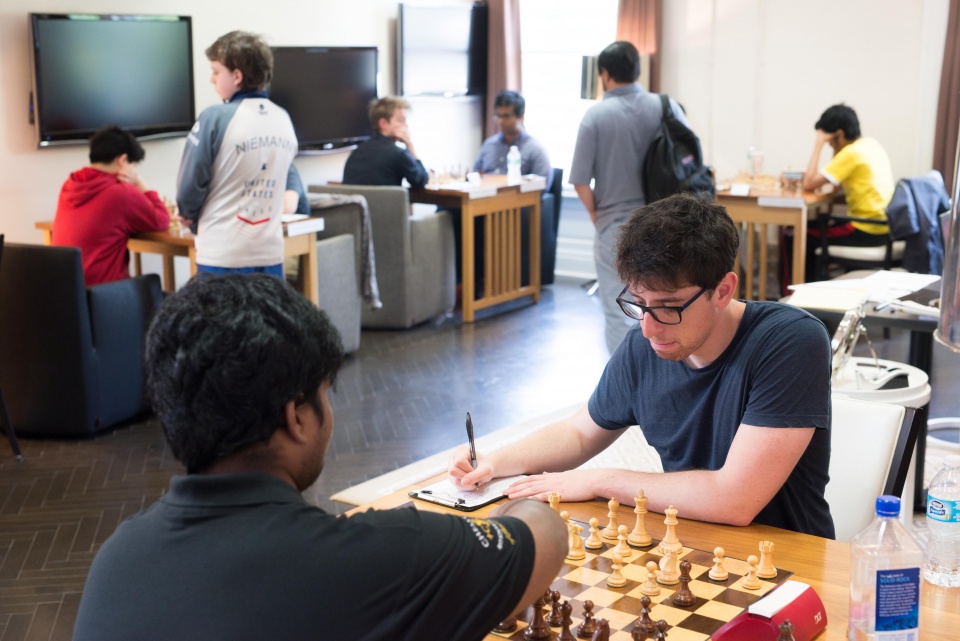 All in all it’s a tremendous pleasure to play at the Saint Louis Chess Club, the playing conditions are truly superb and the tournaments are always organized and run with the utmost professionalism. Visit the official tournament page for the full standings, games, and photos from the invitational. The next major events taking place at the club will be the U.S. Junior Closed Championship, starting in a few weeks, as well as the Sinquefield Cup in August. FM Kostya Kavutskiy is a chess player, writer, and teacher based in Northern California. Make sure to follow Kostya on his Twitter and check out his regularly updates.  GM Elshan Moradiabadi is a coach, writer, and commentator based in Texas. Elshan is a PhD candidate in Management information systems (MIS). Follow Elshan on his Twitter, and please feel free to contact him at elshan.moradiabadi@gmail.com for consultation, coaching/lectures (online or on site), or writing cooperation. Next up at the Saint Louis Chess Club: The US Junior Closed Championships, set for July 7-18.