Who Is Magnus Carlsen? 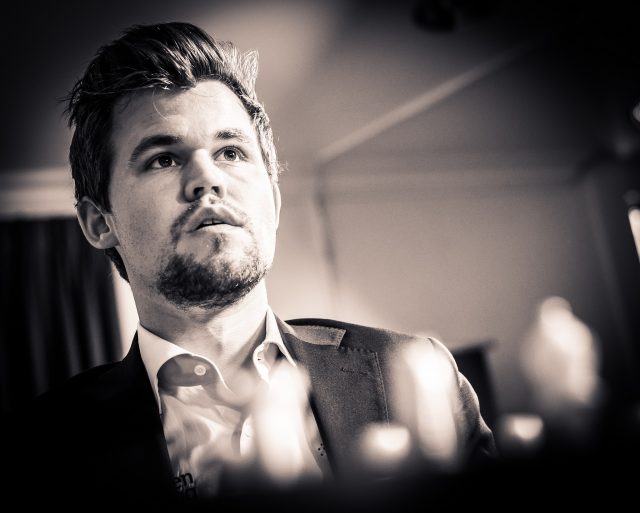 Photo: Lennart Ootes
With the upcoming World Championship duel between Fabiano Caruana and Magnus Carlsen only a little over a week away, we continue previewing the event with a closer look at each of the  players. Last week, we explored Caruana's endeavors outside of chess. Now, let's take a look at the World Champion himself. We all know of Magnus Carlsen the hyper-confident chess player, World Champion, and highest ranked player in history, but who is he beyond competitive chess?

In 2015, the Norwegian brand, Altibox, featured Magnus Carlsen in a battle against a sorcerer in one of their commercials. 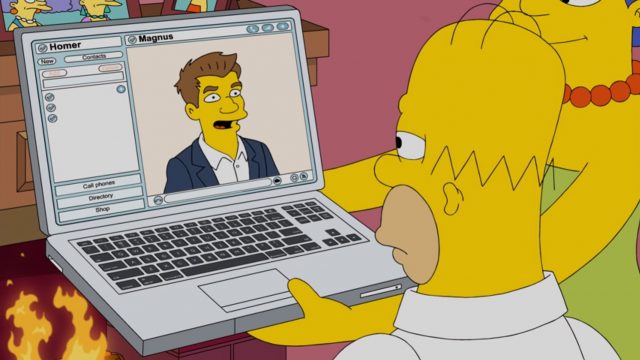 In 2017, Magnus Carlsen was featured on a chess-focused episode of the Simpsons, "The Cad and the Hat." Carlsen gives sage advice as he trains Homer Simpson for an epic chess match against his father. 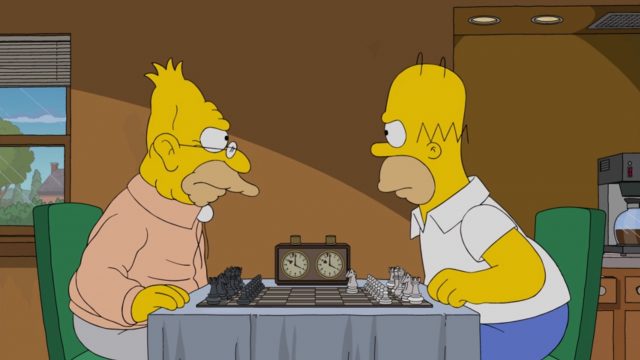 “To find your true feelings, you must finish your final chess match with your father.” -Magnus Carlsen’s advice to Homer

The Face of Porsche

In 2016, Magnus Carlsen was featured in a commercial for the Porsche 911 where he plays a chess game against a worthy opponent, himself.

"Greatness comes from within, from pitting you against you... until the greatest version of you triumphs."

"In the chess world, Magnus Carlsen, a 19-year-old Norwegian, is a phenomenon. A grandmaster by the time he was 13, he is ranked No. 1 in the world — the youngest ever.

But can he sell clothes? G-Star, a privately held Dutch company with 700 million euros in wholesale revenue worldwide, is betting that he can. It has introduced an advertising campaign built around Mr. Carlsen and the actress Liv Tyler."

-Dylan Loeb McClain, "He Mastered Chess and Now for the Runway"

“One of the core ideas of our brand is the idea of surprising and contrasting combinations.” -Joris Aperghis, the chief marketing officer of G-Star, "He Mastered Chess and Now for the Runway"

"Magnus is extremely competitive, not just in chess. On the soccer field and basketball court, he went full force: taking every shot he could and showing his frustration whenever he missed. I recall one moment when he passed me the ball and I completely whiffed the shot. He quite audibly expressed his anger and disappointment. It’s not a great feeling to let the world champion down." -Eric Rosen, "What Its Like to Meet Magnus Carlsen"

"[In football,] I enjoy the camaraderie in the team but prefer kicking around with friends rather than playing organised matches." -Magnus Carlsen, "Football-mad, mobbed by girls and easily bored: Meet Magnus Carlsen, the world's greatest chess player"

"Magnus is incredibly fit. Chess players aren’t typically thought of as being athletic. In soccer, he was easily the most skilled and fit player on the field. After 2 hours of non-stop playing, he showed no signs of being tired. It should be noted that this was directly after his 5+ hour win against Wesley So. It shows that in order to be a world class player, you have to be in top-notch physical shape." -Eric Rosen, "What Its Like to Meet Magnus Carlsen"

"It’s vital that I feel good in my body if I’m going to be in complete control of my faculties." -Magnus Carlsen, "Interview: Magnus Carlsen"

"I enjoy hiking and skiing like most Norwegians. In winter, there will be snow for months on end. In the summer, there are the long evenings to enjoy." -Magnus Carlsen

"When I’m at a tournament chess takes up all my time. At that point I’m 100% focussed on the game. I switch off the television and telephone, I don’t exist for anyone… When I’m at home? If I don’t have a training session and there’s no upcoming tournament then I don’t study chess at all." -Magnus Carlsen, "Magnus Carlsen: Not a Child of the Computer Era"

"I have a very childish sense of humour; I will do a prank and my friends will shake their heads." -Magnus Carlsen, "Football-mad, mobbed by girls and easily bored: Meet Magnus Carlsen, the world's greatest chess player"

"It’s easy to get obsessed with chess. That’s what happened with Fischer and Paul Morphy. I don’t have that same obsession." -Magnus Carlsen

‘It’s true that I had to behave like an adult whenever I was at chess tournaments. Then at home I would overcompensate by being extremely childish. Thus, I haven’t really come so far in my development, and I am still immature at home. So it’s all gone wrong!’ -Magnus Carlsen, "Football-mad, mobbed by girls and easily bored: Meet Magnus Carlsen, the world's greatest chess player"

"I get more upset at losing at other things than chess. I always get upset when I lose at Monopoly." -Magnus Carlsen

"I feel sorry for players who are always lying awake at night, brooding over their games." -Magnus Carlsen, "I am chaotic and lazy - Interview by Maik Grossekathofer"

"I got the travel bug when I was quite young. My parents took me and my sisters out of school and we travelled all over Europe. It was an eye-opening experience, and, although I love Norway, I also enjoy visiting new countries. I don't get homesick." -Magnus Carlsen

https://www.instagram.com/p/4jPEJRKVTg/?utm_source=ig_web_options_share_sheet   What are your thoughts on Magnus Carlsen outside of chess? Stay tuned for coverage on the upcoming World Championship, including Caruana and Carlsen's past head-to-head games and an in-depth look at each player's strengths and weaknesses.