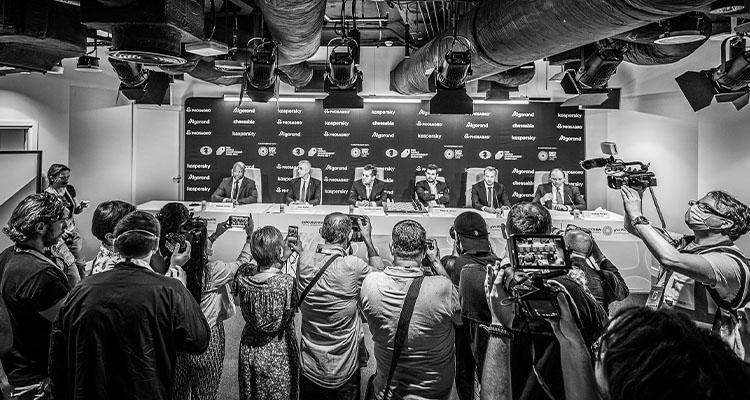 Perhaps the biggest holiday in the chess universe today, the World Chess Championship has delivered the world its king since Wilhelm Steinitz first won the world champion title in 1886.

Today the 16th World Champion of Chess is Magnus Carlsen, a 30-year-old Norwegian Grandmaster who has maintained FIDE's World No. 1 rank for more than a decade, and earned his first world title in 2013 by defeating GM Viswanathan Anand at the age of 22. Since then, Carlsen has defended his title three times: a 2014 rematch with Anand, a 2016 match held in New York City against GM Sergey Karjakin, and the last in 2018 against American GM Fabiano Caruana.

Carlsen’s fourth title defense, postponed from 2020 because of the global pandemic, begins its first game on Friday, Nov. 26. Appropriately, the reigning World Champion will defend with the black pieces in game one, determined by Wednesday's ceremonial drawing of lots. 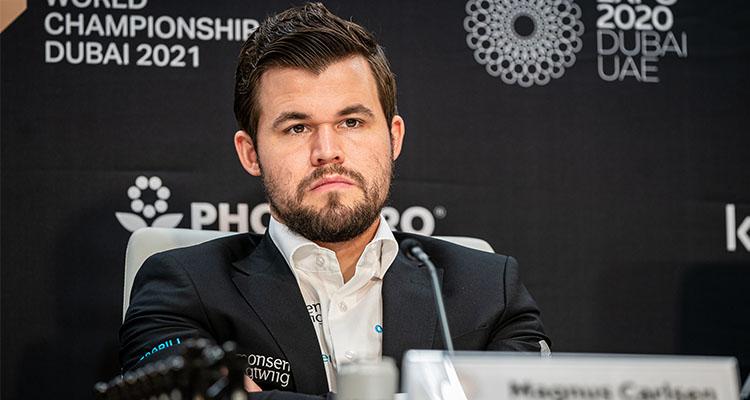 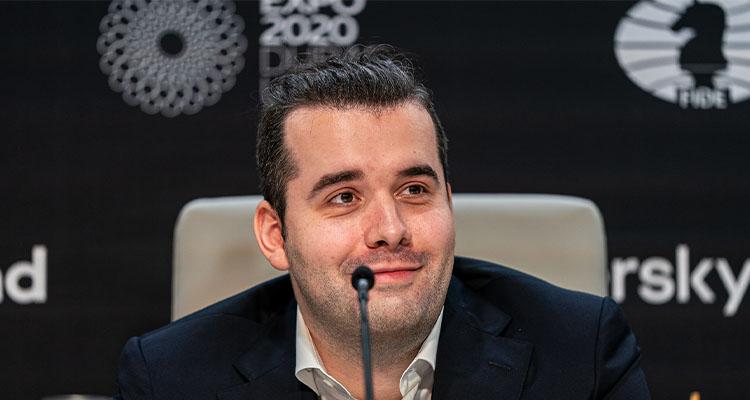 Carlsen’s 2021 challenger is Ian Nepomniachtchi, a 31-year-old Russian GM who will play under the FIDE flag with his country banned from all international sporting competitions. Affectionately referred to as “Nepo,” he ranks as FIDE’s No. 5 GM in November 2021 and makes his first appearance in a World Championship match, earning the right to challenge after winning the Candidates Tournament in April.

The 2021 FIDE World Championship is scheduled for November 26 to December 16 in Dubai, United Arab Emirates. The world title will be decided by a best-of-14 classical game format, using a time control of 120 minutes for 40 moves, followed by 60 minutes for the next 20 moves, and 15 minutes for the rest of the game. A 30-second per-move increment will be added on move 61. The match will end after one player has tallied 7.5 points, though if the score is equal after the regulation games – as it was against Caruana in 2018 – tiebreakers using faster time controls will be played. Full regulations for the 2021 FIDE World Championship may be found here.

There will be several avenues to tune into the 2021 FIDE World Championship, including a first-ever coverage agreement between NBC Sports and FIDE. After each game, NBC Sports will air a 30-minute highlight program which will include commentary from the renowned and first-ever African-American GM Maurice Ashley. The program will appear on NBCSN, NBCsports.com and the NBC Sports app on the following schedule:

Set your alarm for live viewing, as each World Championship game begins at 7:30 a.m. eastern. Chess.com has acquired broadcast rights as an official partner with FIDE, and every move of the 2021 World Championship may be viewed on the platform’s Events page, whenever you wake up. Alongside the live moves will be computer analysis, live chat and streaming video commentary by several special guests and world-class commentators -- a list that includes Carlsen's last challenger GM Fabiano Caruana. The World No. 3 American GM is scheduled to join four-time Women’s World Champion GM Hou Yifan and Chess.com’s regular broadcast duo of GM Robert Hess and IM Danny Rensch, part of a complete World Championship coverage and commentary in 12 different languages. 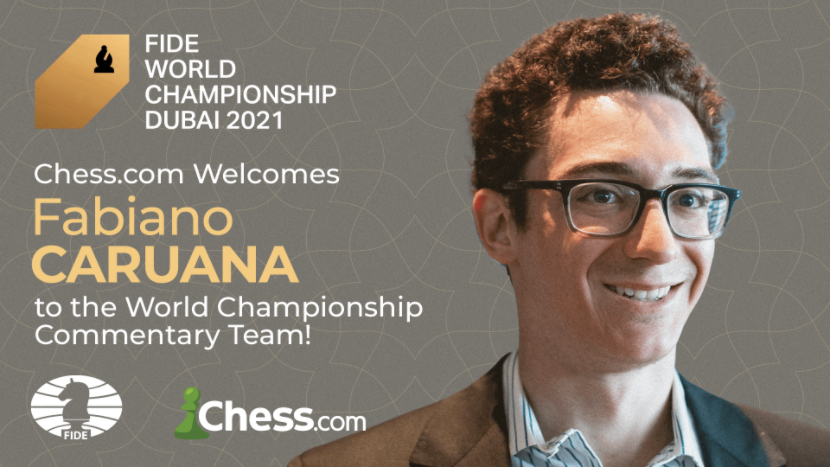 Independent chess streams will be plentiful, here are some of our top picks:

Last, be sure to check Chess Life Online daily for coverage of the 2021 World Chess Championship, featuring game annotations by the biggest names around American chess – including US Chess Champion GM Wesley So, former Women’s Champion IM Jennifer Yu, the legendary GM Alex Shabalov, and more. Each annotated game will be added and compiled into a Lichess study found here.

For more information on the 2021 FIDE World Championship, visit the official website.

Carlsen is the 20th Champion…

Carlsen is the 20th Champion

I love this post and appreciate the fact-check. Thank you.

nepo the next world champion

nepo
the next world champion

Carlsen is the 16th world…

Carlsen is the 16th world Champion, not the 20th. (Khalifman, Pono, Kazh and Topalov?? Please...) And Magnus will win by atleast 2 points. Not hard.