In the 14th annual meeting of their 16-board match, the University of Texas at Dallas chess team defeated a team from the University of Belgrade on November 15th by a convincing 10.5-5.5 score. UTD now leads the series 8.5-5.5. A complete match history is available in the program book, which is free to download and read. 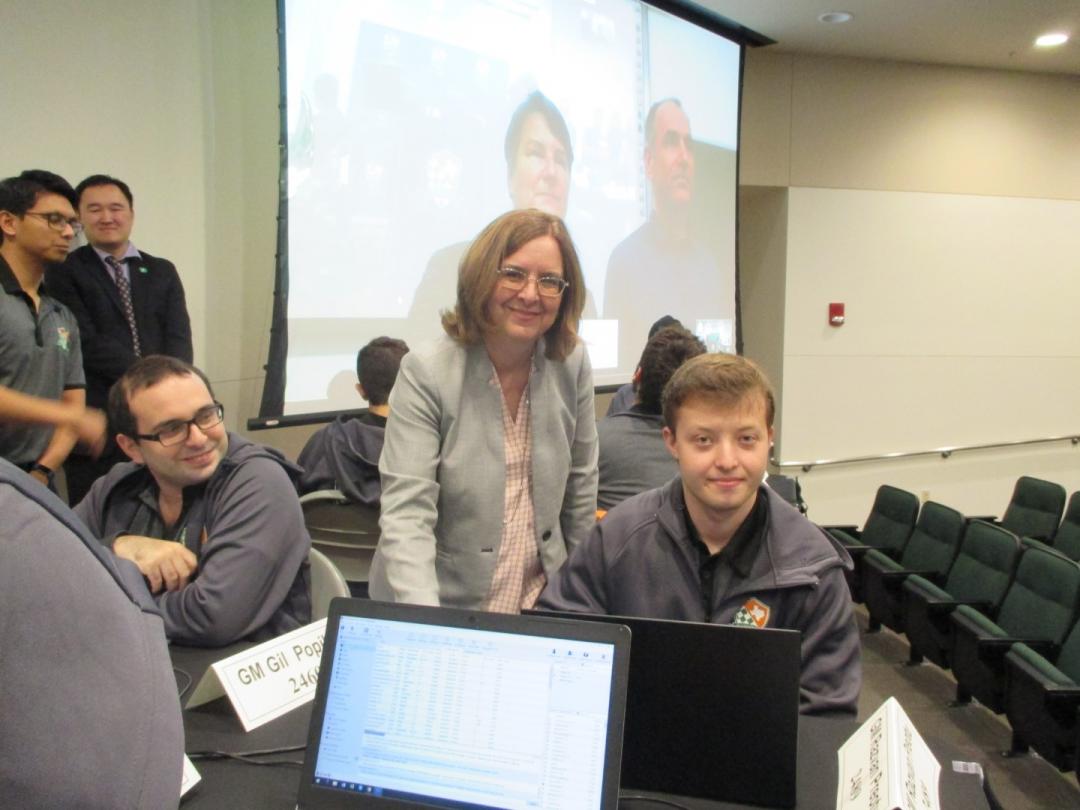 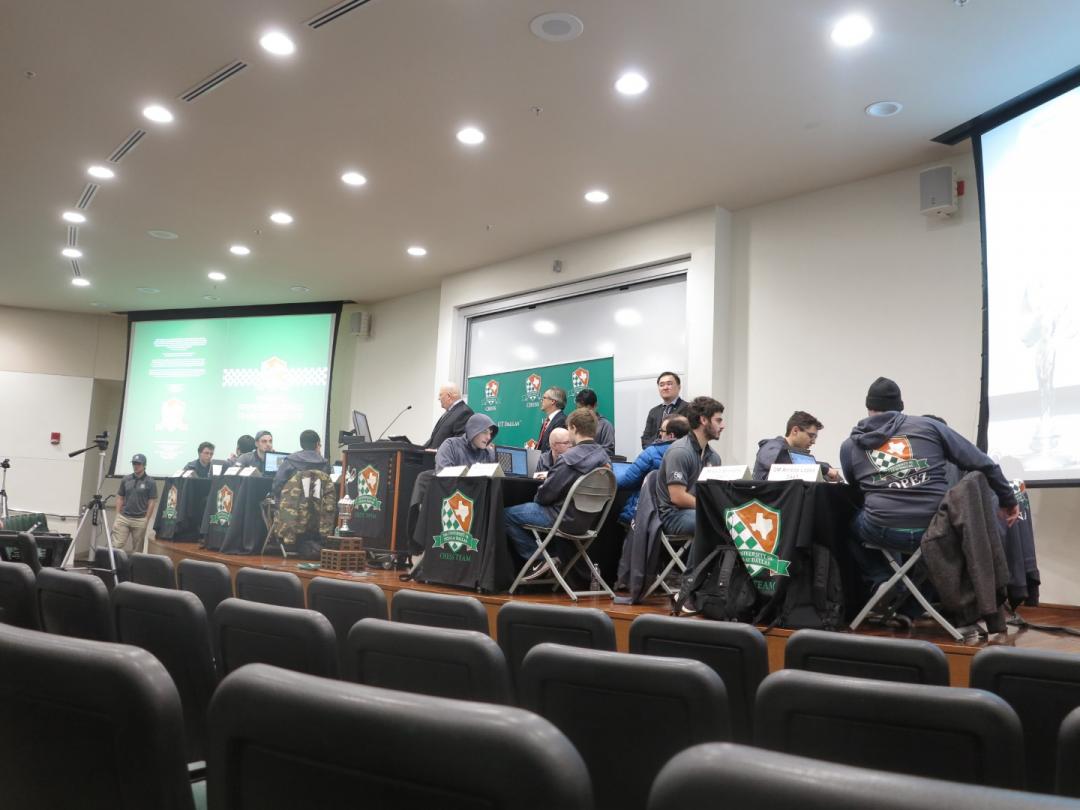 The UTD team at work! 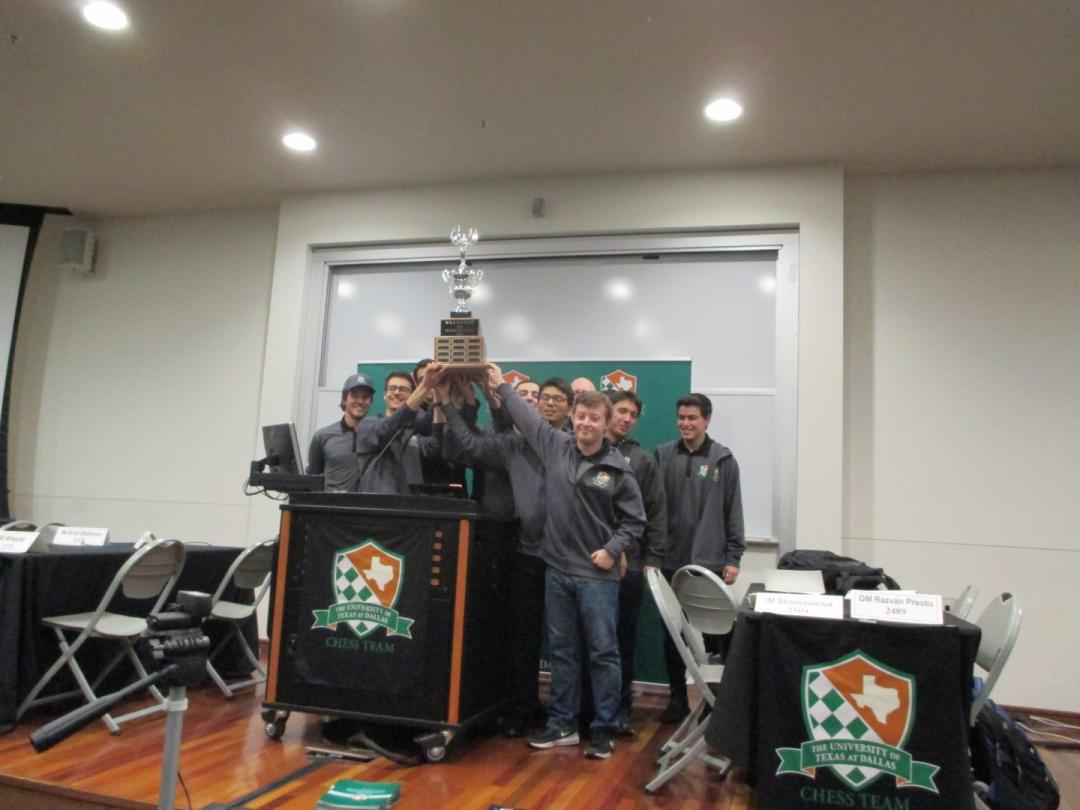 UTD wins!
The time control for the event is 40 minutes/5 second increment, so play was relatively fast. Brian Yang was the FIDE Arbiter in Dallas representing the Belgrade team. Brian’s job was to represent the Belgrade team and to monitor the UTD team for any violation of rules, cheating, etc. Over in Belgrade, it was Nebojsa Baralic on the behalf of UTD who monitored the UB team for any misconduct. UTD’s IM Craig Hilby (Computer Science sophomore) drew first blood with his victory over Damjan Jandric. The annotations are by GM Julio Sadorra, head coach of the UTD team. 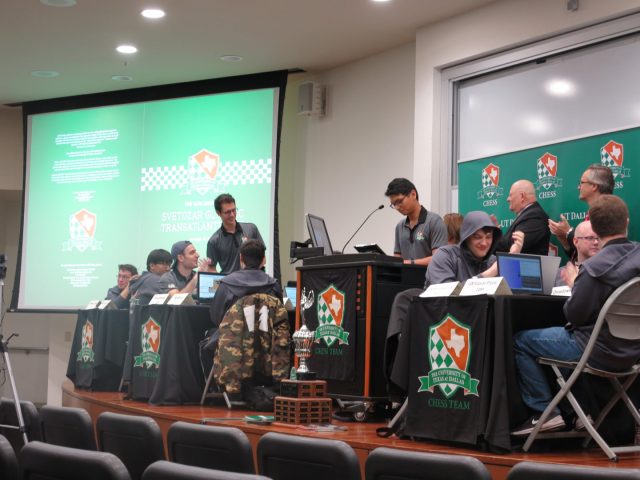 Stefanov, introduced by Coach Sadorra
Sadorra also explains the next victory by the Dallas team in IM Emil Stefanov (Economics sophomore) over Dusan Kalinic. Finally, the game that clinched the match win was Tony Yim (Finance and Economic junior) versus Matija Lojovic. For more on the UTD team and the annual Transatlantic Cup, visit the UTD chess website: https://utdallas.edu/chess/
SHARE: