Never (before this year!) in the history of the NATO Chess Championship has a U.S. player won an individual medal, and the U.S. has only taken team medals three times in the 30 year history of the event – Silver in 1989, Silver in 2002, and Bronze in 2014.  The deck, if we are frank, is stacked against us. The tournament is almost always in Europe so we have increased costs and time zones to deal with. There is no longer any funding from the United States Government. And the demographics of an all volunteer force, coupled with more than a decade of post 9/11 wars and deployments, make for significant challenges for the U.S.. This year we had some reasons for optimism.  Our team was one of the strongest in our history, as we would be seeded 4th if this were a true team event.  The tournament is an individual seven round swiss with teams of six from each country, and the top four scores determine the championship.  There were three clear favorites:  Germany, Poland, and Greece.  Their squads all averaged over 2200 FIDE.  There were six more teams that could be considered dark horses:  the U.S., Italy, Denmark, Netherlands, and Slovenia. All had team ratings between 2034 and 2118 FIDE. 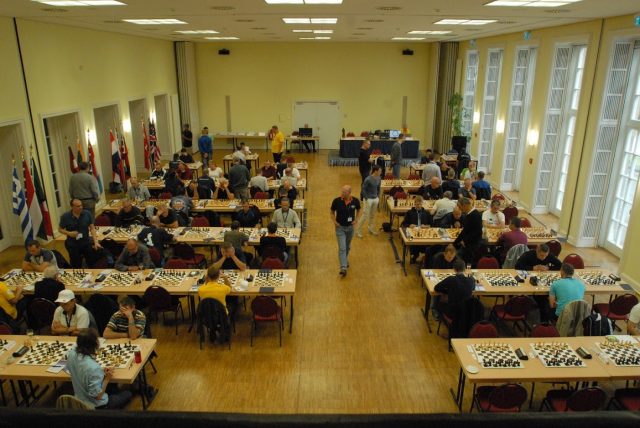 2019 NATO Ch Playing Hall (photo David Hater)
All counted, there were 114 players representing 16 nations.  The numbers of individuals is not exactly proportionate because teams are allowed to bring a team official and a team captain along, and there are a very few players who are lifetime members. These individuals may play in the event, but their scores may not count for their nation. The U.S. team consisted of:

The rest of the U.S. delegation consisted of:

Adding LT Wang to the team definitely gave us cause to be optimistic.  It was clear to me from the outset that LT Wang was capable of winning the championship and he contended this year. His final undefeated score of 5.5 out of 7 was good enough to tie for second and take the Silver Medal on tiebreaks. 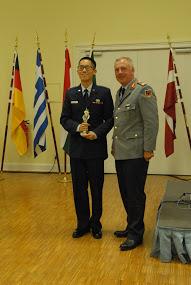 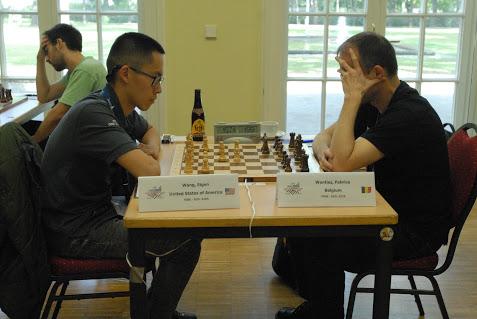 Wang vs Wantiez (photo David Hater)
LT Wang provides annotations of a critical sixth round game against FM Fabrice Wantiez, the 1996 NATO Co-Champion. On the team side, we contended for medals for the entire event and we scored more points than last year, but we were not quite able to finish in the medals.  This year’s U.S. top 4 scored 17.5 points.  That is more than last year when we scored 16 points and came in 4th.  Our team ended up in 7th place, but 18 points was a tie for 4th through 6th.  We had far better tiebreaks and would have finished 4th if we had half a point point more.  We could have achieved that, but in the last round our top players went all out for wins in order to medal. They came up short and this allowed other teams to pass us. Entering the last round, we had 16 points (already achieving the total from last year).  We were only 1 point out of bronze medal.  We estimated we needed wins to take over 3rd place, and two of our players were paired up.  They played for the wins and had chances (which would have resulted in a U.S. medal), but we ultimately came up short. 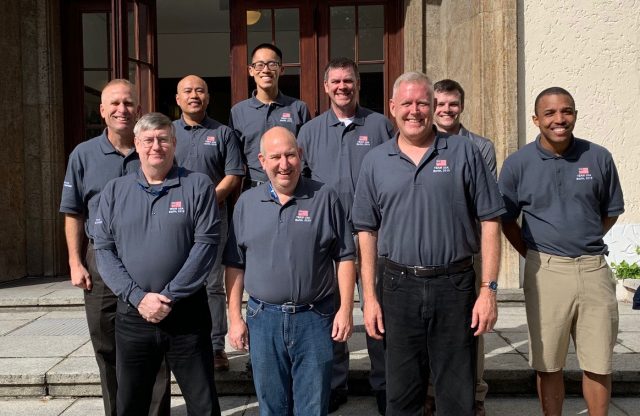 2019 U.S. NATO team
In spite of the fact that we did not win a medal, this year was very successful.  All ten players had an even or plus score  and many exceeded expectations based on pre-tournament rating.  The final scores were:

There will be coverage of military chess, including this event, in the March issue of Chess Life.  The team will be looking to build on its momentum when we travel to the 31st NATO Chess Championship in Brussels.  If we continue the trend and score more points next year, we should finish in the medals. If you are a military member or Department of Defense full time civilian employee, and you are interested in playing on the NATO team, please contact COL (ret) Hater at dhater1@aol.com.
SHARE: