US Chess is sad to announce the departure of two long-time employees, Joan DuBois and Traci Lee, effective November 10, 2020. Joan, who was responsible for TLAs and Affiliate Relations, is retiring and Traci, who is a Membership Associate, is leaving to pursue other opportunities.

Executive Director Carol Meyer says, "There are few words that can adequately describe what Joan and Traci have meant to US Chess. They both have spent most of their adult lives with our organization; Joan with nearly 51 years of service and Traci with 35 years. They have been dedicated to US Chess and its members for many decades. I hope you will join me in wishing them both well as they move into new chapters."

US Chess Executive Board President Mike Hoffpauir echoes that sentiment, saying, "No words can express the sentiments of a grateful membership about the services Joan and Traci have provided to all of us over these many years! We wish them both the best in whatever endeavors they choose to undertake, but we also hope they enjoy some time with their families before diving in again."

Neither position is being replaced; their duties are being absorbed by the rest of the US Chess staff.

From their staff bios: 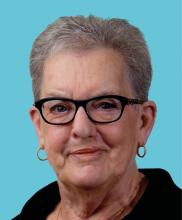 Joan is in her 51st year working for US Chess, currently known to many of our organizers around the country for making sure their TLAs appear online and print correctly. That’s not a typo—50 plus years, starting in 1969. The only other place she has worked besides US Chess was an eight-week stint at a girl scout camp, though she worked hard to become a pro bowler! She also loves fishing and riding her motorcycle—a CanAm Spider. So what has kept her interested in chess for so long? “Anyone can play and it makes one think and plan ahead and understand there are consequences for decisions we make, even in real life. Working for US Chess has brought many wonderful people into my life.” 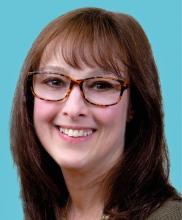 Traci started with US Chess in April 1986. She has found that she likes that “chess can help children in their everyday decision making and problem solving in the classroom.” Outside of work, she loves photography and being a part of transporting animals across the United States to rescues, fosters or forever homes.

Many many thanks for both of…

Many many thanks for both of you have done for us across the US. Your dedicated service, amazing hard work has helped us in so many ways, words can’t describe it. We will miss you both, and congratulations on your retirement/transition. With the greatest gratitude from your friends at Mechanics’ Institute

Thank You both for all your…

Thank You both for all your work and the help you gave to US Chess.   Your efforts were crucial to organizers and directors throughout the country.

Traci, Thank You for all your help with memberships and mailings over the years.

Joan, I can't begin to Thank You enough for making sense out of all my TLAs and getting my email blasts to work.  Your keen eye for detail has saved me on more than a few occasions.

You will both be missed very much.

Thank You So Much for all your years of excellent service and superb work.

Thank you for all of your…

Thank you for all of your help along the way. Good luck in your future endeavors!

Joan literally helped me with an email blast yesterday! She was extremely nice and walked me through the process. She also helped me through every step when I wanted to advertise a summer camp and had no idea how.

I didn't personally know Traci, but she also sounds like a wonderful person. We never would have met our dog if not for the people who drive crosscountry to connect strays and shelter dogs to forever homes.

Huge thank you good luck to both of you going forward!

Thank you so much Joan for…

Thank you so much Joan for your dedicated service to the US Chess Federation. I hope you have a fantastic retirement!

Thank you Traci for your service, and best of luck with your future endeavors!

Thank you for all your hard…

Thank you for all your hard work growing the Royal Game, both in NY and TN. Best of luck in your future endeavors!

Thank you for the many years…

Thank you for the many years of service for the organization, for me personally, and for the game of chess! Best of luck to you on your future endeavors!

Joan and Traci have been…

Joan and Traci have been outstanding workers for chess.

Joan has consistently helped me navigate trough waters when I got caught in a storm or two. Enjoy your retirement young lady!

I have worked closely with…

I have worked closely with both Joan and Traci over the years they will be dearly missed.

Wishing them all the best in whatever the future may hold.

I met Joan via Postal Chess…

I met Joan via Postal Chess in the 1974-75 period and she was always prompt and professional. That never changed over the next 50 years and when I was on the Executive Board - the same quick responses. Not sure she can be replaced, but I wish her all the best in retirement!

Joan was helpful with the U…

Joan was helpful with the U.S. Blind Championship. Wishing her an enjoyable retirement.

These two will be sorely…

These two will be sorely missed. I do recall patient kind help from both of them in the past. Much appreciated.

The Scholastic Community will be saddened as both of you depart from the service we have all provided to the kids. You both will be missed. Best Chess Elder Regards.

Joan played a major role in…

Joan played a major role in USCF history which should not be forgotten. For years, she directed the USCF postal chess program, which was one of the major USCF services. Joan was simultaneously TD for events with thousands of players-a record not easy to match

Joan as she would prefer to…

Joan as she would prefer to be called was a constant support when I was a novice TD learning how to submit TLAs she would be so patient and guided me through. It was a pleasure working pleasant. US Chess was better because you helped all of us in so many ways. You will be missed.
Traci helped when we had membership questions and was always pleasent. Good luck to you in your future endeavors!

Please relay my thanks to…

Please relay my thanks to Joan for all the TLA help during my 10+ years as a TD. We'll miss her & Traci.

Joan DuBois is the reason I…

Joan DuBois is the reason I moved to Atlanta, GA and developed a relationship with two-time Academy Award winner Jane Fonda.