US Chess Girls Club Splits the Point with Polgar

Two heads are better than one, but if you’re facing off against one of the greatest attacking chess players in the world, wouldn’t a few more be better?

On March 20, nearly 100 members of the US Chess Girls Club, captained by WGM Jennifer Shahade, took on GM Judit Polgar for a special international simul event, “Judit Polgar vs. the World.” The event featured Polgar playing against 10 prominent chess personalities and their communities. Among those competing included Agadmator (Antonio Radic), Anna Rudolf, and Anna Cramling. An 11th board was, quite literally, the world, with participants from anywhere contributing to the move selection.

Bright and early Sunday morning, the US Chess team linked up with their Cross-Cultural Club partners, Lighthouse Chess and Business Meets Chess & Kids, through a Zoom call to collaborate on moves. In addition to players from the United States, girls from Nigeria, Kazakhstan, Kenya, Uganda, Israel, Colombia, Malawi, and Lebanon participated throughout the day, making for a truly international effort.

Favour, a girl from Chess In Slums Africa, even sent her opening recommendation through a video tweet.

WGMs Sabina Foisor and Nadya Ortiz also came by to inspire the girls and help the team, while WFM Alessia Santeramo and Jennifer streamed all the action live on Twitch—all eight hours of it.

By mid-afternoon eastern time, 8 hours and 69 moves later, the US Chess Girls Club, playing Black, held the decorated grandmaster to a draw. Do you think they were excited?

In a follow-up post on Facebook, Polgar shared her appreciation for those who participated and gave a brief recap of each board. For the Girls’ board, she wrote, “I couldn't get a significant lead in the opening and in the middlegame, they kept slipping out of my hands... Draw.” 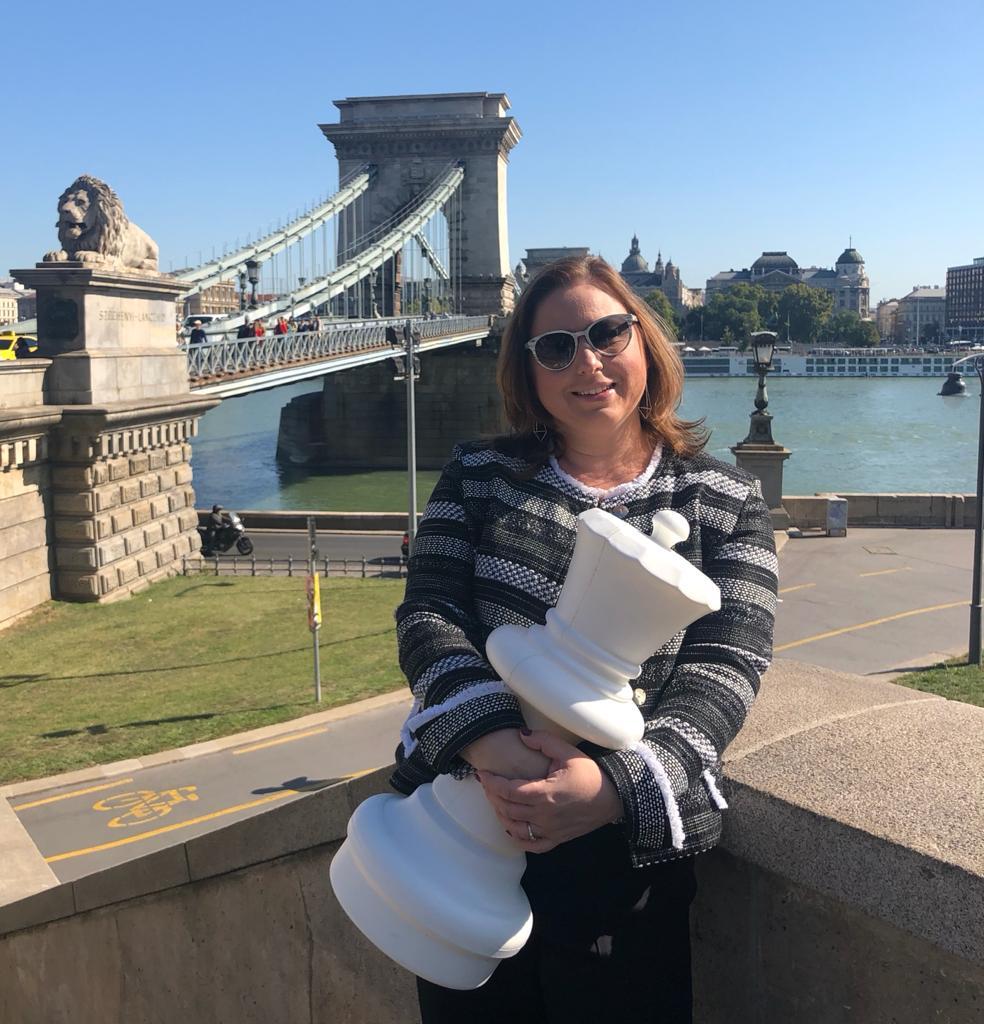 The final result for Polgar was 6 wins and 5 draws.

Below is the US Chess Girls Club game in full, with annotations by Jennifer Shahade.

Ooh wow we did it. It was quit hot and entertaining

Nice article Matt! What a…

Nice article Matt! What a great game! I am so proud to be part of the US Chess Girls Team to draw the Greatest Female Chess Player of All Time, Judit Polgar! Thank you Captain Jennifer! Your e5 move reminded me the moment when Bobby Fischer played c4 against Boris Spassky, and when Ian Nepomniachtchi played e5 against Magnus Carlsen, in their title match!