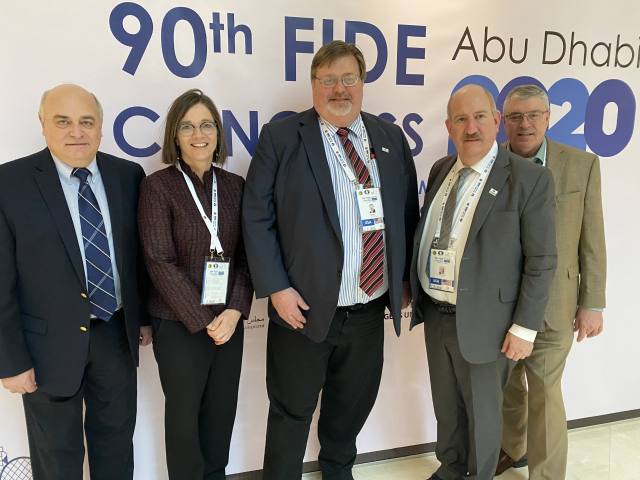 Prior to the opening of the formal EGA, the Verification, Ethics and Constitutional Commissions met to finalize business for the EGA. FIDE Vice President and US Chess Delegate Khodarkovsky also participated in a closed Presidential Board meeting. 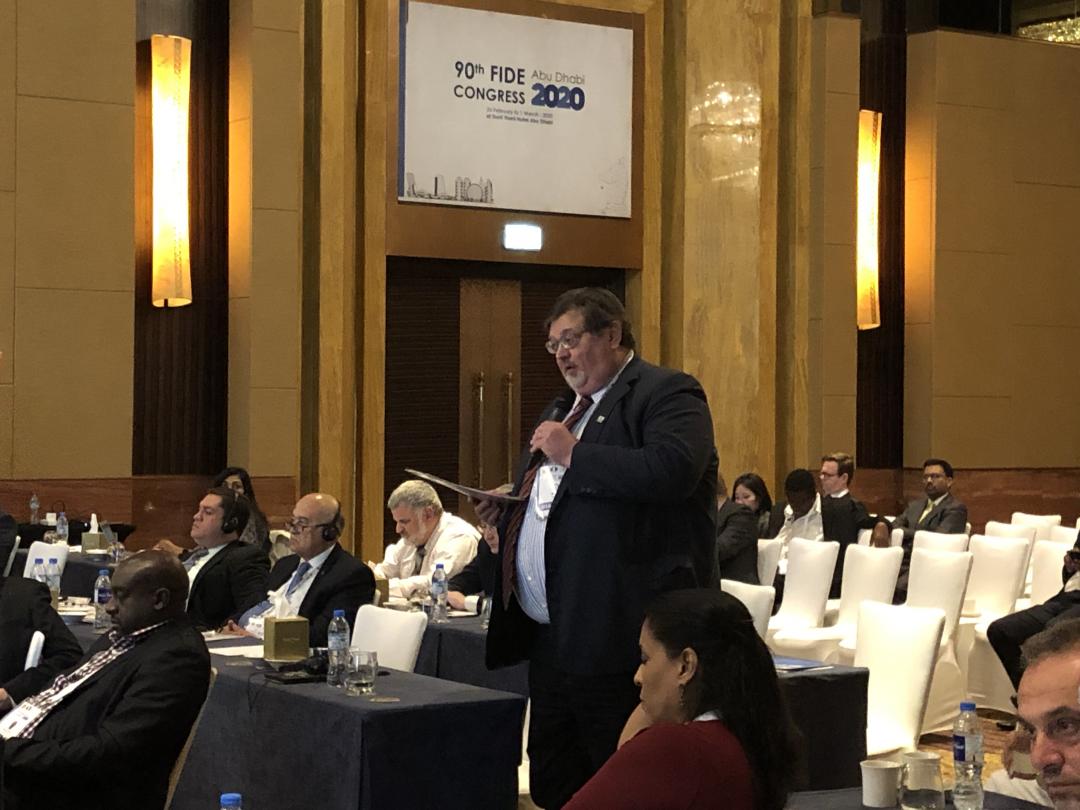 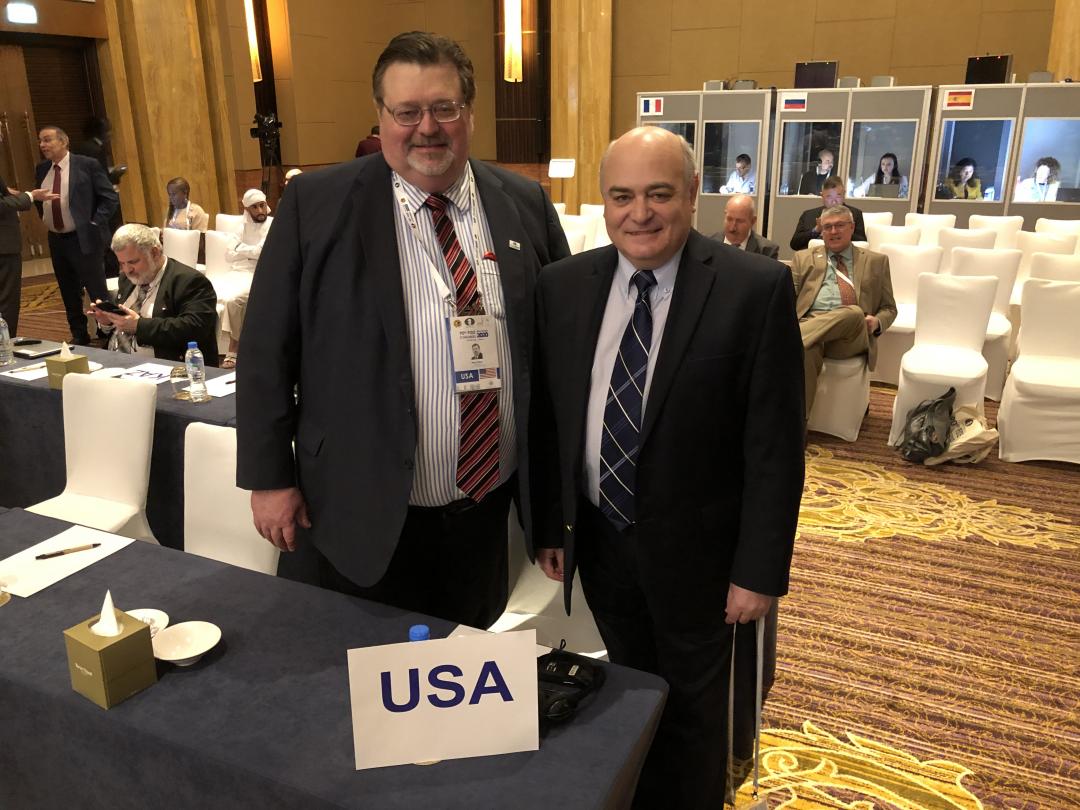 Allen Priest and FIDE VP Michael Khodarkovsky
On Friday, the EGA kicked off with a report from FIDE President Arkady Dvorkovich, who touted several accomplishments during his 16-month tenure. Among the accomplishments highlighted: 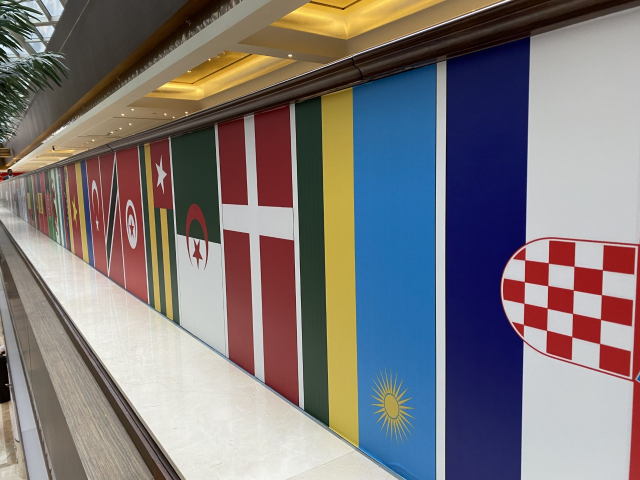 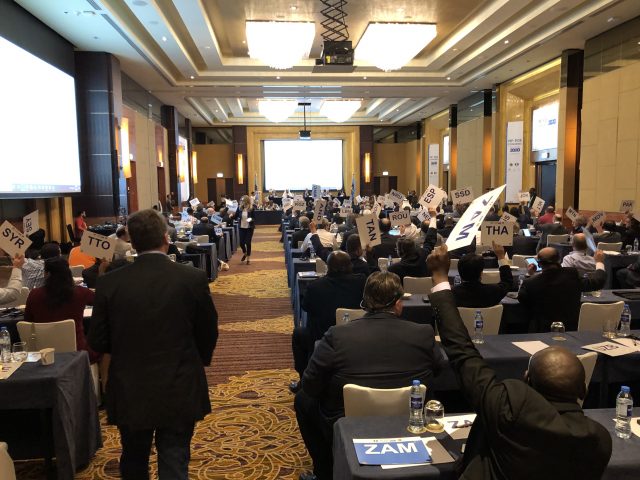 The EGA voting on adding new member federations.
Discussion ensued about the proposed charter, a document that has been circulating in various versions since July 2019. US Chess had substantial input into the new charter along the way, including contributions since arriving in Abu Dhabi.  Allen Priest speaks on the floor at the 3 hour, 46:30 minute mark: https://youtu.be/YhAcReU9_h0?t=13589 The new charter modernizes FIDE’s organization structure and promotes more democratic procedures within the organization. Additionally, the charter clarifies roles and responsibilities of the organization and includes checks on Presidential authority. The charter was approved overwhelmingly after discussion, with only one vote against and one abstention recorded. FIDE’s financial regulations were amended with a vote by acclamation, eliminating the fee for the World Senior Team Championship and the World Senior Championship. Further, all non-membership fees are waived for Level five developing countries. The Council may make changes to the assessment structure. In addition, the General Assembly approved the appointment of an External Auditor for the annual audit of FIDE accounts for 2019. US Chess Ethics Committee member David Hater was elected to the FIDE Ethics Commission from a field of 14 candidates for three open seats created by the adoption of the new charter. In addition to Mr. Hater, Johan Sigeman of Sweden and Khaled Arfa of Tunisia were elected and represent three different FIDE continental associations. Had the new charter not been adopted, a single vacancy on the Ethics Commission, which was created when WIM Ruth Haring passed away in November 2018, would have been all that was open. US Chess put forward David Hater’s name as candidate back in December 2018 for this opening to be elected at the next General Assembly. 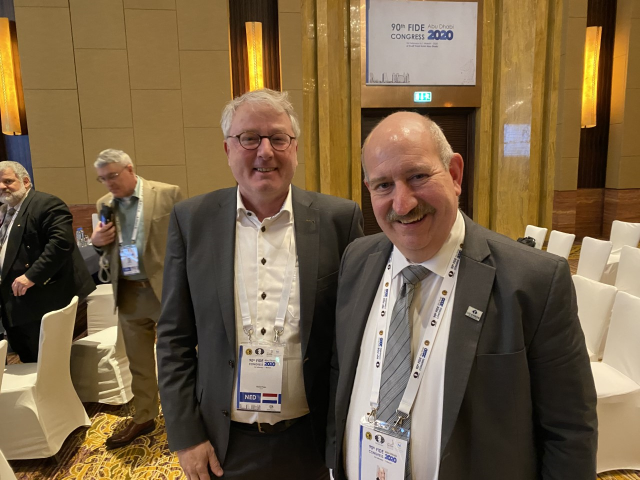 US Chess Ethics Committee member IA David Hater (right, with a representative from DGT) was elected to the FIDE Ethics Commission.
Saturday’s meeting includes the FIDE Executive Board to complete the week’s events.
SHARE: