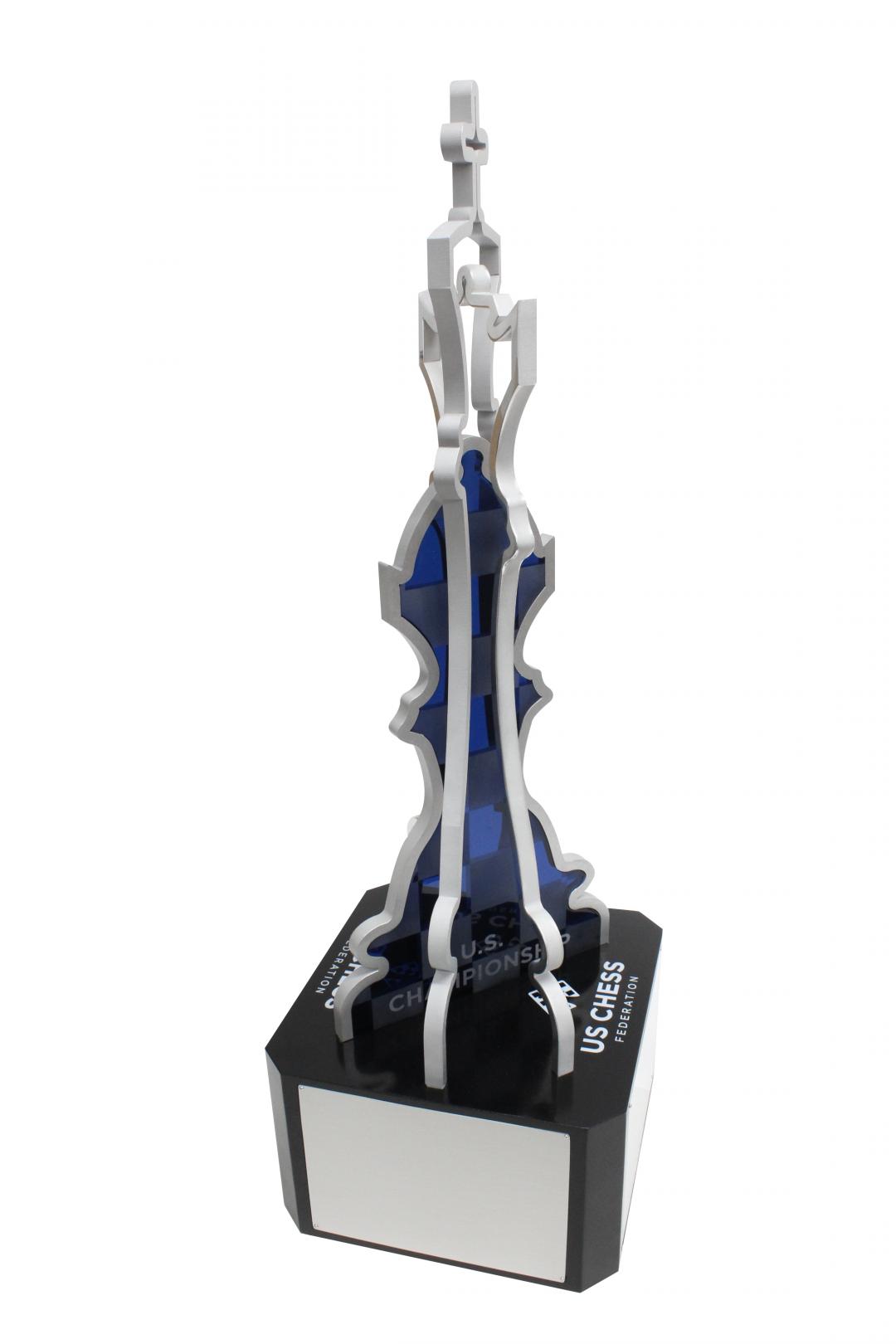 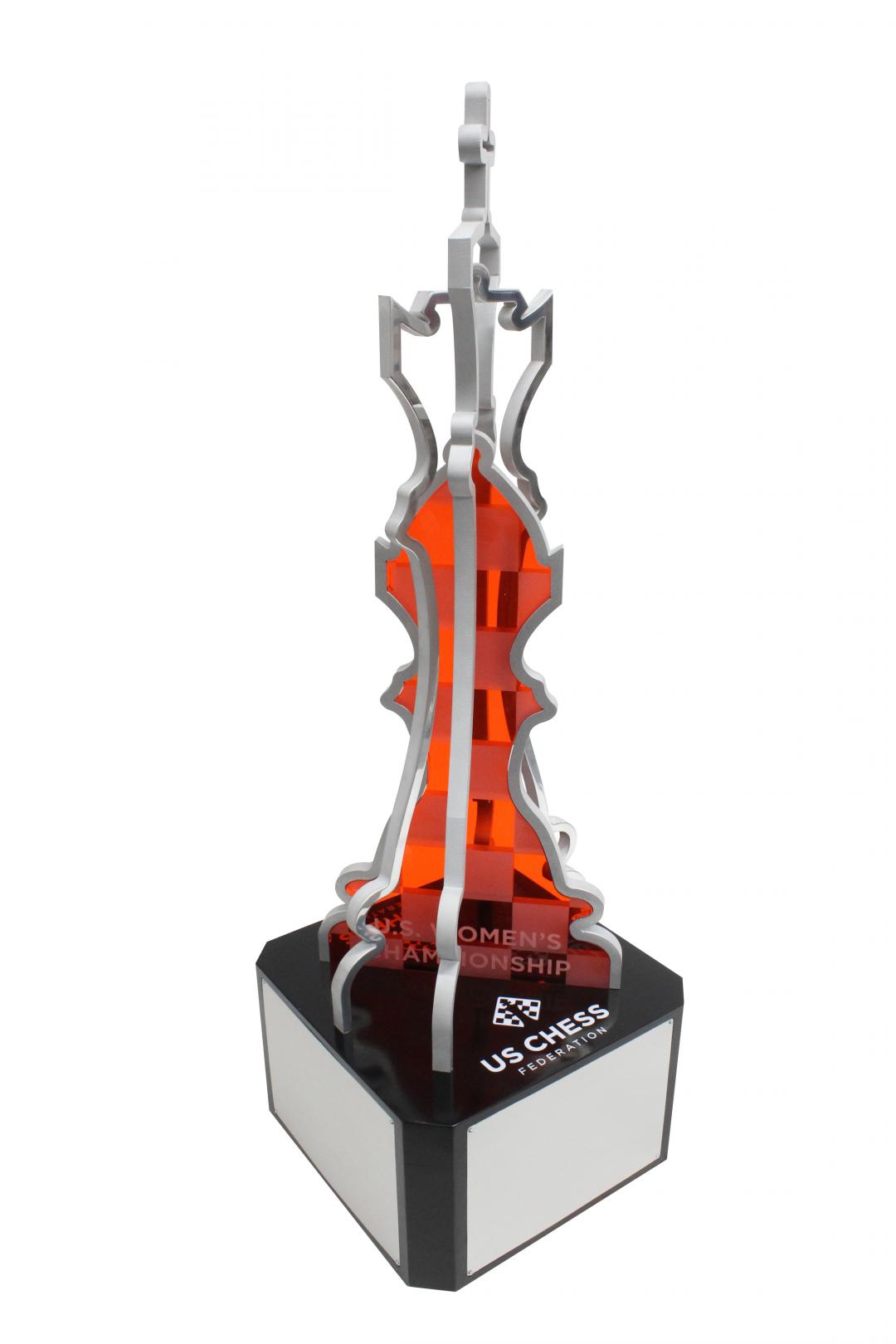 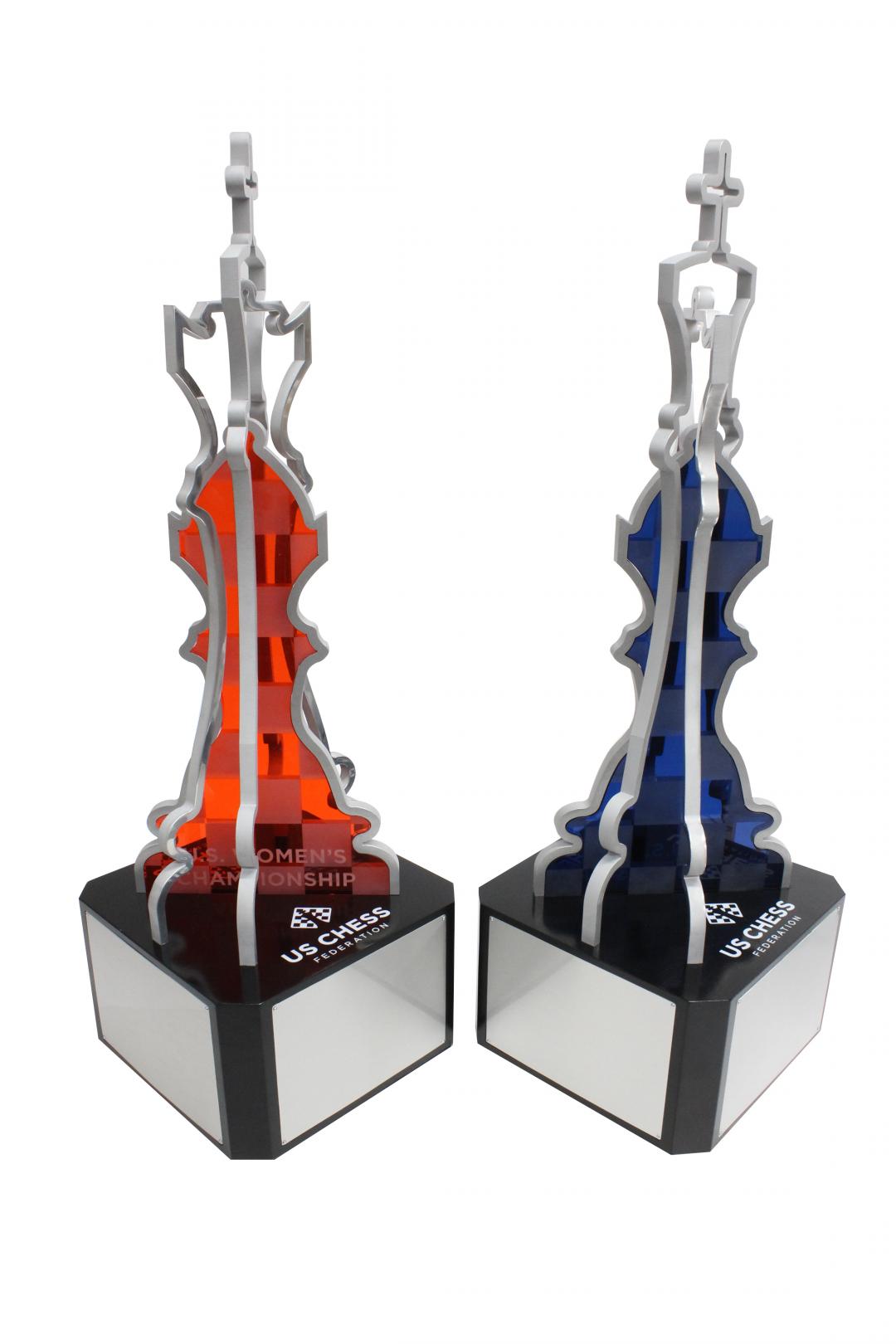 SAINT LOUIS, MISSOURI: The 501(c)3 US Chess Federation is proud to announce a newly-designed perpetual trophy for the 2019 U.S. Championship and U.S. Women’s Championship events, currently being contested at the Saint Louis Chess Club (SLCC) in Missouri. The new trophies were designed by the Canadian firm Protocole, www.protocole.ca/en/, working within guidelines set by the Creative Director for US Chess, Frankie Butler. Butler will be discussing the trophies on the SLCC’s live feed at www.uschesschamps.com/2019-us-championships-live with commentators GM Yasser Seirawan, GM Maurice Ashley, and WGM Jennifer Shahade at 2:45 CST on Wednesday, March 27. Jean-Philippe Caron is President and Chief Creating Officer at Protocole. He says, “It is a tremendous honor for me to have been chosen to create this masterpiece trophy that will be admired by chess fans all over the world. I couldn’t be prouder to know that my creation will inspire the best chess players in placing their name on this trophy.” Caron explains that the 30-inch-high design (a 12-inch replica will be given to each champion) gives primary importance to the king yet integrates the other pieces. The stunning effect created by the bishop embedded into the queen, herself embedded into the king, gives a poetic aspect to this splendid creation. The mixture of polished-by-hand and brushed aluminum confers a contemporary look, while the integration of blue and red translucent acrylic into the bishop adds a distinctive dimension to the trophy. Each of the three chess pieces were cut out of a 4x8 foot, half-inch-thick aluminum sheet using a waterjet applying 55,000 pounds of pressure. Since 2004, Montreal-based Protocole and Caron have designed trophies for both the PGA Champions Tour and the Formula One Grand Prix du Canada. He is behind the creation of the 47th FIG (Fédération Internationale de Gymnastique) World Championships—Montreal 2017 medals and the famous “Water Drop” medals awarded during the 11th FINA (Fédération Internationale de Natation) World Championships—Montreal 2005. These new trophies take the baton from the elegant Swarovski crystal chess set, which the Austrian firm first created for the 2005 U.S. Chess Championship. The base of the sparkling trophy has plaques engraved with the names of winners of each of the previous U.S. Chess Championships; the new trophies will begin with the names of this year’s champions. Follow the US Chess Championships at uschesschamps.com and on our own news site, uschess.org/clo.
SHARE: