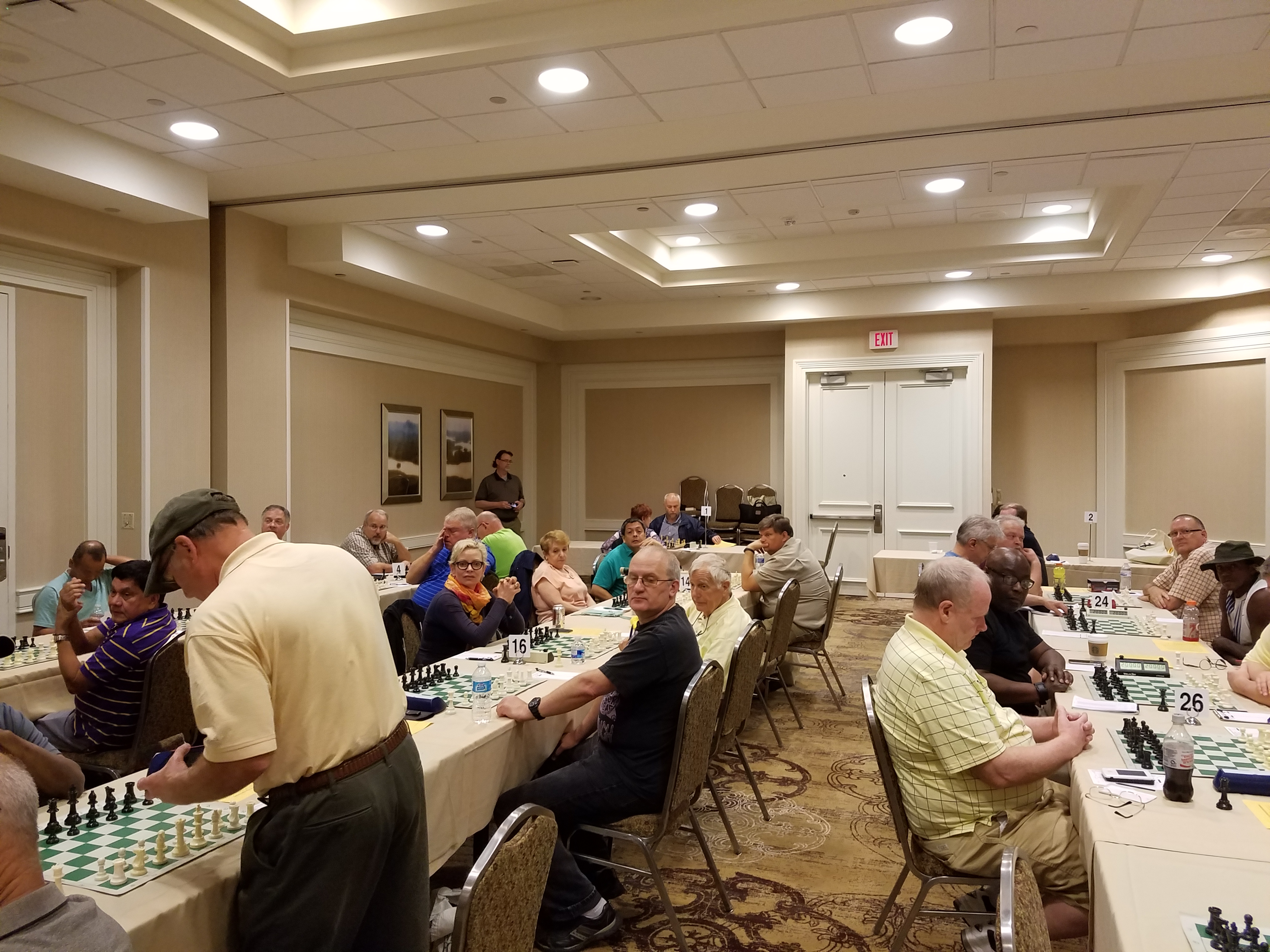 The Crescent City (actually Kenner, across the river) is hosting two championship opens this weekend. After three rounds of the US Senior Open, the heavily favored GM Alexander Ivanov has an unsurprising 3-0 tally and is tied for first with NM Steve Stoyko. IM Mark Ginsburg and FM Karl Dehmelt lead the eight-player 2½ score group. In a “pure open” such as this, masters typically don’t meet each other until the later rounds (there are three to go). In the top section (under age 21) of the US Junior Open, top seed Justin Wang (aged only 11) is 2-0, along with fellow Texan Bovey Liu, Michael Chen of Michigan, and Arthur Zhan Xu from Illinois (who notched a 291 point upset of Dax Webster). Among the 1½ group are the upset-minded WFM Joanna Liu and Julian Prolieko and the players with whom they respectively drew: Atulya Vaida and Rithik Polvaran. 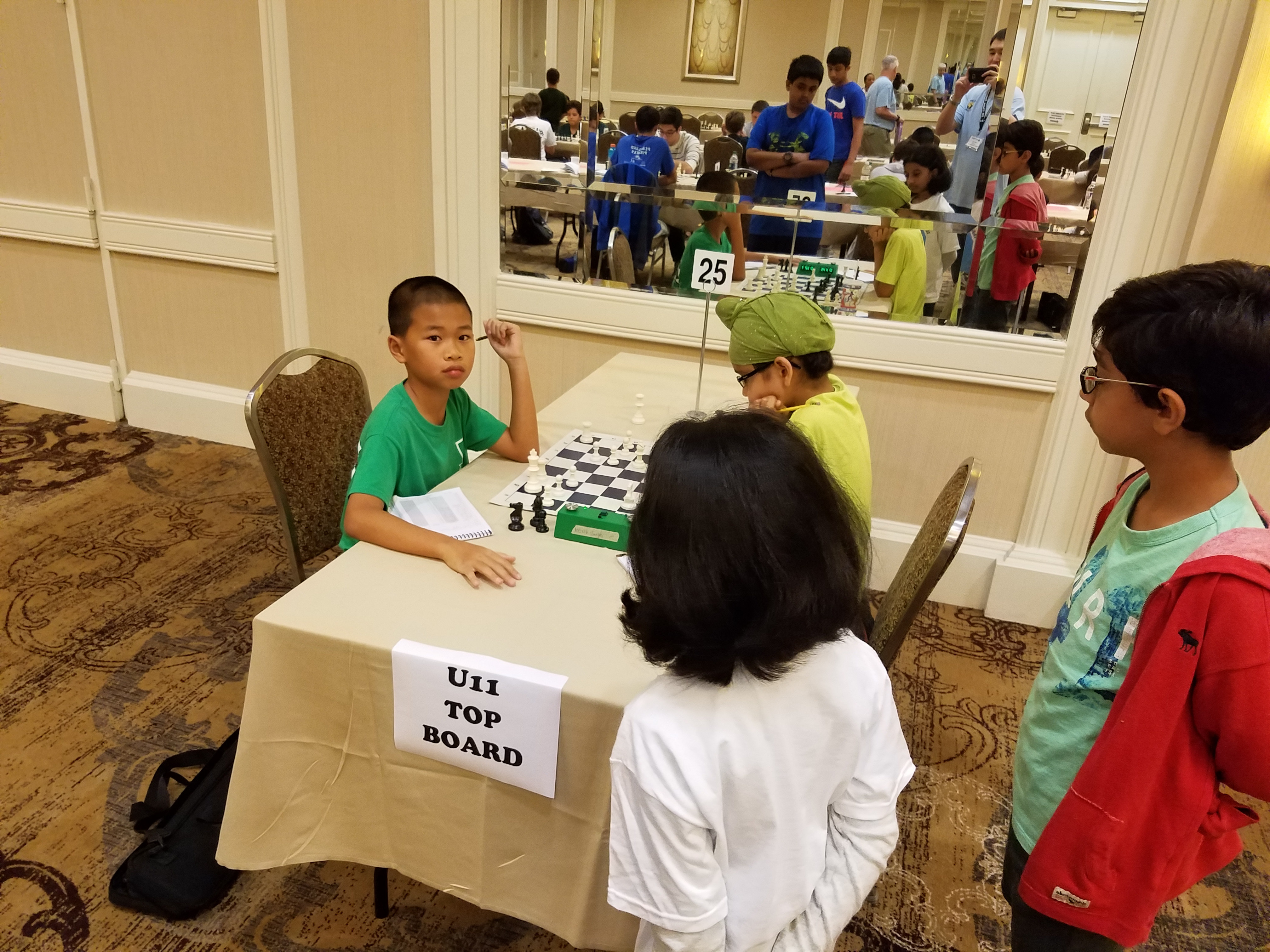