Top Ten Lessons from the 2016 US Championships

1. Fabiano Caruana is a hero Fabiano not only played great chess, but also delighted the crowd with entertaining post game interviews. Most important was his constant use of the confessional booth. The fans absolutely loved it anytime a player used the booth, so for Fabiano to recognize this and actually use the booth with such frequency, was a clear statement that he cares about making chess fans happy. 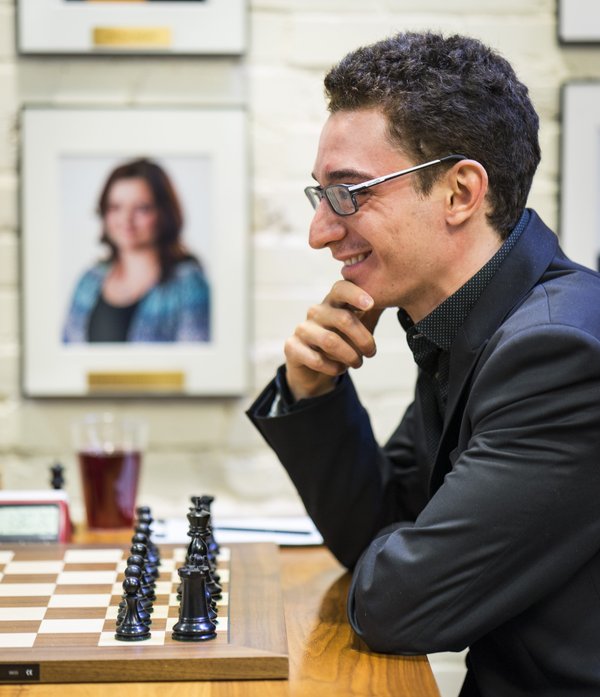 Chess is a sport where quite honestly, almost everyone looks after their own self interests. Fabiano went above and beyond to provide an extra enjoyable experience for the fans, and deserves huge applause for his efforts. Also he played pretty well too! 2. Nazi Paikidze is a beast In her last round game, I felt like I was watching Topalov during his prime. Topalov would just play these sharp and overly dynamic moves against everyone and just mow them down one after another. Nazi did the same thing with Krush, constantly finding ambitious and provocative ideas until Irina couldn’t stand it anymore. 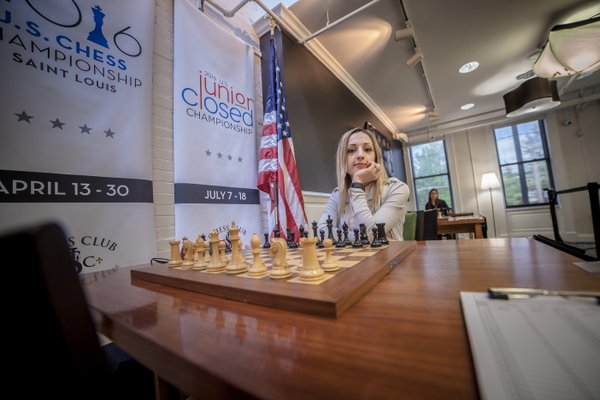 Photo IM Eric Rosen
3. Our young girls are here to stay In the past years, we had a few young girls playing in the U.S Women’s Championship and they would breathe some life into what seemed like the same group of players year after year. Each time they would maybe score an upset or two and everyone would get so excited, even though as a whole their results weren’t that impressive. However this year things changed. We had 5 young girls competing and all of them made some serious noise. The biggest shocks were in Round 10 when Jennifer Yu beat Anna Zatonskij and Carissa Yip beat Irina Krush to knock both of the favorites out of contention. Then in Round 11 it happened again, as Ashritha Eswaran took out the leader in a superb positional effort. Next year these girls, along with other possible participants such as 2016 K-9 Champion Maggie Feng, are going to continue to cause problems and in not too long, one of them will win the whole thing. 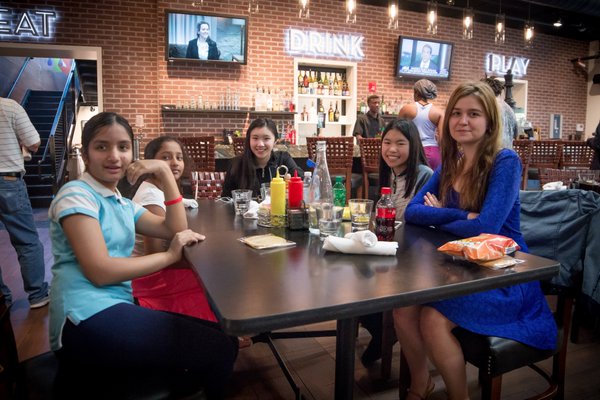 Fierce competitors on the board. Friends off the board #USChessChamps

4. Jeffery Xiong has top 10 potential Jeffery is 15 years old and went 50% in a very strong U.S. Championship. His only loss was to Hikaru Nakamura. He has great emotional control and is already comfortably above 2600. I wouldn’t be shocked to see him pass the 2700 mark in the next 2-3 years, and become a serious contender in the world rankings. 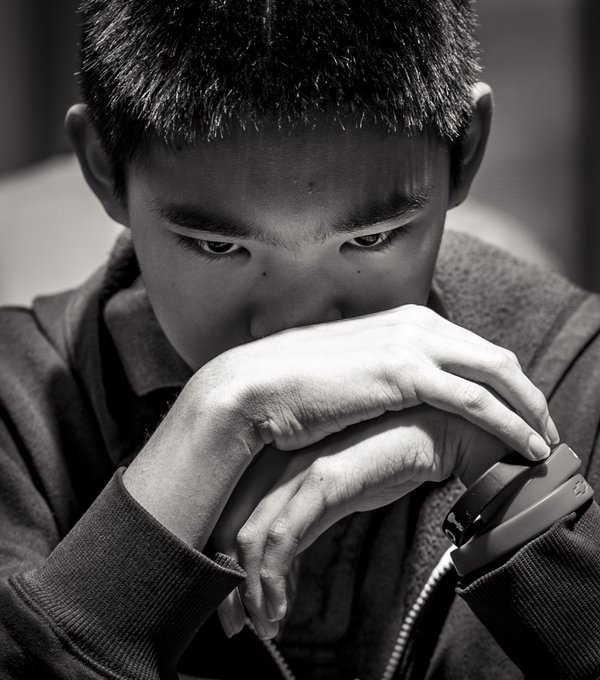 Jeffery is getting close to a draw. This might be a big result for the final standings #USChessChamps

5. The Commentary Team Rules The commentary team and production value of the daily show is outstanding. Jennifer, Yasser and Maurice have great chemistry with each other. They all fulfill their own roles and seamlessly move from topic to topic to keep the show interesting and fresh. Using little things like phone calls, tactic puzzles during the break and quick segments by Alejandro Ramirez are a great idea. Chess games are unbelievably long, and for that reason I almost never find myself watching any broadcasts. But for this year’s U.S. Championship, it was tough to stop watching. 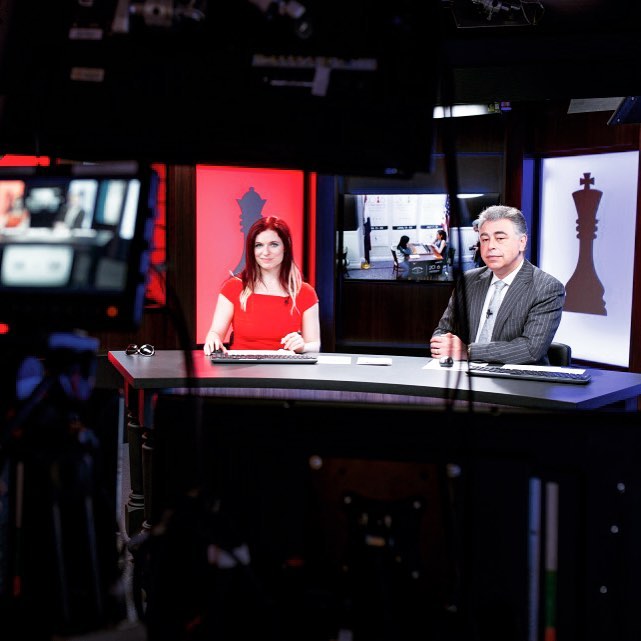 Photo Austin Fuller
Also the post game interviews are just awesome. My only complaint is what I find to be an excessive use of computer analysis. There is some place for it of course, but it should never be used when one of the top players is being interviewed (unless they specifically ask for it) or when Gary Kasparov is sharing his actual thoughts on a position. If you watch online you definitely see a lot of trolls complaining about various aspects of the show, but that’s just normal for anything that’s popular. You make fun of how announcers say things (Car-You-Anna), what quirks/annoying habits they have, etc etc, but you only do this because you are having fun and actually watching the show! 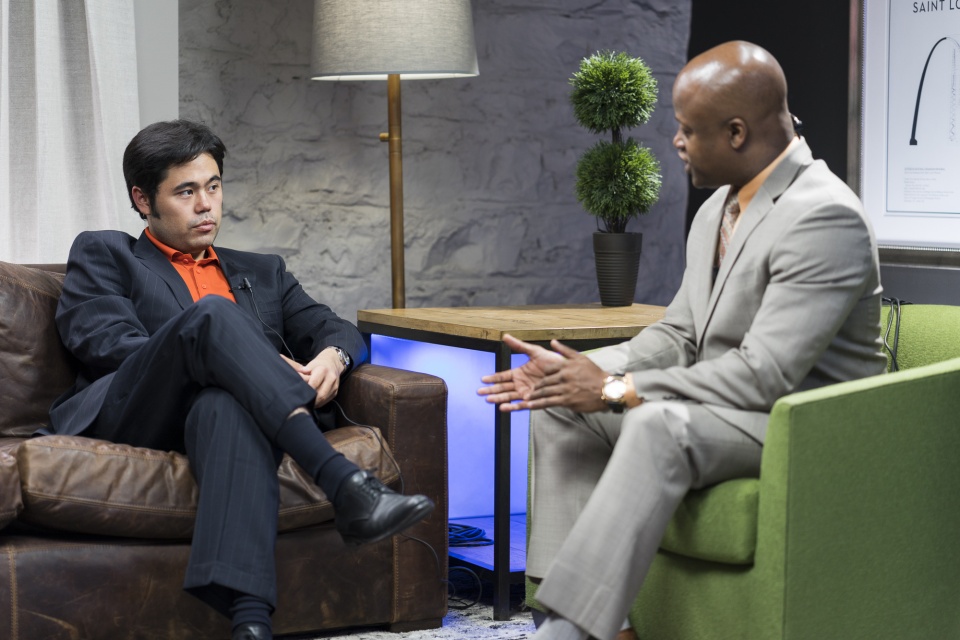 Photo Lennart Ootes
6. The Confessional Booth is Amazing The confessional booth is amazing but at the same time shows the relative selfishness of chess players. There are thousands of people watching, and nothing excited them more than someone stepping into that confessional booth. Everyone watching was just desperate for it. Meanwhile just a few select players did it, and only Caruana did it routinely (and notice he managed to win the tournament anyway). 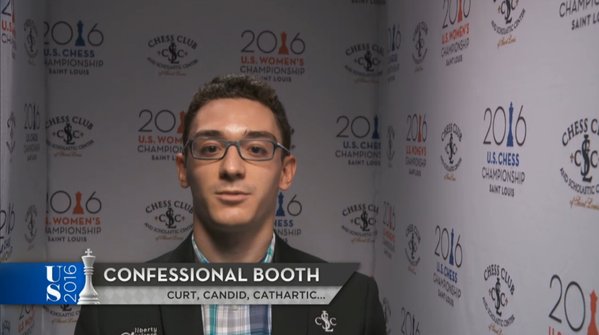 Chess players should get more in the habit of looking out for the fans if it’s not too painful to do so. I have played enough chess to know there is plenty of downtime in a game. I would 100% use that confessional booth every single game if I was playing, and I’m a bit disappointed that there were so many excuses made by various players to not deliver a more entertaining product to the people watching. All hail king Fabiano. 7. Wesley So is an angel Wesley So is an angel sent from heaven. Every interview and with every word that came out of his mouth I was like “This guy is the nicest guy to have ever existed.” His only personality flaw is his lack of confessional booth usage. I hope he becomes World Champion after Caruana. 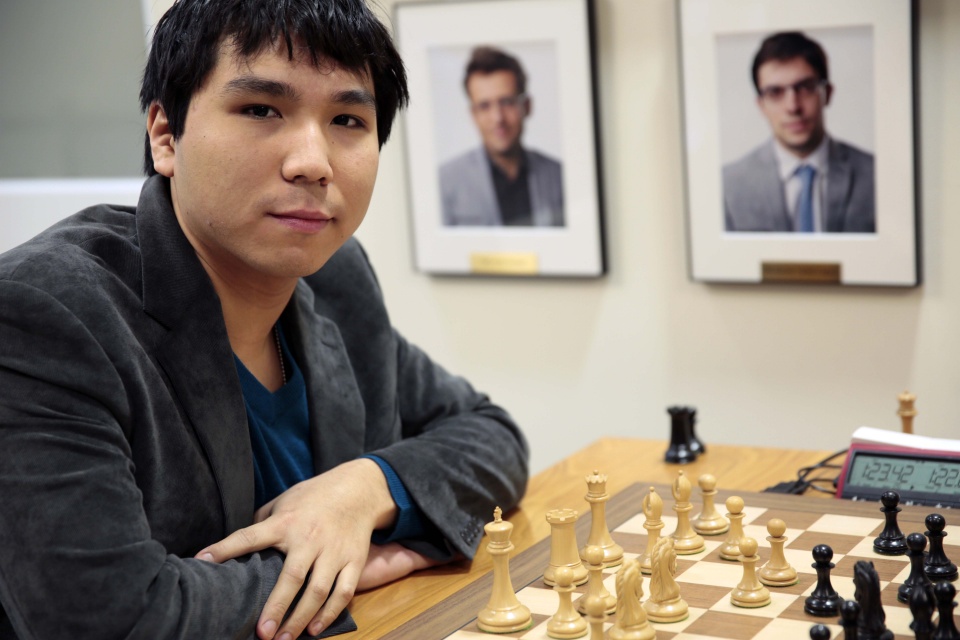 Photo Spectrum Studios
8. The Kasparov Blitz Tournament is HUGE
Regardless of whether it’s "just blitz", this is going to be one of the most important events in a decade. This is our chance to see the unbeatable Garry Kasparov go up against the best players of this generation. There is so much speculation on what might happen, it's kind of like Michael Jordan coming out of retirement.
I will be rooting heavily for him, I just can’t help myself. If Garry does win, he should instantly get a World Championship match vs. Carlsen :)
9. Time Trouble is Bad Akshat Chandra was the lowest rated going in, but I actually thought he’d surprise a lot of people during the tournament. However Akshat displayed his biggest weakness: severe time trouble addiction. It’s one thing to get time trouble now and again, but if you get it every single game against the top players in the country, you are just going to get smashed. It even cost him a potential win against GM Wesley So early in the tournament. 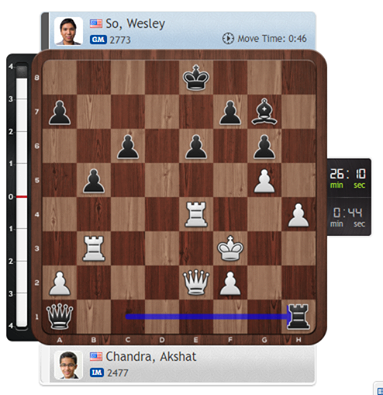 Akshat has the move 1. Rxe6 fxe6 2. Qxe6 Kf8 3. Qd3 and white is winning. Ray Robson also had some time trouble difficulties but managed to navigate things just a bit better. I hope that Akshat takes a serious look at this issue with his game and does everything possible to fix it. If he does, I am sure he will find his way back into this tournament, and will do much better next time 10. Change Happens Faster Now I have no clue what this tournament is going to look like in 3 years. I bet that a lot of the players who seem like perennial contenders, will be desperately clawing simply to qualify for the tournament. There are so many young kids whose ratings are going to go up very fast. A few quick examples are: Samuel Sevian, Ruifeng Li and Awonder Liang. 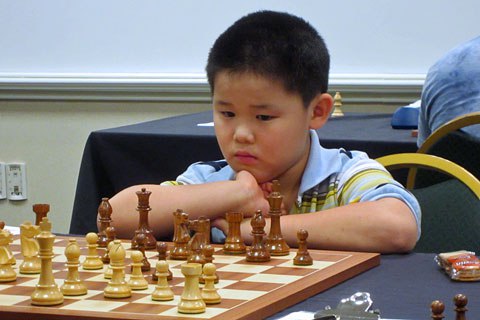 Top players like Onischuk, Shankland, Lenderman, Akobian and even Kamsky, may find themselves having a real challenge to even qualify for the event. I think Robson will be safe and Shankland is still improving too. I also expect Xiong to get his rating up so that he qualifies pretty handily, but the other seven spots are going to be hotly contested. You’re seeing the same thing in the women’s tournament too. All the sudden it’s clear that Krush isn’t going to just show up and crush everyone. I wouldn’t be surprised if there are 5-6 serious contenders for first place in the 2017 U.S. Women’s Championship. Once again a huge congratulations to Fabiano Caruana and Nazi Paikidze on their tremendous Championship victories, and thanks to the St. Louis Chess Club and Scholastic Center for making it all happen! Find more details, photos and news on the US Championships on the official site. GM Ian Rogers wrote an award-winning article "Top Ten Lessons from the Sinquefield Cup" in the same style.
SHARE: