After a six-hour flight from New York City to San Francisco, I made it to the 54th U.S. Chess School hosted at the Hamilton Chess Club in Novato, CA. The camp ran from Aug. 9-13 and featured 14 chess prodigies from the ages 10 to 18 years old. Among them was 15-year-old GM Christopher Yoo, who is currently rated 2567 FIDE and started attending the camps when he was 9! 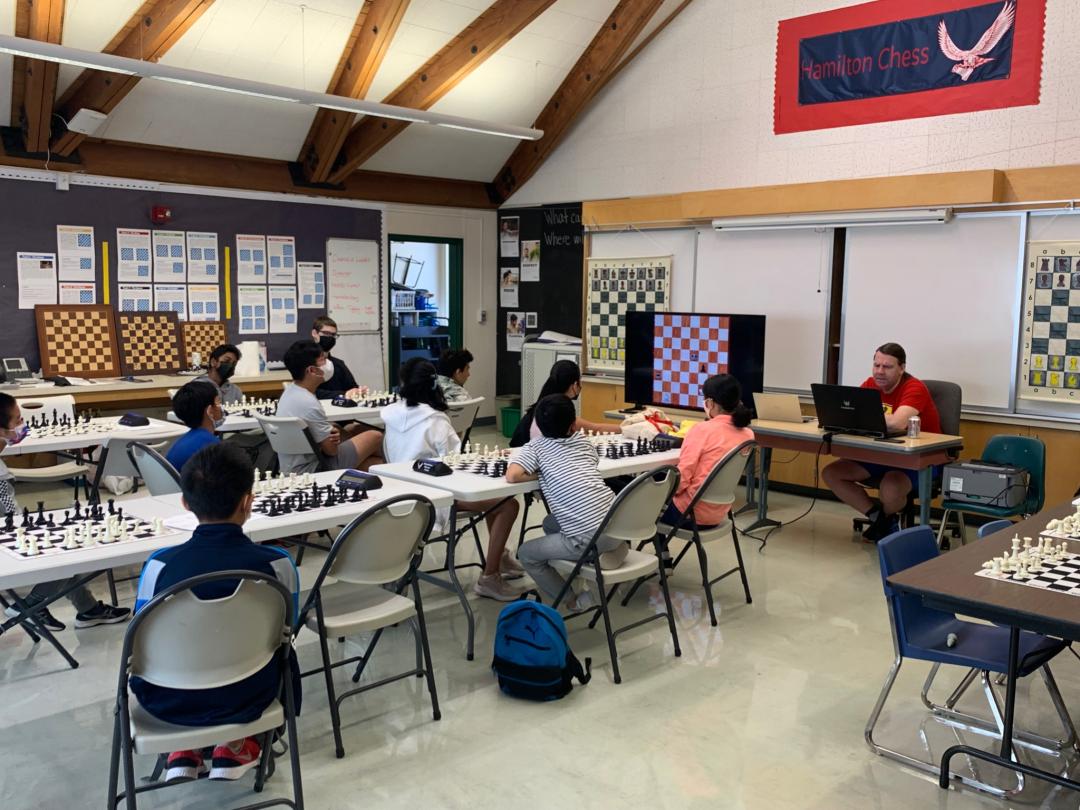 This camp was taught by esteemed author and former British Chess Champion GM Jacob Aagaard. Almost immediately, we dove into the core of the week’s lesson: the three questions to ask when assessing any position.

There are many ways of approaching chess positions, but Jacob’s approach was all about pattern recognition.

By highlighting certain squares and thinking about how to exploit them, finding chess moves can become surprisingly simple. In the position below, for example:

Building on the three questions was the “Shankland Rule," named by Jacob because that’s how GM Sam Shankland once alluded to it in an online video series. The general premise is to calculate forcing or tempting variations that don’t seem to work and to make them work. Below is an example of the Shankland Rule in action. 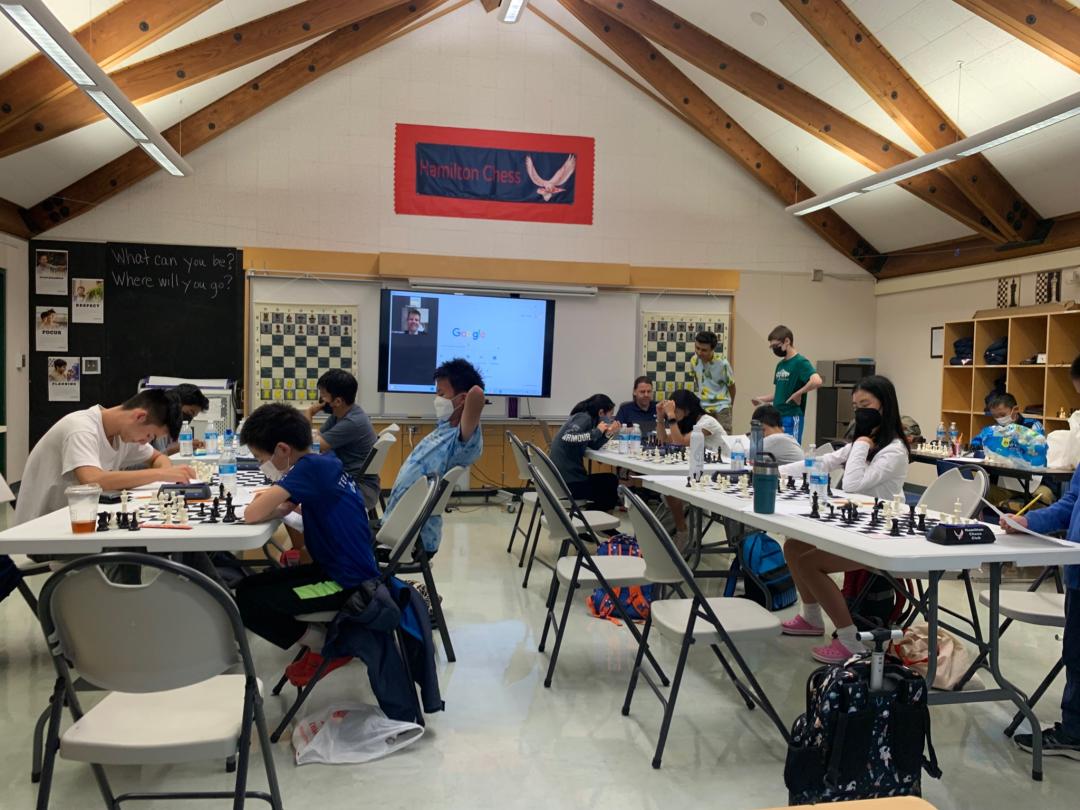 During the camp, we spent a lot of time analyzing positions that focused on the bishop. Jacob taught us that a bad bishop can still be better than a good knight if the pawn structure is flexible and allows for a potential center break. In the position below, for instance, white has an f3-e4 pawn break, so even though the bishop on c3 seems blocked by its own d4, b2, and a3 pawns, it will soon become active.

Jacob also discussed bishop-and-pawn vs. rook-and-pawn endings, which are surprisingly tricky to win. Thinking about the three questions, especially assessing the opponent’s idea, is a helpful place to start.

One of my favorite activities from the camp were the training games that we played in teams of three. The time control was G/30 with a five second increment and each team had to play two positions -- one where they were better, and one where they were worse. It was like solving a position, except now we had to solve it for the rest of the game. Although it was stressful with two clocks ticking at the same time and the entire room filled with suspense and chatter, collaborating with other campers was a lot of fun and helped us integrate what we had learned from the camp into our own chess games.

Though we had many long sessions of deep calculation, we honed our physical skills as well. Every day during our break session, some of the campers would play basketball in the indoor gym at Hamilton. 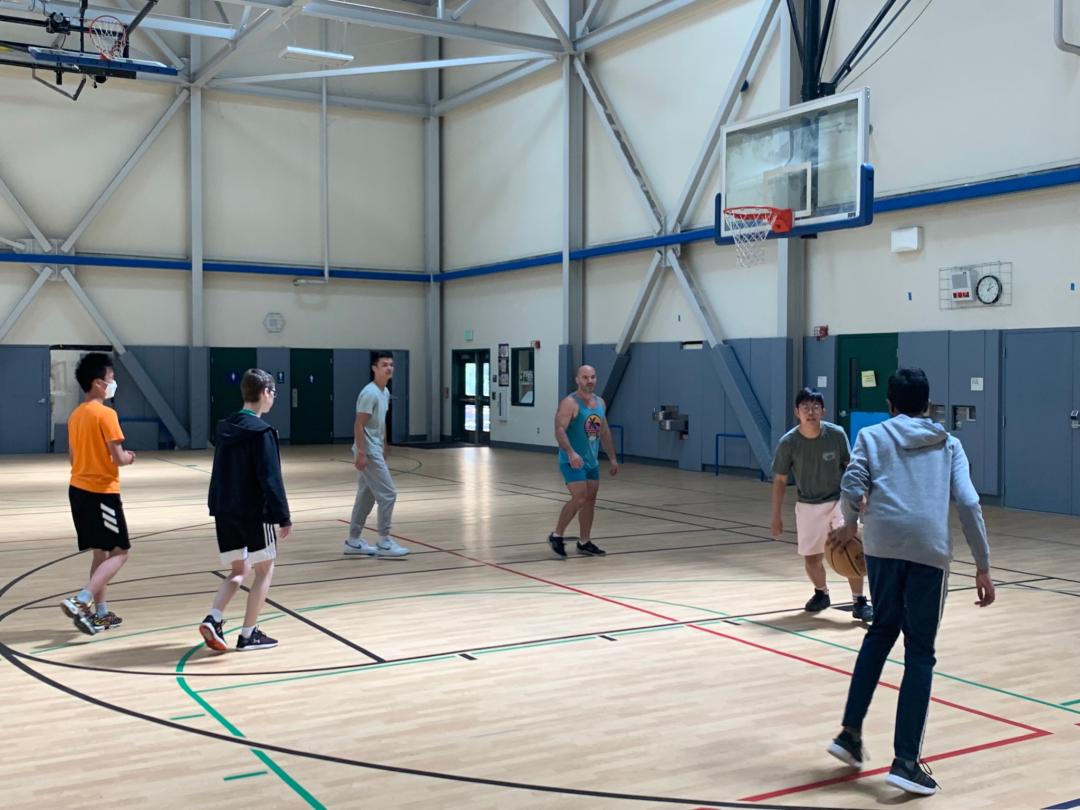 During the camp, we also had a lot of blitz simuls against Jacob! The games were pretty chaotic, and even more so since the time control was G/5 with no increment or delay. 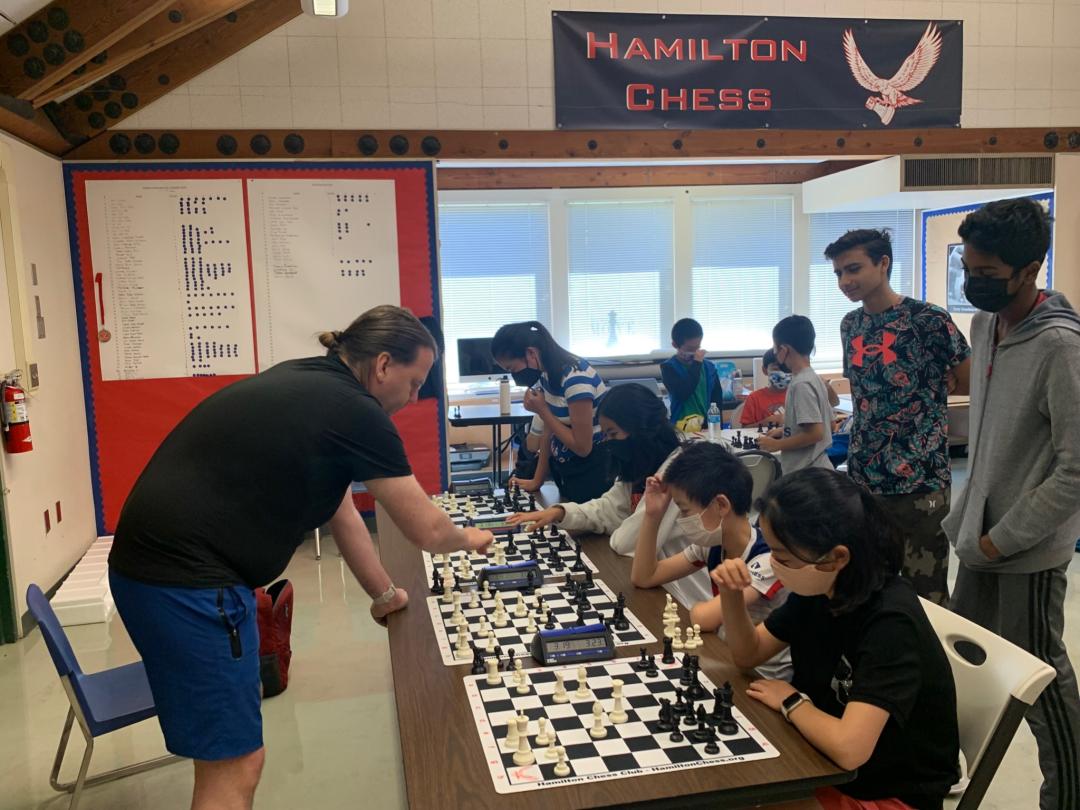 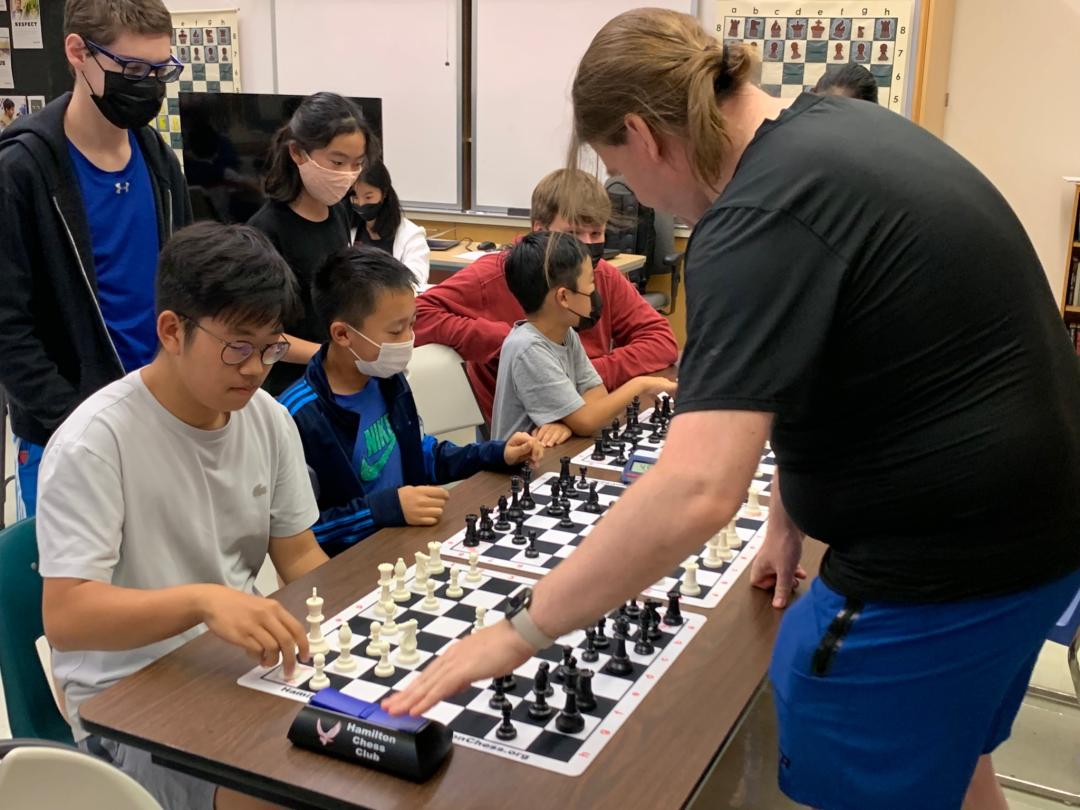 Image Caption
The author (left) during the blitz simul against GM Jacob Aagaard at the 54th U.S. Chess School.

This camp was a great experience for me, and I’m grateful to everyone who helped make it happen. I’d like to thank Dr. Jim Roberts, Chessable, and Chess.com for sponsoring the U.S. Chess School and helping the camps continue to run. I’d also like to thank IM Greg Shahade for organizing the camp, GM Jacob Aagaard for teaching and providing me with the example games and analysis for my annotations, and Abel Talamantez for letting us use the Hamilton facilities for the camp and providing photos for this article.

J. Aagaard,,, world class, period. With Dvoretsky /Yusupov Neishstadt, Soltis/Reinfeld and Chernev.,,yet standing all alone in world chess history. ...a ghost through time..and no one really knows how he does his magic . Jude Acers/ New Orleans