We are living in strange times. Fortunately, we strange chess players have proved adaptable, and online chess seems to be thriving – I even read a recent New York Times article about GM Hikaru Nakamura’s Twitch stream! Unfortunately, this explosion of online chess and coverage has brought with it the familiar toxicity of internet anonymity. While I appreciate the multitude of online streaming applications available to follow top-level events, and how the chat features of these programs perhaps entice new players to take up our royal game, I nevertheless am starting to feel “too old” for the chess-related web. The internet is truly an odd place.

On the contrary, this bizarre behavior is a rare guest at over the board (OTB) events, and I’d even postulate that our wonderful chess community is the self-sustaining force that keeps us banging our heads -- and clocks -- as we toil away at this beautifully stressful and complicated game. With these thoughts, I was simply elated to receive an invitation to play in an OTB chess event – perhaps one of the first in the country since our lockdown period began.

The Charlotte Chess Center and Scholastic Academy (CCCSA) has been hosting regular invitational norm events since March of 2016. The academy’s tournaments, organized by club founder FM Peter Giannatos and International Arbiter Grant Oen, have become the gold standard for serious chess on the East Coast. Impeccably organized, every round is always on time, spectators are managed, and all the “chess amenities” are provided: water, pens, hoodies, and even electronic boards to show when your opponent has moved.

I had complete confidence in CCCSA’s ability to pull off a serious event even in the midst of a pandemic, and their tournament protocol should serve as a template for tournament director’s interested in safely organizing OTB play in their areas. Masks were required for all who entered the building, everyone was required to take their temperature upon entry, and hand sanitizer was provided at every board. Additional cleaning and sanitizing practices were observed between rounds. Chess events were already stressful -- without the added paranoia of possible infection -- and these efforts were noticeably appreciated by the players. It was clear from the high standard of play that everyone felt safe and comfortable to find good moves.

The tournament was organized into both a GM and IM norm section, and three norms were achieved. Both FMs Robert Shlyakhtenko and Jason Liang achieved IM norms, and IM Craig Hilby achieved one toward Grandmaster! 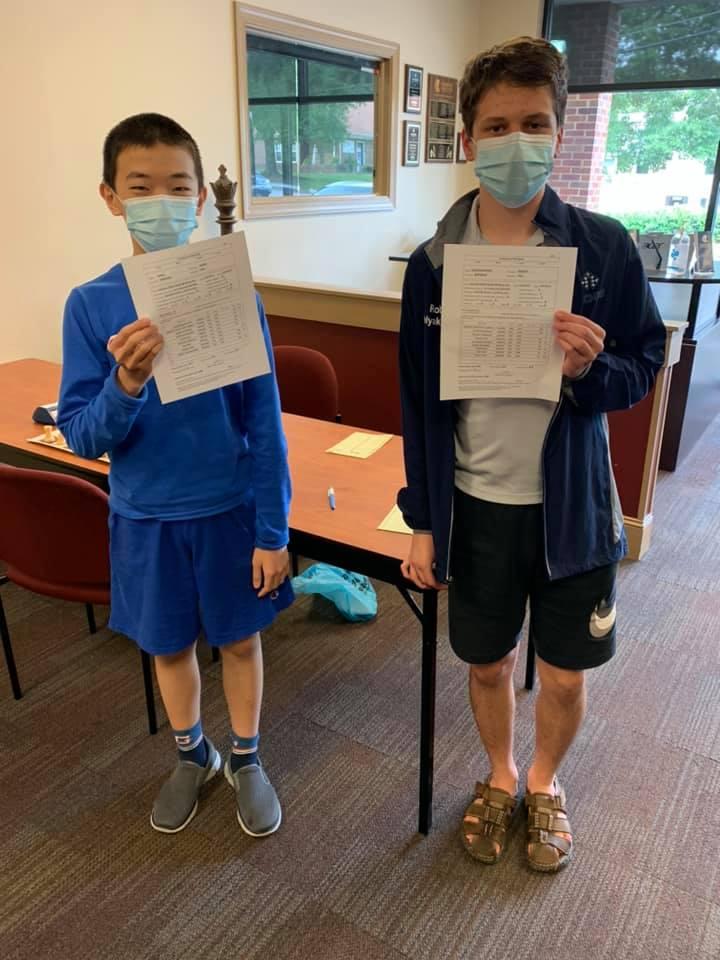 In the GM norm section, only IM Craig Hilby was eligible entering the final round, and he faced a tall order of winning with black. He rose to the occasion and produced a positional masterpiece!

Much thanks to the CCCSA for hosting a perfect event under difficult conditions. I am excited and honored to be participating in their next installment in early October!

Congratulations Robert! Pretty impressive and well-deserved. I watched the games with interest and it was indeed a hard fought event. I got the impression you kept your cool under pressure and handled setbacks well. If anything you got a bit unlucky with the white pieces, but were a beast with the black pieces. Before the event began I predicted you to score 6.5/9 so you fell short by half a point! That is OK.

I have been quite impressed by your humility, which I hope will inspire other players including rising juniors. My comment to your article 7 months ago holds: I feel happy for you.

Craig - I know we haven't played or spoken yet, but nice job.

That's great the event was run so smoothly.

Please note: I tried posting this comment last night but it has yet to be reviewed and published by site admins. So I tried logging in to the site, to see if that would help.

Last but not least, I agree: we strange players have proved adaptable.