The Origins of National Chess Day

Curious about the origins of National Chess Day, I decided to investigate it.  Many websites refer to President Ford proclaiming October 9, 1976 as National Chess Day, but none of them referenced a source. I called the US Chess office and was told they had no records for National Chess Day.  So I decided the best thing to do was to go to the source; in this case this was contacting the Gerald R. Ford Presidential Library and Museum in Ann Arbor Michigan.  My request was over the phone and I was told I would hear from them. After a month went by I had given up hearing from them.

Then one day I received an envelope in the mail with the return address of Gerald R. Ford Library.  Enclosed were the documents below, which provide a lot of historical information on how October 9, 1976 became National Chess Day. These documents are relevant to the ongoing discussion on the USCF forum and proposal to request President Obama to proclaim this October 9th as National Chess Day.

As stated in the December 22, 1975 memo from Max Friedersdorf, Assistant to the President [Ford] to the Honorable Strom Thurmond “except in unusual circumstances, it is not customary for the President to issue a proclamation setting aside a particular period for special observance unless he is authorized and requested to do so by Congress.” National Chess Day is recognized on the second Saturday of October, giving us a great opportunity each year  to “give special recognition to a game that generates challenge, intellectual stimulation and enjoyment for citizens of all ages.”

David Heiser is the president of Renaissance Knights. This article was originally posted in 2010. Celebrate National Chess Day in 2018 on October 13. 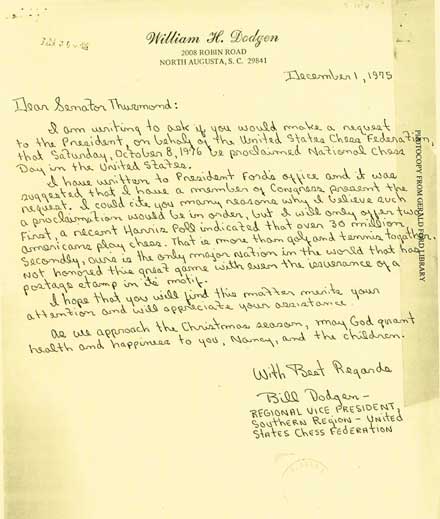 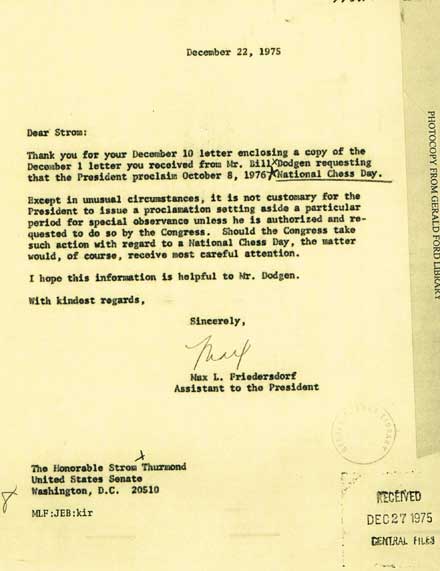 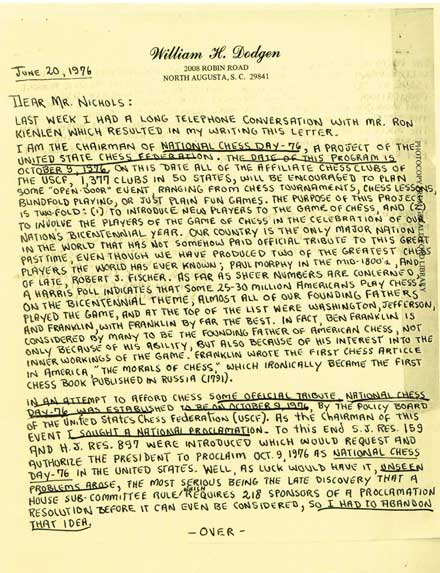 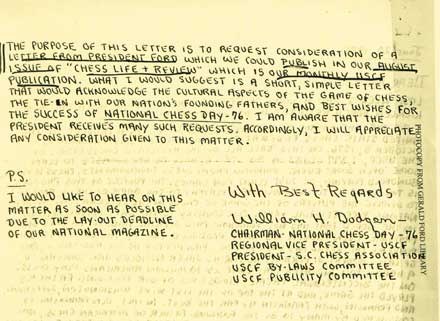 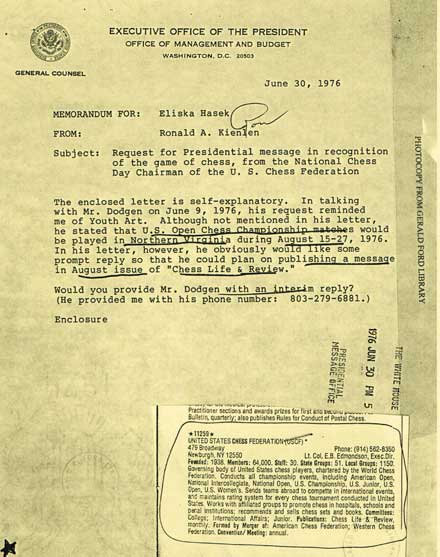 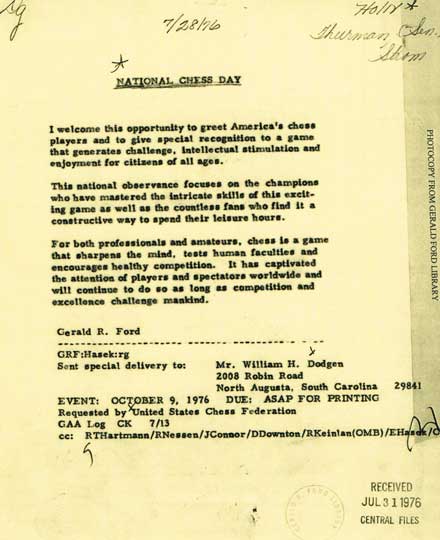