Team USA has arrived in Berlin to participate in the 30th NATO Chess Championship which is being held at Julius Leber Barracks from September 16th to 20th.  The top 30 boards of the competition will be broadcast live at https://www.natochess.com/2019/live/index.html.  Standings, results, and all games are also available at www.natochess.com. 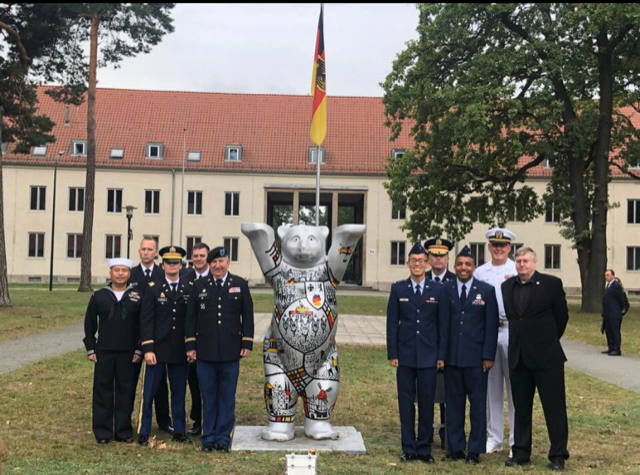