Spring Ahead by Improving Your Endgame 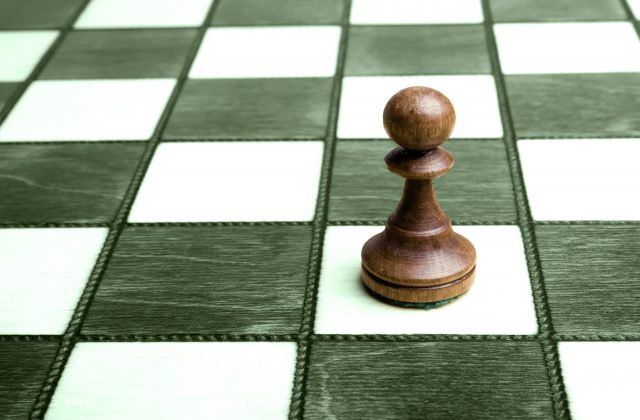 When I first started playing chess, I spent a lot of time studying the opening. Inspired by the World Champion at the time, Garry Kasparov, I spent hours memorizing lines in the Sicilian and King's Indian and dreamed of catching my opponent with my opening "preparation." However, twenty years later, older and perhaps a little wiser, I find myself preferring to study the endgame. This is for a few reasons. First, my ability to memorize enormous amounts of opening theory is declining. Also, my children are starting to learn chess, so I find that it's easier start teaching them the endgame since there are less pieces on the board. Finally, I've come to see the beauty of the endgame in the games of Capablanca and Rubinstein. I'd like to share a few of the recent lessons I've learned and been able to apply in my games.

Precision with the Pawns

This game was one of my early successes since my recent love for the endgame. Although king and pawn endgames are not incredibly difficult, precision is needed in specific positions. In the following game, I didn't play the most precise moves, but I learned a lot analyzing the nuances of this position.

One of the toughest parts for me to understand in the endgame was that I didn't always need to calculate everything if I understood what the most important elements in the position was. The following problem that I encountered helped solidify this concept in my mind.

Many years ago, I had a chess lesson with GM Gregory Serper when we lived in Cleveland, OH. He recommended I study a book by Capablanca but couldn't remember the name. When I got home from the lesson, I went online and saw two books by Capablanca - My Chess Career and Chess Fundamentals. I quickly ordered My Chess Career and got an e-mail from Mr. Serper that said that he had remembered the title of the book, Chess Fundamentals. A poor college student, I didn't purchase that book, but have benefited from my mistake for many years afterward. The following classic taught me the power of active rooks and the importance of the king in rook and pawn endgames. I used this lesson in a recent game in an OTB tournament. I allow my opponent an active rook as well, but my passed pawn are far more advanced than his, and I'm able to use a tactic to ensure promotion.

When it comes to rook and pawn endgames, I would be remiss if I didn't bring up the great Akiba Rubinstein. In the following game, a well known classic, Rubinstein invokes a weakness in Black's structure then takes exploits the weakness, eventually creating a passed pawn and slowly maneuvering despite Alekhine's fierce counterplay. I remembered these ideas in the final endgame. I gradually developed a plan, but used Rubinstein's probing rook moves while I gradually moves my pawns up the board. Eventually, I am able to cut off my opponent's king and use my own king to win a pawn. My opponent resigned before I had the opportunity.

A Work in Progress

Although I was very pleased with the endgames I shared with you today, I realize I have a long way to go. From my experience and talking to my chess friends and opponents, I think a lot of amateur players do not enjoy studying the endgame. However, I think adding a little study and training to balance out your study of the opening and middlegame can only benefit you. There are a lot of great resources out there. Two that I use a lot are Jeremy Silman's Complete Endgame Course and Jesus de la Villa's 100 Endgames You Must Know. I also recommend the classic Think Like a Grandmaster by Alexander Kotov, which has a very helpful chapter on studying the endgame. Spring is a great time of year. The flowers are blooming, and the grass reveals itself after months of snow (at least where I live). Maybe this is the season for your endgame to blossom. Check out the books that I mention as well as the games of endgame virtuosos like Capablanca and Rubinstein. You never know, perhaps you may even enjoy it!
SHARE: