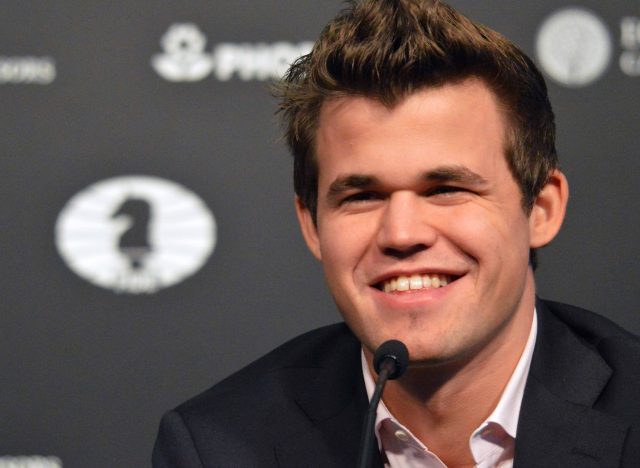 Entering into today’s game the World Championship match was tied 2.5-2.5 with all games ending in a draw. Again the world was wondering if either player would break through. FIDE Senior Trainer and FM Aviv Friedman said, “I am hoping for a decisive game.” Today was not the day as Karjakin with the White pieces failed to prove any advantage in a quick 32 move draw. Karjakin opened with the Spanish again and Carlsen played a nice pawn sacrifice in the opening which led to equality. Carlsen’s preparation seemed to be one step deeper than Karjakin’s. 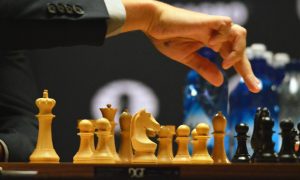 Despite the quick draw, there was quite a buzz in the tournament hall as a few celebrities were on hand. Murray Campbell, one of the creators of Deep Blue, the computer that beat Kasparov ushering in the dominance of the computer age, held a small press conference. He talked about the experience of programming Deep Blue and how the team was not quite sure if it could win the match. He said, “We were confident that we had a good shot at drawing the match.” One interesting comment coming from Campbell was, “I think humans and computers working together are better.” Perhaps this is the reason why Carlsen and Karjakin are so good. Their own natural talents and abilities combined with the computer’s brute force calculating strength make them nearly flawless. Fabiano Caruana also posted a photo and witticism upon his arrival in NYC (after the conclusion of the Champions Showdown in Saint Louis): 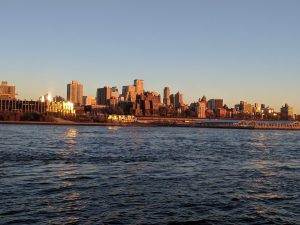 Thanks for the exciting welcome to NYC guys! #CarlsenKarjakin pic.twitter.com/1BI4x7WwPq

Tomorrow is a rest day and there is a divide on how the players will use the time. Karjakin said, “I will take a helicopter” and Carlsen countered with the quick, “I will not." Pressed further, Carlsen stressed the importance of using the rest day to take his mind off the pressure of the match. To this Karjakin replied, “It is important to not drink alcohol.” Enjoy your own rest day from the World Championship, and look for the next battle report on Sunday 11/20 with Carlsen getting the second Black in a row.