Shlyakhtenko on Winning at Dreaming King

For a chess tournament, the Dreaming King Open situates itself in an exquisite location: with a vivid, clear lake, reflecting the equally clear sky, palm trees everywhere, and a limitless number of tiny ground squirrels, it is no surprise that this tournament has long been one of my favorites. In 2014, before it was renamed to the DKO, I played my first ever major “adult” tournament here. I've been coming back almost every year since. 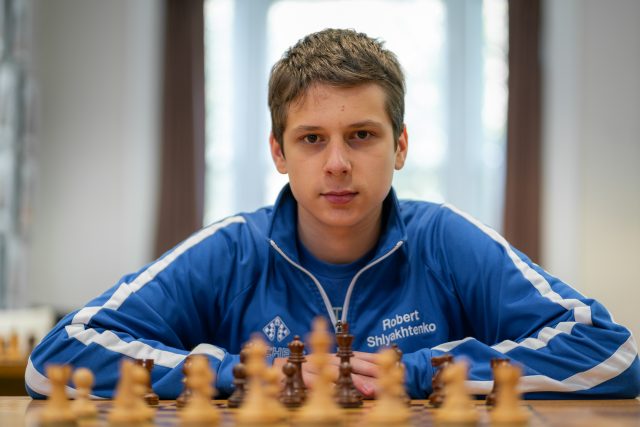 This time, I quite honestly wasn't expecting a good result. My previous tournament had been a month previously, an IM norm tournament that ended disastrously – I collapsed midway and ended in clear last, the first time this happened to me in recent memory. Despite working a lot on my chess during the winter break, the return of “dreaded” schoolwork meant that opportunities for chess study were limited. I didn't spend any time preparing for the tournament, and, as a result, I wasn't at all sure what my form would be; I came simply to play chess. It's a mysterious fact that it is exactly in such tournaments – where there is no pressure for a good result – that a player tends to have good performances. I ended up winning the tournament with 5.0/6, with four wins and two draws, ahead of six IMs. This article is a look back at how that happened – while I didn't play perfect chess (far from it!), practically all the games were interesting, both to play and to analyze.

Round 1 The tournament had both a 3-day and a 2-day schedule; as it happened, the three top seeds all chose the 2-day schedule, leaving me on Board 1 for the first round. The pairings were posted ten minutes before the round, leaving me with almost no time to prepare. I was playing black against Alex Wang, a 12-year old near-master whom I had already played previously. I quickly checked my notes on a completely random line in the Slav Defense, and sat down to play. The first interesting moment was reached on move 14. Black played 13...bxa3 14. bxa3 c5! and managed to equalize. Was this a good decision?

Instead white recaptured automatically, and black achieved fine play. Instead of acquiescing to equality, white continued to play ambitiously and soon found his queen misplaced:

A lucky start, which gave me sufficient time to relax before the next game.

Round 2 I was due to play white against one of my oldest friends, NM Gabriel Eidelman. Our previous two contests had ended ignominiously for me: in the first I miscalculated in an unclear position and lost, and in the second I misplayed the opening and was duly crushed. Therefore this game held a certain importance for me. After the opening I emerged with a position that was not necessarily better, but one in which my plan was very simple, whereas methods of counterplay for black were not immediately obvious. As a result I soon gained an advantage on the clock. The defining point of the game occurred on move 24:

As I remarked to Gabriel after the game, this brought my lifetime record against him to a “brilliant” -3...

Round 3 In Round 3 I played NM Vijay Krishnamoorthy as black. After outplaying my opponent in the opening, I fell victim to one of my oldest problems – inaccurate conversion of an advantage. The resulting debacle is almost spectacularly sad.

With this game, I relinquished my share of the tournament lead.

Round 4 It's time to talk a bit about the tournament situation. The two-day schedule started at the same time as our Round 3 with only six players – but three IMs. No one emerged unscathed; IM Dionisio Aldama, IM John Bryant, and Siddarth Sundaram each had 2.0/3. In the three-day, IM Alex Costello and NM Sandeep Sethuraman led with 2.5/3. At the time of the merge, the pairings were Sethuraman vs. Costello, NM Brandon Xia vs. Bryant, and Aldama vs. NM Serkan Salik. Meanwhile, I was to play IM John Watson as black. 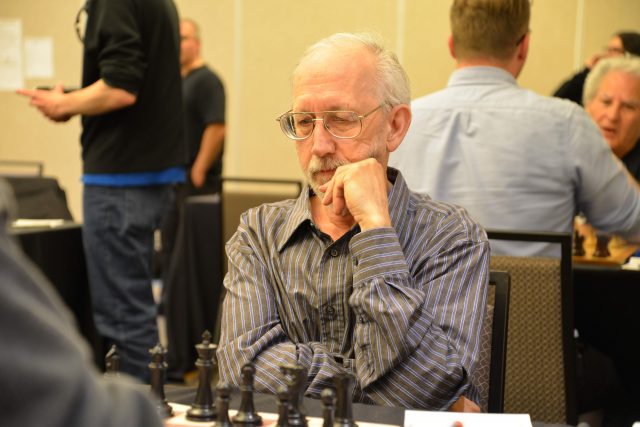 John Watson is a player I have greatly admired for many years; my first opening book was his Play the French, and my copy of Secrets of Modern Chess Strategy never seems to find its way back to the bookshelf. Thus, it was an exciting honor to play him over the board. The result was the one of the most tense games I have ever played. Out of the opening I emerged with what all “logical” rules of chess dictated was a disadvantage – but neither over the board, nor in analysis did I find a convincing way to prove this. My opponent spent a lot of time – first 24 minutes on move 10, then twenty more minutes on moves 14 and 15. Black's position resembled a springboard, full of pent-up energy: all at once it exploded, and all of a sudden the initiative passed black. On move 22, my opponent had three minutes left; I still had more than 40. I needed to accurately calculate one single variation, which led to a clearly winning position – and I did. But I didn't play it! It seemed to me that it was still possible to ruin the resulting position (perhaps I was remembering my Round 3 game?), and I didn't trust myself. Spending only a few minutes, I played a different, extremely tempting move, sure that I had a decisive mating attack. And then, with two minutes left on the clock, Watson found an incredible resource: the only way to save the game.

Shocked, I thought for fifteen-odd minutes, then some more, and I saw no more than a perpetual check. I decided to play a few moves down the variation – maybe there was something I was missing, and clarifying the position somewhat might help me see it? Suddenly, fortune favored me: my opponent deviated; the position was unclear once again. A difficult combination ending with a quiet move meant that my opponent was left with his king completely exposed on d4 – with only two minutes left, he failed to find the correct continuation and ... I won. This game left an indelible impression on me. Even now, a month after the game, after analyzing with my opponent, by myself, with engine, and others, I still do not think I have a fully accurate picture of what actually happened. Therefore the following annotations should be taken with a rather large grain of salt. I have selected several moments from the game which I think would be of interest to players as a solving challenge; the full game will follow below. I advise readers both to try and solve the positions, and also to click through the analysis in detail: there are a lot of beautiful variations hidden inside.

On the top board, Sethuraman vs. Costello ended in a draw, so both had 3.5/4. Bryant won and had 3.0/4. And Serkan Salik scored a surprise upset victory against IM Aldama and found himself with 3 points as well. Thus, I found myself fortuitously tied for first place.

Round 5 I was paired as white against Alex Costello, who recently earned his IM title at the North American Youth Championships in Canada. Alex is someone who I've played many times and gained a lot of respect for, so this was a game I prepared diligently for (by my standards). I prepared a rare but trendy sideline in the Gruenfeld, an opening I've been working a lot on lately. Before the round there were the usual announcements about the time of the next round, time control, and cellphones, but there was also this: “on the top board we have FM Robert Shlyakhtenko vs. IM Alexander Costello, in what promises to be an interesting game.” Perhaps we should have played a five-move draw to truly invigorate the audience, but both of us were in the mood to fight. Unfortunately the game was rather anti-climactic: in the opening black played a risky deviation and soon found himself down a pawn. Alex, in his usual style, tried to pose problems for me, but for once my conversion was up to the task. Thus I led the tournament by half a point going into the final round.

Round 6 After two blacks in a row on day two, I finished the tournament with two whites. This one was against IM John Bryant, who would only win the tournament if he won our game. Bryant has a very enterprising style, and when he is on form he can quite literally beat anyone. I expected him to play sharply for a win, so I decided to play a solid opening – the Colle. 5 o'clock came and went, and our game started. I pushed the d-pawn, which was promptly met by 1...Nf6. The game continued – 2. Nf3 d5 3. e3 – and suddenly my opponent began to think. Twenty minutes later, he played 3...e6 and offered me a draw. At first I couldn't believe my eyes – maybe I had misread the crosstable? Wasn't a draw sufficient for clear first? In fact I quite rudely exited the tournament hall to check the pairings once more – after satisfying myself that everything was in order, I accepted. Absolutely exhausted after playing an arduous 3-move draw, I pocketed the $1,800 winner's check.

The final crosstable for the 2020 Dreaming King Open can be viewed here. I'd like to thank the San Diego Chess Club and especially Chuck Ensey for organizing these tournaments. With great conditions and perfect organization (every round started on time!), there really are no better events in Southern California.