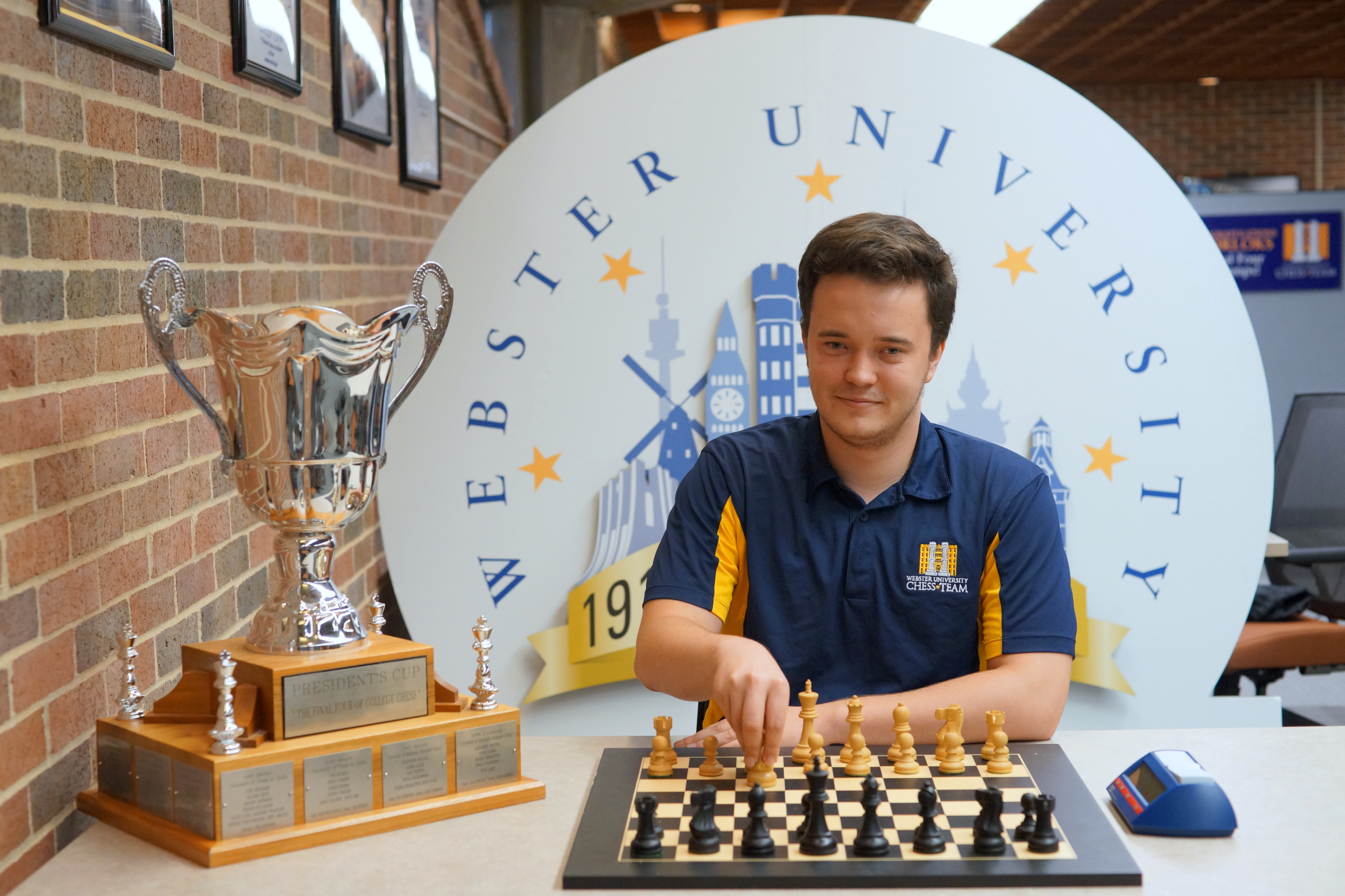 GM Alexander Shimanov, Photo https://chessdailynews.com/category/spice-webster/
The 2016 Mid-American Open saw no shortage of titled players, and featured six Grandmasters and three International Masters. The swath of titled players (and a host of FIDE and National Masters, to boot) had to face one another in the critical rounds which produced some fighting chess. When the dust settled after round five, GM Alex Shimanov sat atop the scores with 4.5/5, defeating fellow GM Conrad Holt in the final game to edge out a large group of 4-pointers. The second score group included GMs Illia Nyzhnyk and Julio Sadorra along with FM Todd Andrews and NMs Gopal Menon and Matthew Larson. Larson himself played a very strong attacking game against IM Michael Brooks in round 5 to move into the 4-point score group. FM Todd Andrews pulled off a relatively clean and straightforward win against David Peng in his final round to join the 4.0 score group as well. The two followed a Najdorf sideline where white was able to prove his pawns were, indeed, stronger and quicker.   Of course, I would be remiss not to include the critical match. Shimanov’s win over Holt, mentioned previously, sealed a clear first place for Alex as well as the top prize. While my compatriots Gopal, Will Aramil, and I had to leave the tournament early, we wondered if Holt would be able to hold the ending, thus vaulting Gopal into a tie for first. Unfortunately, he did not. Even more unfortunately, Gopal’s vegan lifestyle prevented me from indulging in my favorite reason for playing in St. Louis: Waffle House on the ride home. (Dear Waffle House, please expand to Illinois. Ty.) As for my own tournament experience, unfortunately it was more nightmarish than dreamy. I started off in round one with a horrific blunder. Upon entering the basement hotel room that hosted the main event Friday night, I felt as if I was entering a sauna instead of a chess hall. The room was extremely hot due to a large number of players and a lack of air conditioning. Five hours later, around midnight local time, I achieved the following position against Rishi Narayanan: Unable to recover from the blunder, I spiraled to a quick 0.5/3 before finally regaining my senses, just in time to return waffle-less and sad. Fortunately, Gopal cheered me up with a Vegan sushi burrito. (Yes, apparently, such things exist.) Next up in St. Louis is the Bill Wright memorial, April 1-3 at the Saint Louis Chess Club and Scholastic Center, and then later in April at the same locale, the always exciting US Chess Championships. I look forward to more fascinating top level chess in the Gateway City in the near future.   The complete results of all the sections of the Mid-America Open, as well as previous Continental Chess tournaments, can be found at the Continental Chess website at: http://www.chesstour.com/cross.html
SHARE: