Shankland on His Rise from GM to Top Hundred: Part II

GM Sam Shankland continues his series on breaking the top 100 players in the World. Read Part I here and also see his 2014 Best of CLO award. 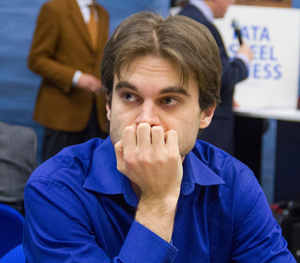 6. One is never too good to ask a victorious opponent what his or her mistakes were Post Mortems with strong players were always helpful for me in my youth, but I lost touch with them as I got deeper into grandmasterdom. It took a profound realization from a strong opponent for me to notice that when we get stronger it is even more important to ask our opponents where we went wrong after a loss. It's likely to be more subtle and less likely to be pointed out by an engine. 7. One does not have to be a weaker player than someone to learn from them For much of my development I naturally assumed that I should only be trying to learn from people who had made it farther in chess than I had, and that it was pointless to try to learn from others. Nothing could be farther from the truth. I don't even play blitz with my coach anymore because the score is so lopsided, but under his tutelage I have progressed at a rate I never believed I could. In addition, at the end of 2013 I put together a group of ambitious young players to do opening work with me, and I divided the assignments so nobody would be working on the same thing at the same time. This meant I had to only select people I could trust blindly when I needed to and who were good enough to meet my high standards of analysis. I was pleasantly surprised to find that this has less to do with playing strength and more to do with ambition and work ethic. This work has shown up in plenty of places and proved itself to be invaluable, both in having a fearsome opening lab and in having more time to work on other elements of chess. Here is a recent example where I completely crushed a 2600+ player straight out of the opening... with analysis that came straight out of one of my workmate's laptops. 8. There is no such thing as a risk-free position, so don't aim for one In recent years, I've found a lot of players are hesitant to enter complicated positions, in their preparation or ingame. I think this is unhelpful for one's overall development. Playing complicated positions gives our opponents more opportunities to make mistakes, and challenges us to make difficult decisions. If you look at even the most positional players at the top (Carlsen, Kramnik, Gelfand all come to mind), they played even maniacally aggressive chess in their developmental years, and they can still do it now when a position calls for it. I've now gone 51 games in a row without a loss, including several 2700+ players. But my last loss was a good reminder that any thoughts of "I cannot possibly lose this position" or "I cannot possibly lose to this player" can lead to disaster. 9. Play mainline openings, and don't be afraid to experiment I was reading over a chess.com forum once debating the merits of sidelines. Countless people were posting some version of "I don't have time or don't want to learn tons of opening theory, so I play sidelines (insert one of: anti-Sicilians, London system, any opening with "exchange" in its name, etc). They all had one thing in common- not one of them had a FIDE title. The stronger players were the ones who played the mainlines, and this is absolutely critical for a number of reasons. To begin with, higher rated players almost without exception would much prefer to avoid theory when playing with weaker opponents, so it is senseless to fear some devastating preparation in the mainlines. Secondly, the rationale of "this subpar line works for me now but it won't when I get stronger, I'll fix it then" is very dangerous. The last thing a chessplayer needs is to reach a level where he or she can no longer get away with a poor opening, and have to learn a new one from scratch and play their first game in it with zero experience. Most importantly, however, is that playing the middlegames that arise from mainline openings is an incredible learning experience for which there is no substitute. I was able to make it to almost 2500 with almost no preparation, and I don't think I could have done this by playing sidelines. After being an exclusive d4 player for 3 years, I finally gave e4 a try. The first few games were more experimentation- my preparation was obviously subpar and uneven. This did not stop me from winning two great games back to back against strong opposition: As I worked e4 into my repertoire, I found it was a better fit for me. My results in rated games seem to agree: 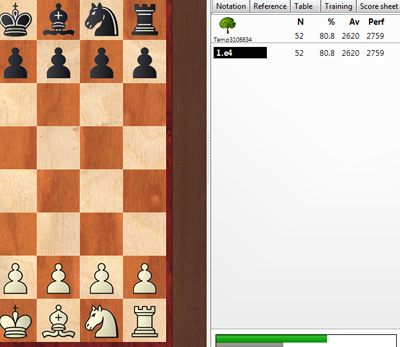 10. Dynamic players absolutely must learn to be good defenders In general I think it's very hard to make progress in chess without constant work on tactics, calculation, and other dynamics. They are always present even in the most subtle of games. But what I realized in particular is that when one follows the advice from 8th lesson and reaches highly complex positions, no matter how good one gets at dynamics, things can always go badly wrong. When they do, it is absolutely critical to bring good defense to the board, to stay focused, and to never say uncle until there is not a single resource or trick available. I previously mentioned that I have gone 51 games without a loss- this is in no way due to playing conservative chess, as I managed quite a few good wins in this timeframe, plus 30 rating points. It has everything to do with defending resourcefully when ambitious play backfired. A clear case of my improved defensive skills can be seen in this recent game with a top-ten player: While this is the one I was most proud of, I managed to save quite a few unpleasant or even lost positions in the past year, even against GMs. WHERE TO GO FROM HERE If there has one thing that has never changed throughout my entire career, it's that the better I get at chess, the more I realize there is to learn. While I'm very happy with my rate of improvement in the last year, the road to chess mastery never ends and I'm happy to say I think I have found the next thing I should put a lot of attention toward. Going back to the first lesson of questioning one's own success, I  found the first example of an unpleasant recent trend in one of my wins from early 2014. This was a clear case of relaxing a little too early and letting up when it still required precision and focus to bring the point home. The fact that I ultimately won the game anyway is irrelevant, and probably even actively unhelpful. Had this game taken place six months prior, I might have completely missed the red flag that I should work on keeping my focus and improving my technique in superior positions. While I was aware this was an area that needed work, it somehow got pushed aside while I worked on other problems I felt to be more pressing. Another key example that I might have overlooked due to my victory in the game can be seen from the penultimate round of my best result to date: Once again, I got lucky that my complacency went unpunished. But going forward, my luck started to run out. In particular my most recent event, the Tata Steel Challengers Group, saw several cases where I failed to convert advantages into wins. The most glaring example was my game with Valentina Gunina: Had I won this game and a couple of the other promising or even winning positions I had, I could have seriously fought for first place alongside Wei Yi and David Navara instead of settling for a very decent but unspectacular result. While this problem cost me more half points in Wijk Aan Zee than anywhere else in recent memory, it certainly did its damage in other tournaments as well. I will aggressively address the issue of my subpar technique in the coming months, but only time will tell if this will be what takes me to the next level or not. To say I'm happy with my recent performances would be an understatement, but the road to chess mastery never ends. Now that I am solidly in the top hundred in the world, I feel as though I have finally made it to the base of Mount Olympus, and that the hardest part lies ahead- the climb. But, nothing easy is worth dedicating one's career to. With several great and challenging events coming up this year, including but not limited to the US Championship, World Team Championship, and World Cup, I'm looking forward to starting the trek right away. Find out more about Sam on his official website, his facebook page and follow him on twitter.
SHARE: