Shabalov and Popilski Top US Open 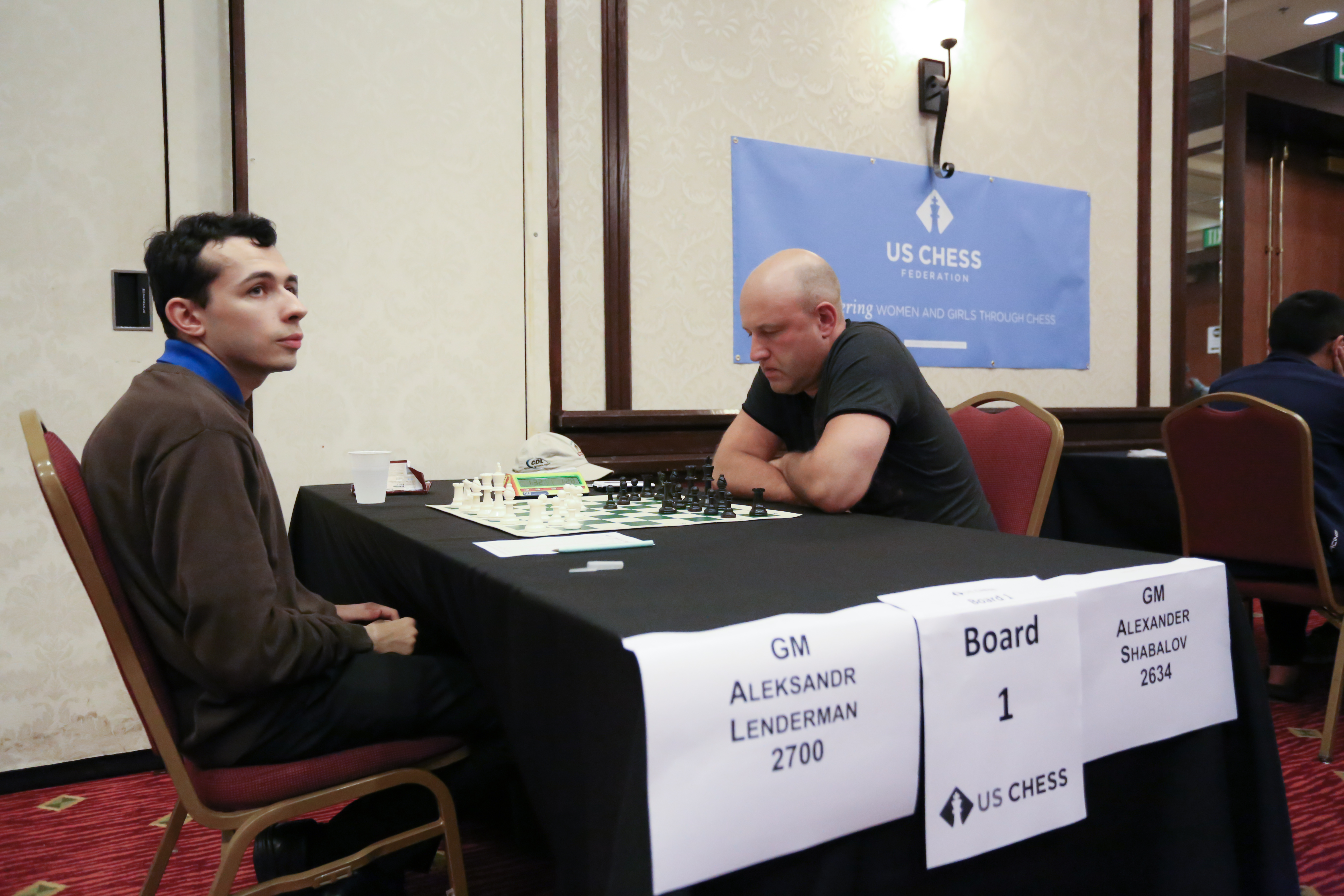 GM Aleksandr Lenderman vs. GM Alexander Shabalov, Photo Anne Buskirk
The 117th Annual US Open saw 389 participants compete across the nine, six, and four-day schedules. But when the dust settled Sunday night, only two stood atop the standings: Grandmasters Gil Popilski and Alexander Shabalov. Both reached their score of eight in different ways: Shabalov suffering a loss to IM Zurab Javakhadze in round five while Popilski took a first round bye and drew GM Ilia Nyzhnyk in round six. Shabalov also won the playoff for the official US Open title and earns a coveted spot in the 2017 US Chess Championship. IM Ruifeng Li and GM Fidel Corrales-Jiminez finished in the second score group, both on 7.5/9. 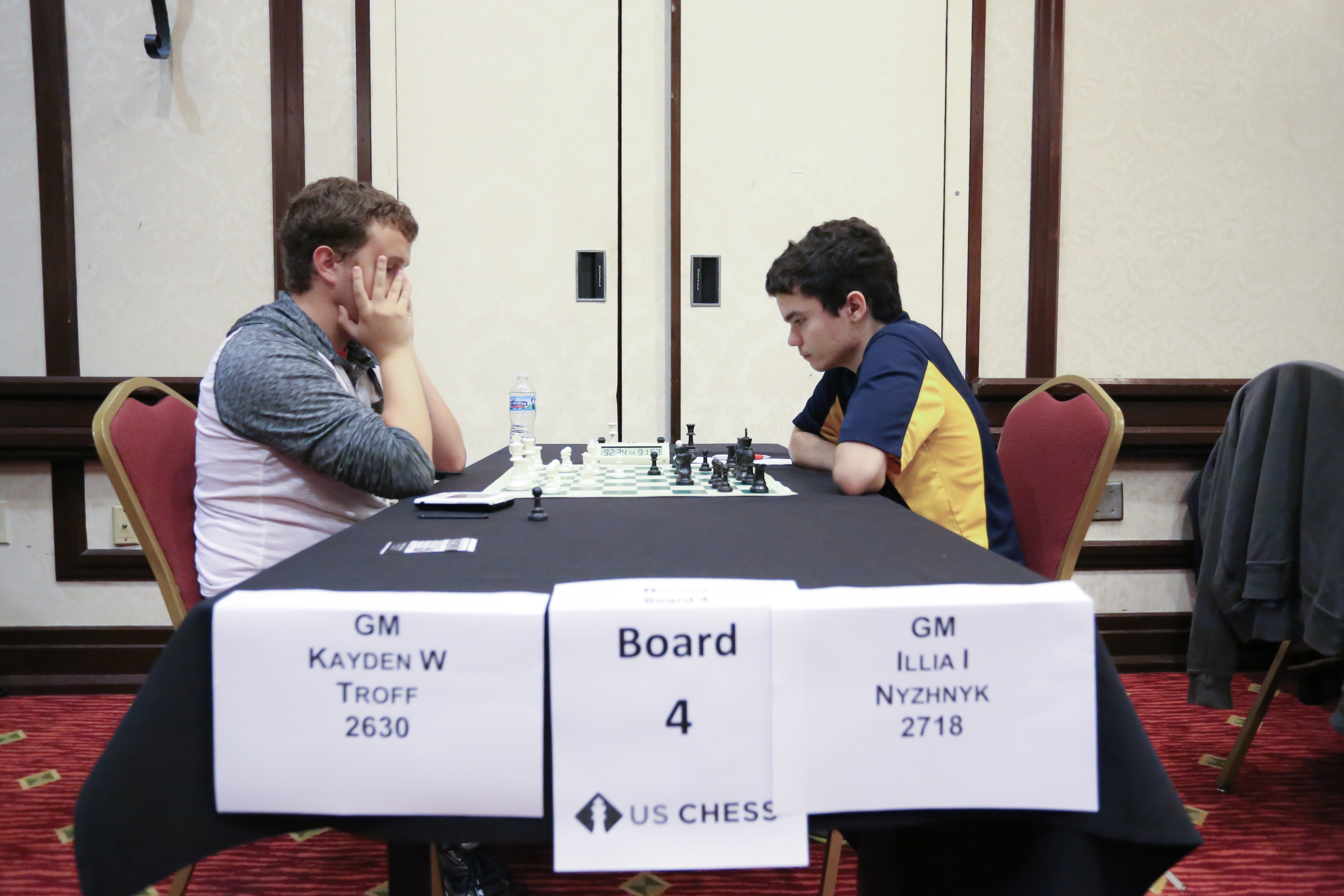 GM Troff vs. GM Nyzhnyk, Photo Anne Buskirk
The tournament was held at the Indianapolis Marriott East and apart from the main event also featured daily side events, including a weekend Swiss, daily quads, a game-15 championship, and a blitz championship. GM Timur Gareev also gave a blindfold exhibition and lecture. 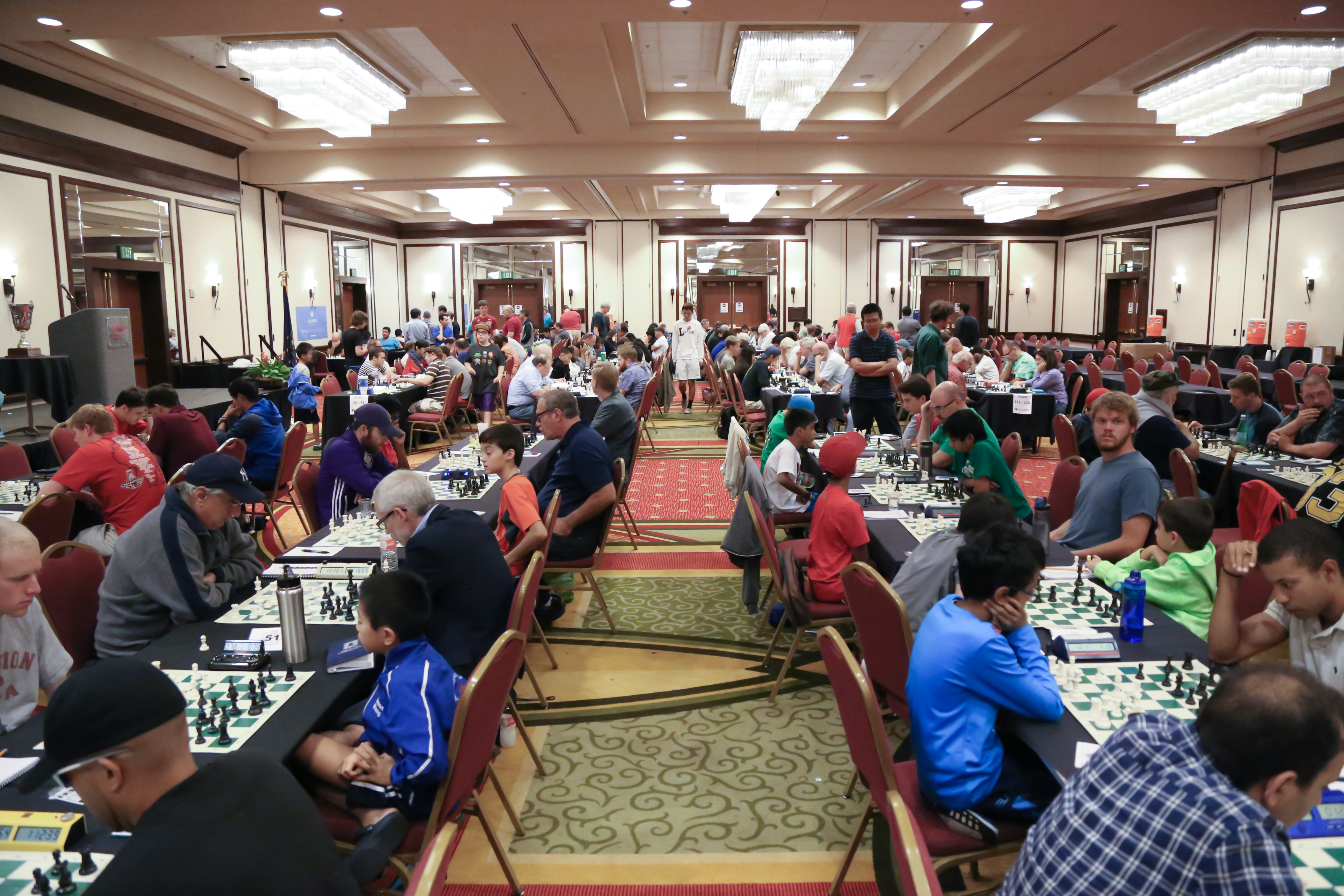 After defeating GM Joel Benjamin in the 9th round, Gil Popilski could only wait and watch to see if anyone would match his 8 points. The critical game occurred between Shabalov and GM Aleksandr Lenderman, which is annotated below as our final game of the day. Find full final standings here.
SHARE:

Nice how shaba versus lenderman got his Q that was behind his B on the key diagonal going to f2 over to the scarier in front of his B position for the Q. The passed pawns connected and advanced meant the defending R would have to leave the 1st rank therefore the K had to leave it as well!