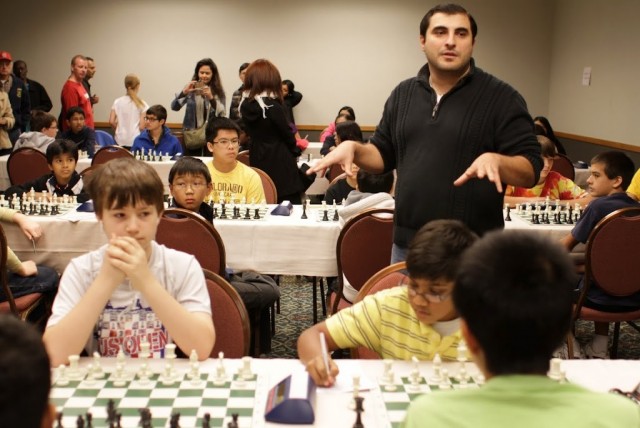 Sevan Muradian, an innovative and respected organizer from the Chicago area, died unexpectedly at 40 years old on February 17, 2016.  Sevan was an International Organizer and Former US Chess Organizer of the Year. He was also the manager of the Chicago Blaze and owner of Chess IQ. He organized dozens of norm tournaments, where promising young American players made their first steps to prestigious titles. Chris Wainscott, who will be writing a full obituary for US Chess shortly, said of the sad news,"He was a close friend and mentor to many." Find more on fide.com and chessdailynews (where there is a link to a gofundme page for Sevan's daughters' college fund.)
SHARE:

Sevan's insight and contribution to the US Chess Federation Rules Committee is already missed among us. Our sincere condolences to his family and vast network of chess players, coaches and organizers. A loss for the entire chess community. On behalf or the US Chess Federation Rules Committee, David Kuhns, Chair.
Heartfelt condolences to his family. May be God needed an excellent organizer for chess in heaven. May his soul rest in peace.
He was actually only 40... http://danielparmet.com/article/sevan_muradian
If the age was wrong it was my error and not CLO's. I was still stunned when I sent some initial info.
I just came back to find this out now. Sevan was my Microsoft Instructor and he did a great Job at teaching me at the Northwestern Business College. My deepest condolences to him and his Family. You will be missed greatly Sevan, May God rest your Soul!!!