Seniors Rule at the US Amateur Team South 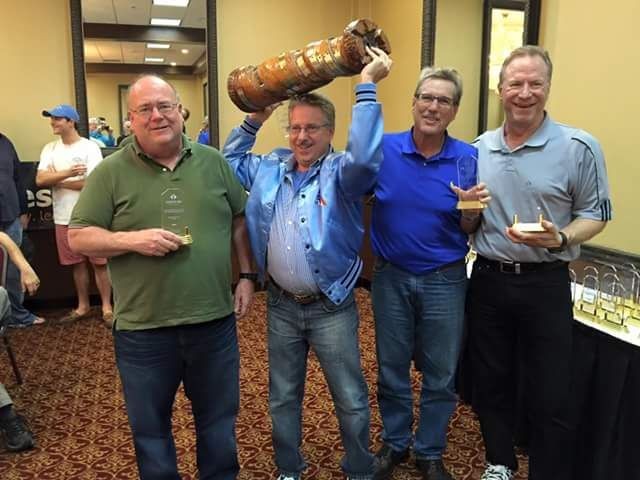 USAT South Champions, Chakis-mate: (from left to right) Robert Persante, Peter Dyson, Larry Storch, and John Nardandrea
When putting together a team for this year’s version of the USATs, I had some obstacles to overcome.  I was moving in February and could not commit to playing until I knew the closing date.  When I found I could play, the player I targeted for first board had joined another team.  So my good friend,  Life Master John Nardandrea (2234) and I (2204) set out to form a senior team with the goal of winning the senior prize, after all, we were well past our peak playing days.  I called my good friend Life Master Bob Persante (2200) who last played a standard time control tournament as my teammate in 2008.  After agreeing to play, John and I strong-armed a reluctant Peter Dyson (2144) who only plays once a year in his own Space Coast Open Tournament.  I assured everyone that we would have fun and win the senior prize. One player who was missing was Steve Chakis, a frequent teammate of ours who passed away in 2011.  Steve played on two of my teams that won the USATS, in 1997 and 2004.  That 2004 team named The Return of the Kings also featured John Nardandrea and Peter Dyson.  John and I were on the winning team in 1995 played in Baton Rouge, Louisiana so we were all experienced warriors.   When it came time to name our team, Steve came to mind and we were in agreement that his name should be involved.  His optimism and spirit always affected his teammates and he won the event not only with us, but with other teams as well.  Steve had been a member of winning teams so often that National Tournament Director Harvey Lerman referred to him as the Amateur Team’s good luck charm.  All of us agreed that our name should honor him, so we called ourselves Chakis-mate.  Obviously, Steve’s spirit lived on in Tampa for this tournament. The tournament featured a number of very strong teams and we were ranked second at 2195.5.  Despite our seeding, we knew that was not a guarantee of success.  After winning our first two matches 4-0 and 3-1 we were paired against the top rated team, Victorious Secret with senior master John Ludwig (2439) on first board.  The match reached a tense point when both Ludwig on first board and WFM Ciubara (2129) on third board sacrificed pieces for attacks.  Nardandrea accurately defended and Ludwig opted to take a draw by repetition.  Ciubara wasn’t as lucky as Persante untangled his pieces winning the game and giving us the match 3-1. Sunday morning saw a tough match against Scarlett Warriors, a team with two masters and two experts.  We seemed to be winning on fourth board but Dyson’s initiative was undone by bishops of opposite color and eventually all four games would be drawn.  That result set up an exciting last round.  Chakis-mate and Scarlett Warriors had 3.5/4 and would be playing two teams chasing us with three points.   Our first board matchup was against Chess Lives Matter while Scarlett would be taking on The Sky’s the Limit headed by FM Mark Ritter (2347).   In our match, all four games would go down to the final minutes.  My game on second board was against Vlad Yanovsky (2245) a very aggressive player who had a great year in 2015.  Vlad lost a pawn to an opening trap out of a Nimzo Indian turned semi-Tarrasch but had plenty of compensation.  Both sides had opportunities for tactics that may have won, but the game simplified into a Rook and Pawn ending that was winning for me.  However, with four seconds left on his clock, Yanovsky sacrificed his rook for stalemate! On the lower boards, Persante turned his disadvantage into a win against Yan Miellier (2176) and Dyson outplayed John Salisbury (1979).  We didn’t know what to expect from Nardandrea’s game on first board as Mike Zaloznyy (2294) sacrificed material and was chasing Nardandrea’s king across the board.  But John defended brilliantly and won that game too!  We had won the match 3.5-.5.  Over on the second table, the Scarlett Warriors were crushed by Sky, 3.5-.5 and Chakis-mate became United States Amateur Team South champions! Our team played great chess.  Bob and Peter both scored 4.5/5 but were denied board prizes by Alan Kantor (board three) and Kai Tabor (board four) who each went 5-0.  This was my fifth time winning this event, but the last one came twelve years ago!  In the end we also won the senior prize and are looking forward to competing in the USAT playoffs. 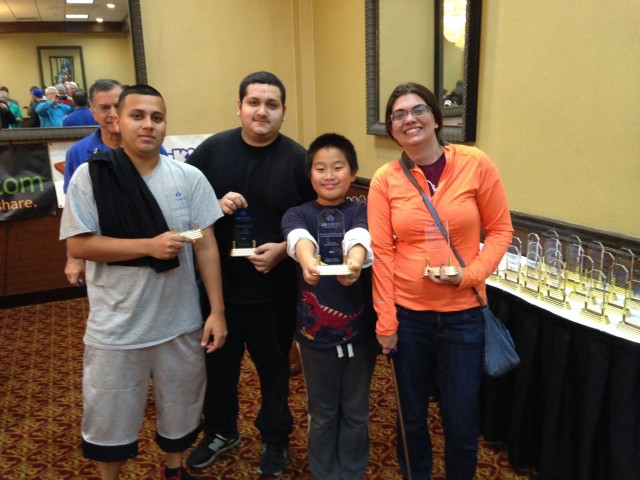 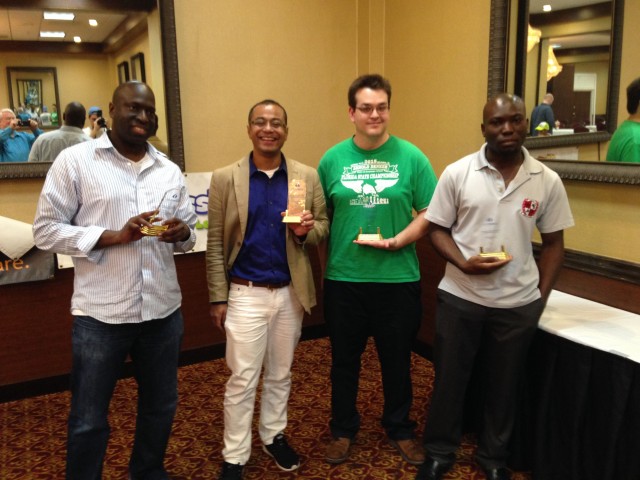 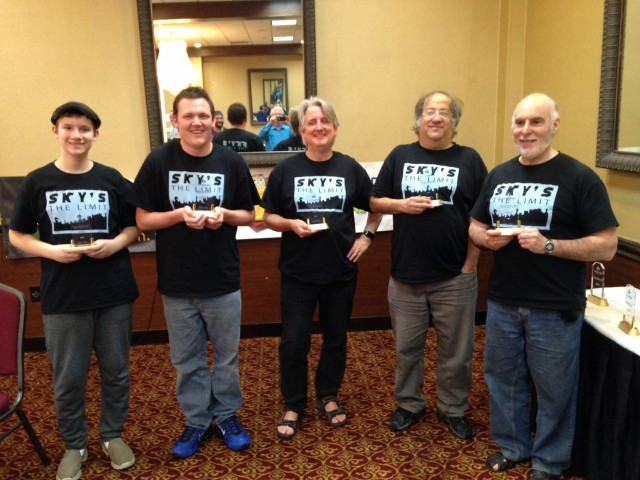 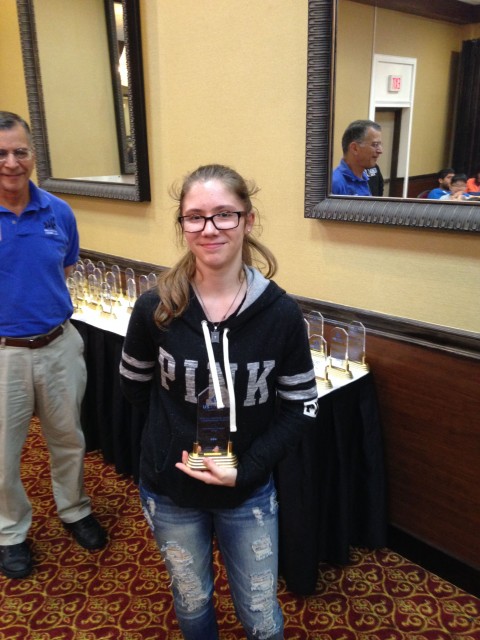