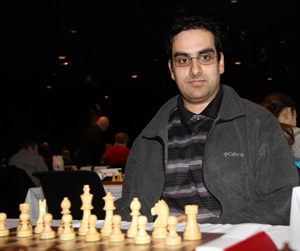 […] As those of you who read my latest US Chess article know, I have three GM norms so getting the title is a matter of reaching EL… As of last August I needed over a hundred points. With my FIDE rating currently at 2430 it is now […]
Way to go Justin! I knew 15 years ago that you would be quite successful. Congratulations!
Congratulations Justin!