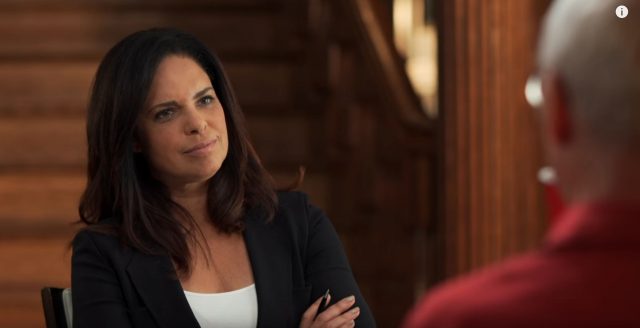 A"> preview for the HBO Real Sports episode can be viewed on YouTube.
SAINT LOUIS (October 22, 2018) — REAL SPORTS WITH BRYANT GUMBEL, TV’s most-honored sports journalism series, with a record 18 Sports Emmy® Awards for Outstanding Sports Journalism, returns for more enterprising features and reporting when the show’s 259th edition debuts TUESDAY, OCTOBER 23 (10:00-11:00 p.m. ET/PT), exclusively on HBO. Segments include: *The Gateway to Chess. In the heart of St. Louis is one of the largest chess clubs in the world, across the street from the memorabilia-filled Chess Hall of Fame. Both initiatives have been spearheaded by uber-wealthy, local philanthropist Rex Sinquefield, who, armed with unimaginable wealth and relentless drive, has a vision to make his favorite game into America’s too. The nation’s “Gateway to the West,” best known for baseball and beer, is falling hard for the game, due in large to Sinquefield’s grassroots movement that includes more than one hundred public schools that have introduced chess into their curricula. REAL SPORTS correspondent Soledad O’Brien travels to the newly-touted chess capital of the world and meets Rex Sinquefield to learn more about his vision to make the classic game of strategy the modern American favorite. Producer: Tim Walker. The executive producers of REAL SPORTS WITH BRYANT GUMBEL are Rick Bernstein and Joe Perskie. For more information, please contact: Kiley Herndon Saint Louis Chess Club (314) 309-0799 kherndon@saintlouischessclub.org
SHARE:

[…] more details on the show, see the press release posted earlier this week and the YouTube preview […]