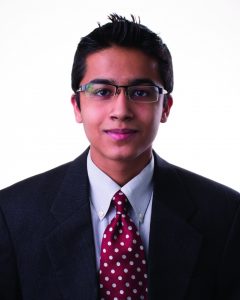 Akshat Chandra, Photo STL Chess Club
Congrats to 17-year-old Akshat Chandra of Quest to GM, who recently earned his final GM norm at the Autumn Invitational at the Saint Louis Chess Club (Nov 17-22). He finished the event with 6.5/9, joint first with GM Priyadharshan Kannappan. Chandra wrote an in-depth piece on his blog, now re-named "akshatchandra.com" with annotated games on his victory. His victims in the 10-player round robin included GM Ben Finegold, IM Aman Hambleton and WGM Tatev Abrahamyan. Chandra is also active on twitter and wrote after his victory.

He also contributed a piece for the Saint Louis Public Radio on his feat. 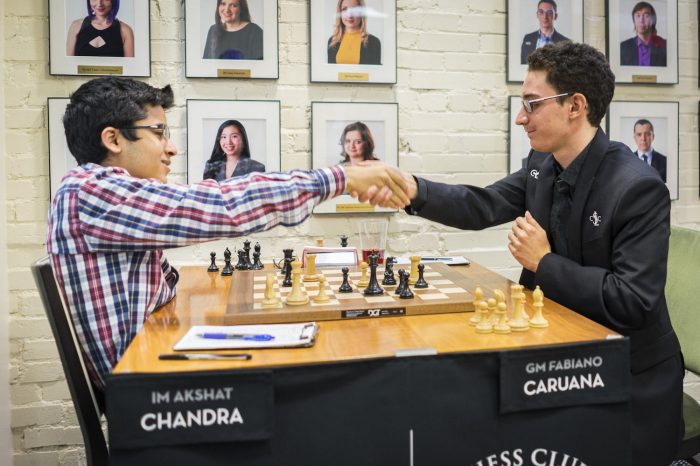 A very instructive game on how to play against this type of structure. 31.Rf5! was a nice finishing touch. Congratulations GM-elect Chandra!
31. Rf5!! What an amazing shot!
[…] Find out more about the Autumn Invitational here, including the GM section, in which Akshat Chandra earned his final GM norm. […]